Publix customer's response to being shamed by employee grabs attention

He went to the Loganville store this week for a sub sandwich, but the ordinary trip turned sour. 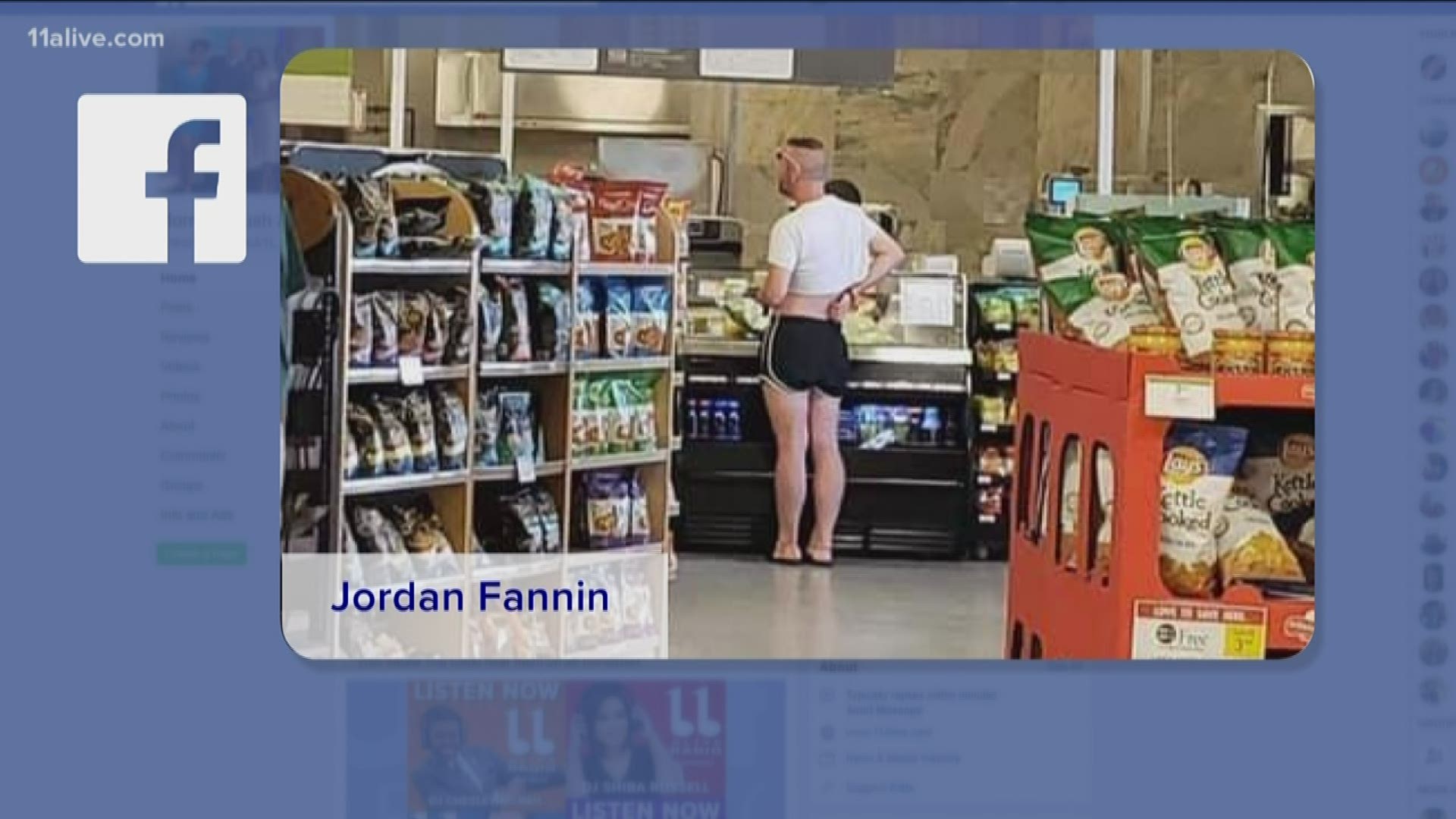 LOGANVILLE, Ga. — A Publix customer's response after apparently getting shamed for his outfit by an employee has people online cheering because he defended himself.

Jordan Fannin said he went to the Loganville store this week for a sub sandwich, but the ordinary trip turned sour.

"Yesterday afternoon I went to Publix in Loganville to get a sub," he wrote. "I was served in a timely manner, my food was great as always and I went about my day. This morning I had two friends send me screenshots such as this one below, where evidently an employee thought I looked like I 'thought I was in Walmart'."

Fannin spoke to 11Alive and said he later learned the person who posted the photo was actually Publix manager - one who worked at another location and happened to be in Loganville.

He said he's reached out to Publix, but that the grocery chain hasn't been very helpful.

Fannin, a 25-year-old who said he's lived in Loganville all his life, wasn't pleased with the slight, telling 11Alive it was "humiliating, really embarrassing."

But he decided to take it in stride, writing, "for one this made me laugh because even when I’m bumming I still look cute, so if she saw people looking like this at Walmart then Walmart customers have obviously saved a lot of money and stepped up their game."

But Fannin also pointed out that it's in poor taste for people to share photos of others without permission, though he said he didn't mind the photo showing off how good his legs look "even from far away!"

While he added he was disappointed at what happened, he was fine that it happened to him and not someone who may not have been able to see the humor in the situation.

"This is so embarrassing and sad," he said. "Luckily I’m very comfortable with who I am and what I wear and everyone who knows me knows that. But if it were someone else, they may not have found it so amusing ... What if someone took their own life because you posted something mean and hateful about the clothes they were wearing or how they looked?"

Fannin wrote that he had been in touch with the store's manager. 11Alive reached out to the grocery store chain's Atlanta Division for a response on the matter. In a statement, a spokesperson said they had addressed the issue with their associates.

"Publix is an equal opportunity employer with respect for the diversity of our associates and customers," the statement read. "We consider this an HR matter and will not be able to comment further."