Voting early? Here are the wait times at polls in the Austin area

You can find out how long wait times are at Austin area polling locations here. 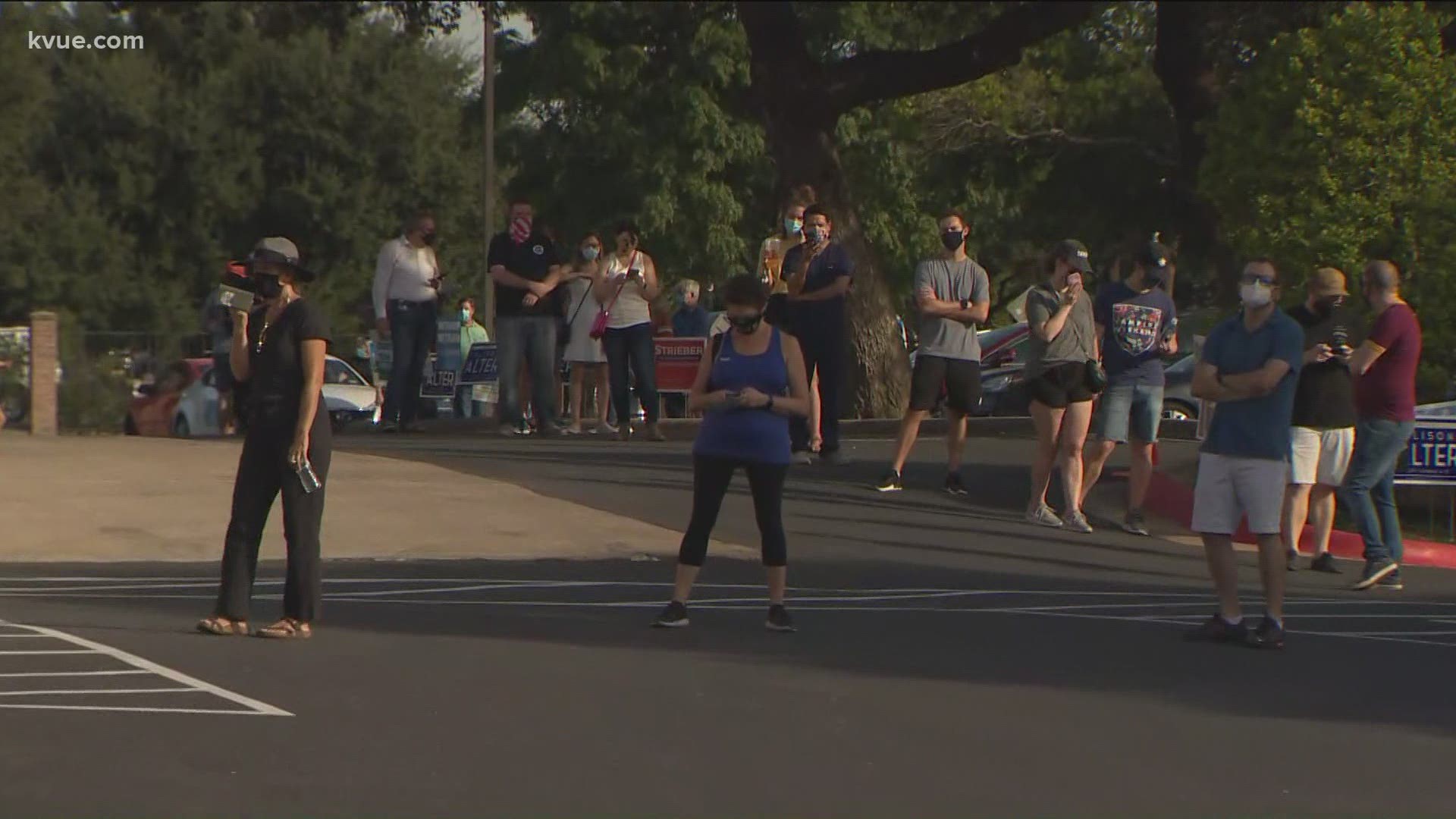 As eager voters head to the polls, that means people can expect long lines around the area. KVUE's John Gusky captured a photo of a long line at the Renaissance Austin Hotel at the Arboretum just an hour after the Arboretum Boulevard location opened on Oct. 13.

RELATED: November voter guide: What you need to know to vote in Central Texas

RELATED: How to find early voting locations in Austin and Central Texas

As far as wait times are concerned, the Travis County Clerk's Office has a map on its website that updates with the approximate wait times for polling locations around the City.

For Williamson County, voters can enter their address online and a list of locations will appear in search results with wait times.

Travis County Clerk Dana DeBouvoir told KVUE Monday that she didn't expect long lines during early voting due to the county's large number of early voting locations. However, she said Tuesday that the first-day turnout was bigger than her office anticipated.

"We knew that today [Oct. 13] was a big day. It's bigger than we thought. That's what's happening. We're thrilled to have them out here," DeBouvoir said. "With 37 locations, I didn't think there would be an hour-long line, but we are seeing that in some places."

Be sure to check out KVUE's voter guide, which covers everything you need to know about the 2020 election, including what will be on your ballot.

Once the polls close on Nov. 3, KVUE will keep track of the 2020 election results here. Mail-in ballots that are postmarked before Nov. 3 can be received by local elections offices by 5 p.m. the day after Election Day, so mail-in ballots in Texas are expected to take longer to tally.

Be sure to download KVUE's app to get updates as they come in: kvue.com/app. On the KVUE app, you can customize the type of content you would like to be notified about and see the most, including election and voting information. Find out how to customize KVUE's app here.

November voter guide: What you need to know to vote in Central Texas

How to find early voting locations in Austin and Central Texas