As plans move back to Charlotte, political experts think the end result will be a virtual-heavy event. 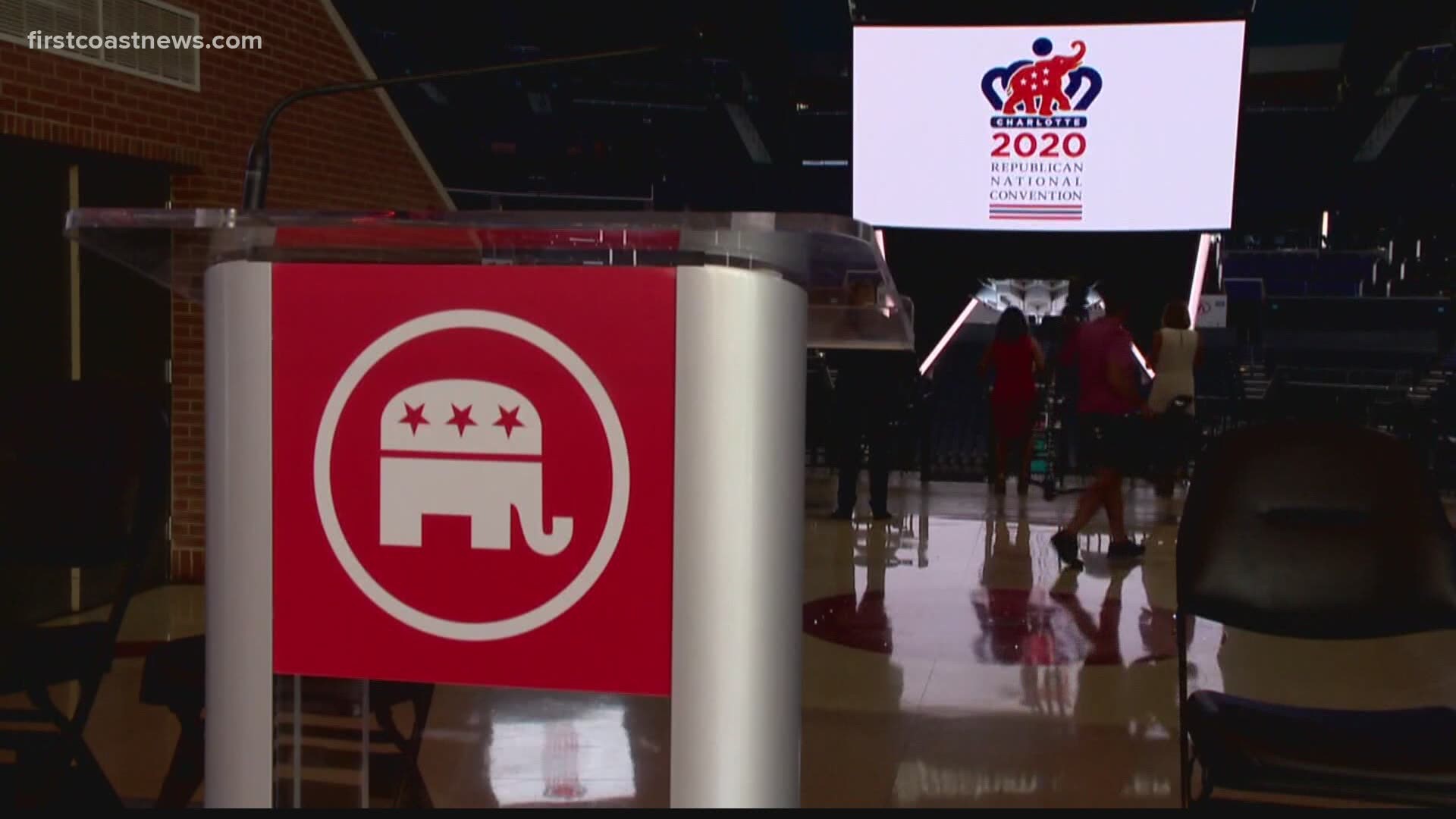 JACKSONVILLE, Fla. — Friday marks one month until the Republican National Convention, which will no longer be hosted in Jacksonville.

Those plans were canceled Thursday by President Donald Trump with the announcement that the RNC will return to North Carolina.

“Long term politically for both Gov. DeSantis and Mayor Curry, they may find this being canceled is a blessing not only for the community but for their political futures,” Florida State College at Jacksonville political science professor Daniel Cronrath said.

He was surprised by the Thursday announcement to cancel RNC plans in Jacksonville, with a virus that continues to spread — the stakes were already high.

Host cities typically have years to plan and prepare, so with just 75 days to get ready, Cronrath explained that would not do the city or its residents justice with the event.

“I think a lot of the original planning and investments that the City of Charlotte put toward this event will be able to accommodate far better than the ad hoc way Jacksonville was trying to pull it off,” Cronrath said.

The City of Charlotte released a statement pointing to an agreement in place with the RNC for a scaled-back meeting: accommodating 336 of the 2,472 delegates in-person.

Cronrath thinks the RNC will look more like what the Democrats are doing with their convention — having outlined a virtual plan weeks ago.

“Optically we don’t know how many people will be there. How will that be staged. The political stagecraft for that,” Cronrath said.

RELATED: Charlotte city councilman hopes new RNC plan can be made for Charlotte

RELATED: 'We're going to have to rethink:' Jacksonville businesses see RNC cancellation as another financial blow

RELATED: Community reacts to President Trump's cancellation of the RNC in Jacksonville