“It wasn't just me. It was two other people who were going to get work out of this also,” said Connie Estey of Seawalk Custom Florals. 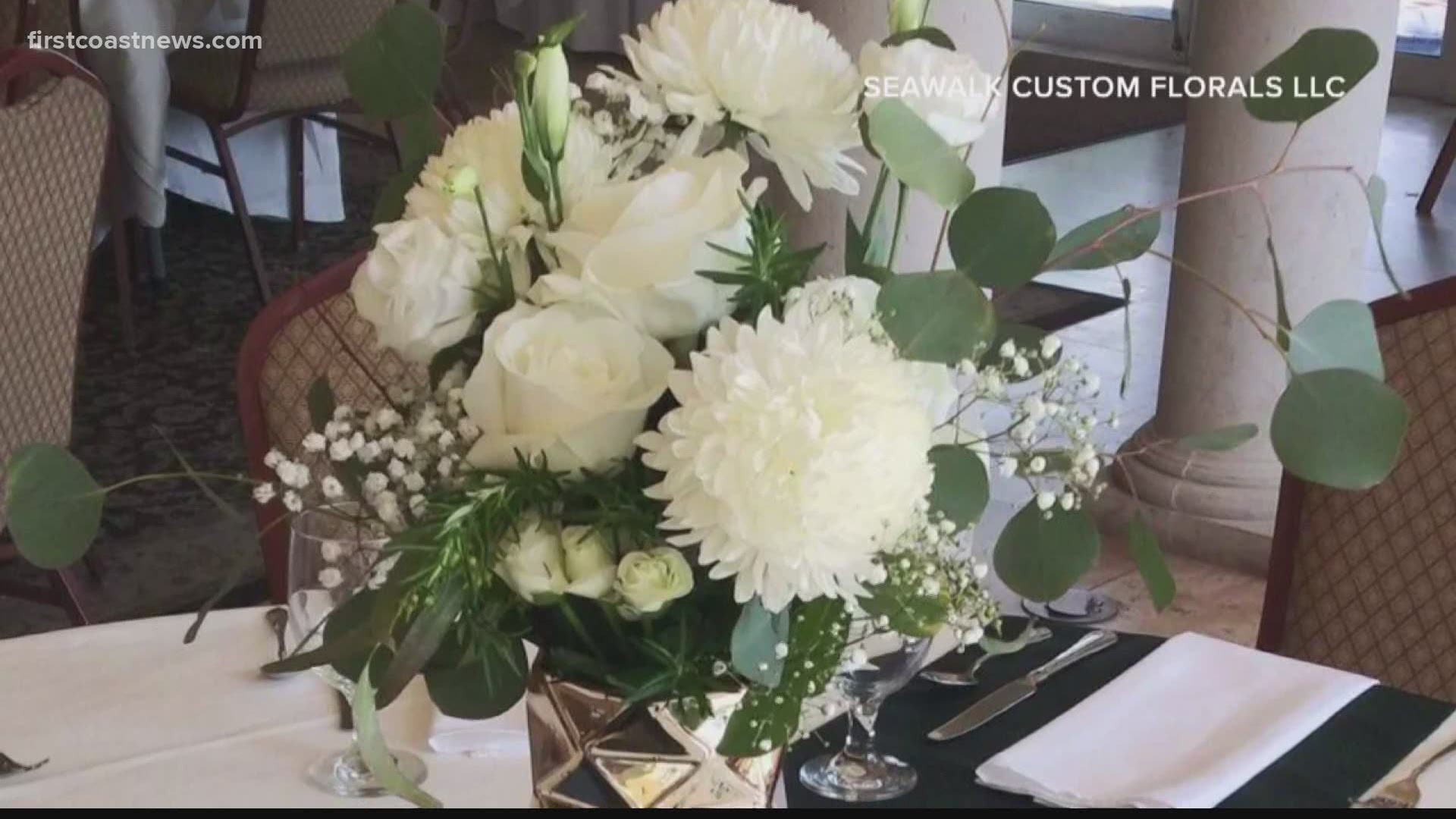 JACKSONVILLE, Fla — Companies who were counting on orders to save their year were told their services were no longer needed when the Republican National Convention was canceled in Jacksonville.

“Everything fell flat,” Connie Estey said, "You know, nothing is going on."

The On Your Side team introduced you to Estey shortly after her business, Seawalk Custom Florals, was named a vendor to the RNC. She had been getting calls and orders from out-of-state groups planning to attend. Then it all stopped when President Donald Trump announced last month he was canceling the Jacksonville segments of the convention, citing a "flare-up" of the COVID-19 pandemic.

“It wasn't just me. It was two other people who were going to get work out of this also,” Estey said.

Estey had to call off the help she requested from subcontractors working on the orders. She explained about 99% of her business income has dropped as events this year have been canceled due to coronavirus.

What could have saved her dismal year puts her right back where she was.

“I was a little disappointed, but I'm an optimistic person, so everything happens for a reason,” Estey said.

Now, Estey is hoping for a rebound with weddings and parties next year. In the meantime, she’s encouraging anyone who can to shop local and think about the small businesses trying to stay afloat in uncertain times.

VENDORS NAMED: RNC Host Committee lists hundreds of local businesses as vendors for August events. Hear from a local florist who says this could save her shop after coronavirus decimated orders @FCN2go at 6:13p pic.twitter.com/alHrzXZxmV

RELATED: 'We were trying to get an economic shot to our community': Mayor Lenny Curry discusses cancellation of RNC in Jacksonville