Jacksonville sheriff: 'Significant concerns' with viability of RNC in town

Jacksonville Sheriff Mike Williams told reporters Monday "I don't have what I need to keep our community safe." 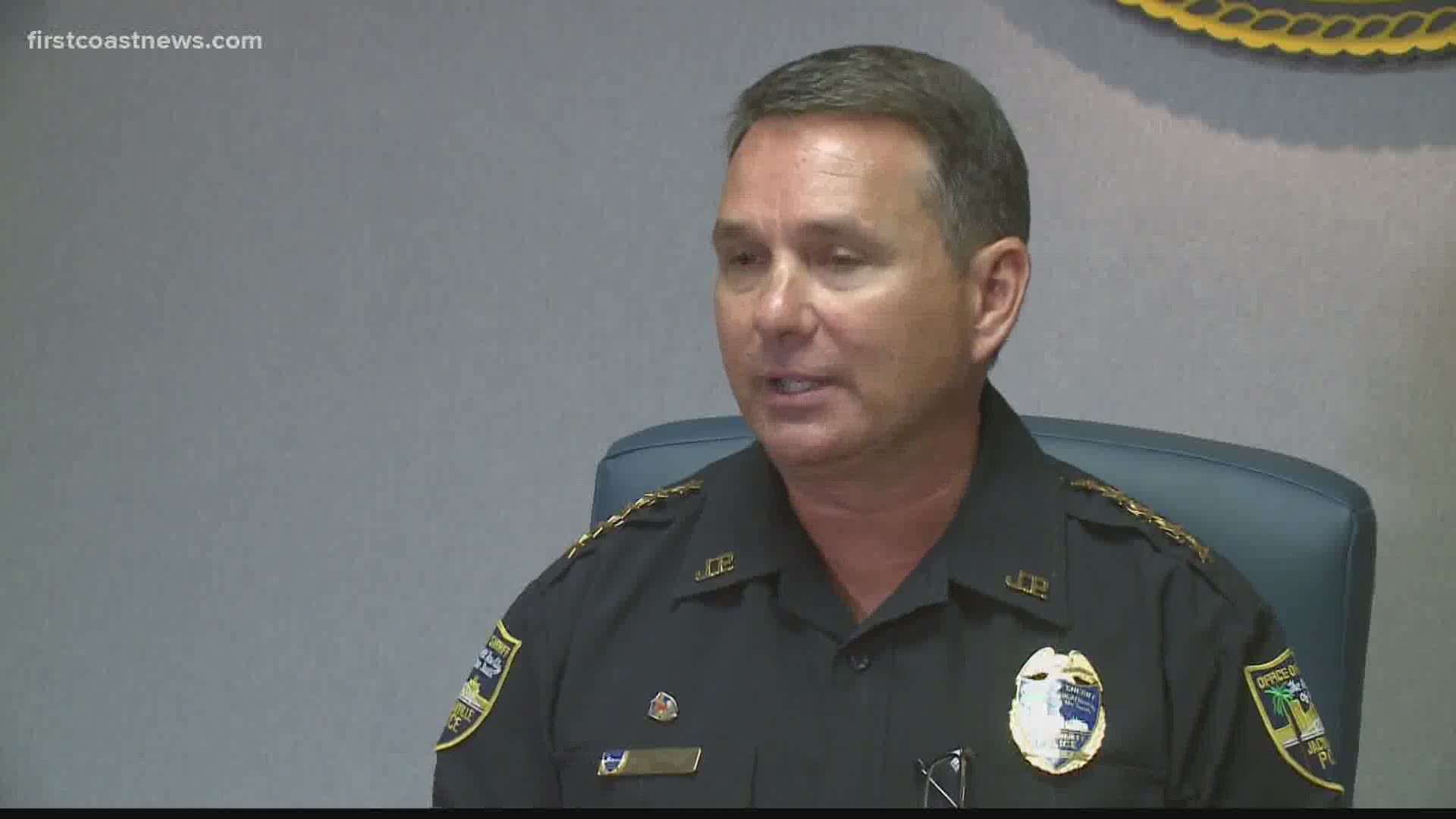 JACKSONVILLE, Fla — Jacksonville Sheriff Mike Williams says he has significant concerns with the viability of the Republican National Convention in Jacksonville.

The sheriff told reporters Monday his agency is tasked with keeping the event safe, and that in the "current configuration," he does not feel confident the sheriff's office can make that happen.

"The overarching concern is the time table," Williams said. "The bits and pieces I have in front of me today is not something I can support."

Williams said today, fewer than 40 days before the start of the convention in August, he has not signed one contract. As things stand currently, the sheriff said he cannot support the plan.

"We are past the point of no return," Williams said. "Any plan requires finances and resources. I don't have what I need to keep our community safe."

The sheriff said his primary goal is the Jacksonville community and "what's happening outside the fence." He said his agency and officers need to be supported in that effort, or they cannot move forward.

Public records show the sheriff has been busy with sometimes as many as five planning meetings on his calendar in a day as plans for the convention dominate his schedule, according to our news partners the Florida Times-Union.

"I don’t know where we go from here," Williams said. "I just know what I have in front of me isn’t going to work."

You can see the full question-and-answer session between Williams and reporters below.

First Coast News reached out to Mayor Lenny Curry's office for a response to the sheriff's statements. The mayor's Chief of Staff Jordan Elsbury sent us the following statement:

"From the onset of this process, the mayor and our administration have remained in constant communication with JSO, state and federal law enforcement on providing safety and security for our city. Over the next few days, we will continue to meet with Sheriff Mike Williams and his team on how to prioritize public safety related to this event."

The Florida GOP Press Secretary and RNC Spokesperson Emma Vaughn reached out to First Coast News with the following statement on Williams' comments:

“The RNC continues to work closely with local leadership in Jacksonville on planning for the convention, including on health and security measures, and the Department of Justice is in the process of allocating millions of dollars in a safety grant. Jacksonville has accommodated upwards of 70,000 people for football games and other events, and we are confident in state, local and federal officials to be able to ensure a safe event for our attendees.”

RELATED: Report: President Trump setting up 'surge testing' for COVID-19 in Jacksonville ahead of RNC

BREAKING: Sheriff Mike Willians says he has significant concerns with the viability of the RNC in Jacksonville. @FCN2go pic.twitter.com/JB9UoPsxZ8