The Jacksonville Sheriff's Office shared a statement from Sheriff Mike Williams about the agency's preparations ahead of the RNC. 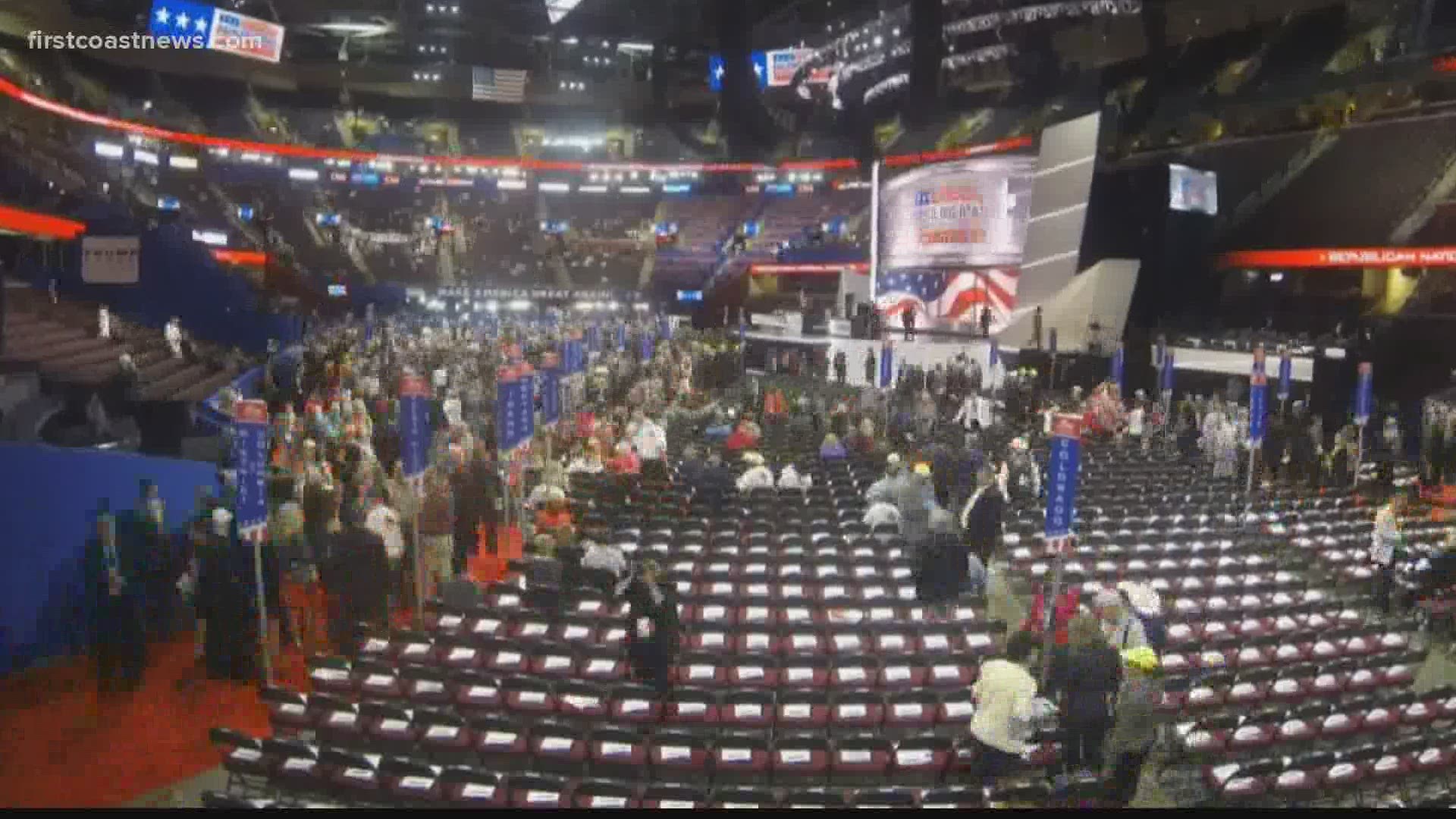 JACKSONVILLE, Fla. — The Jacksonville Sheriff's Office is getting ready for its role as the host law enforcement agency for the Republican National Convention events in Jacksonville.

JSO shared a statement from Sheriff Mike Williams to its Twitter page.

"The Republican National Convention is an exciting opportunity for Jacksonville. As the host law enforcement agency, we have two very clear priorities to deliver: Ensure the event attendees are safe and ensure our community is safe. I am confident that the men and women of the Jacksonville Sheriff's Office are ready to meet the demands of such a large-scale national event coming to our city. I look forward to working with so many state and federal partners for a successful and safe event for all."

Earlier Friday, Jacksonville Mayor Lenny Curry addressed safety concerns following the announcement that President Donald Trump would deliver his renomination acceptance speech in the River City. Curry said with the announcement of the convention comes the availability of federal funding that will allow him to bring in law enforcement and additional resources that will be subsidized by federal government.

The city hasn't committed any dollars to the event, Curry says. A nonprofit host committee will serve as a non-political event arm that will raise private dollars to help cover the associated costs.

RELATED: Duval County GOP recruiting 'thousands and thousands' of volunteers ahead of RNC in Jacksonville