“The City of Jacksonville prepared for this event like we do with any special event, storm situation, or public safety activity," the mayor's chief of staff said. 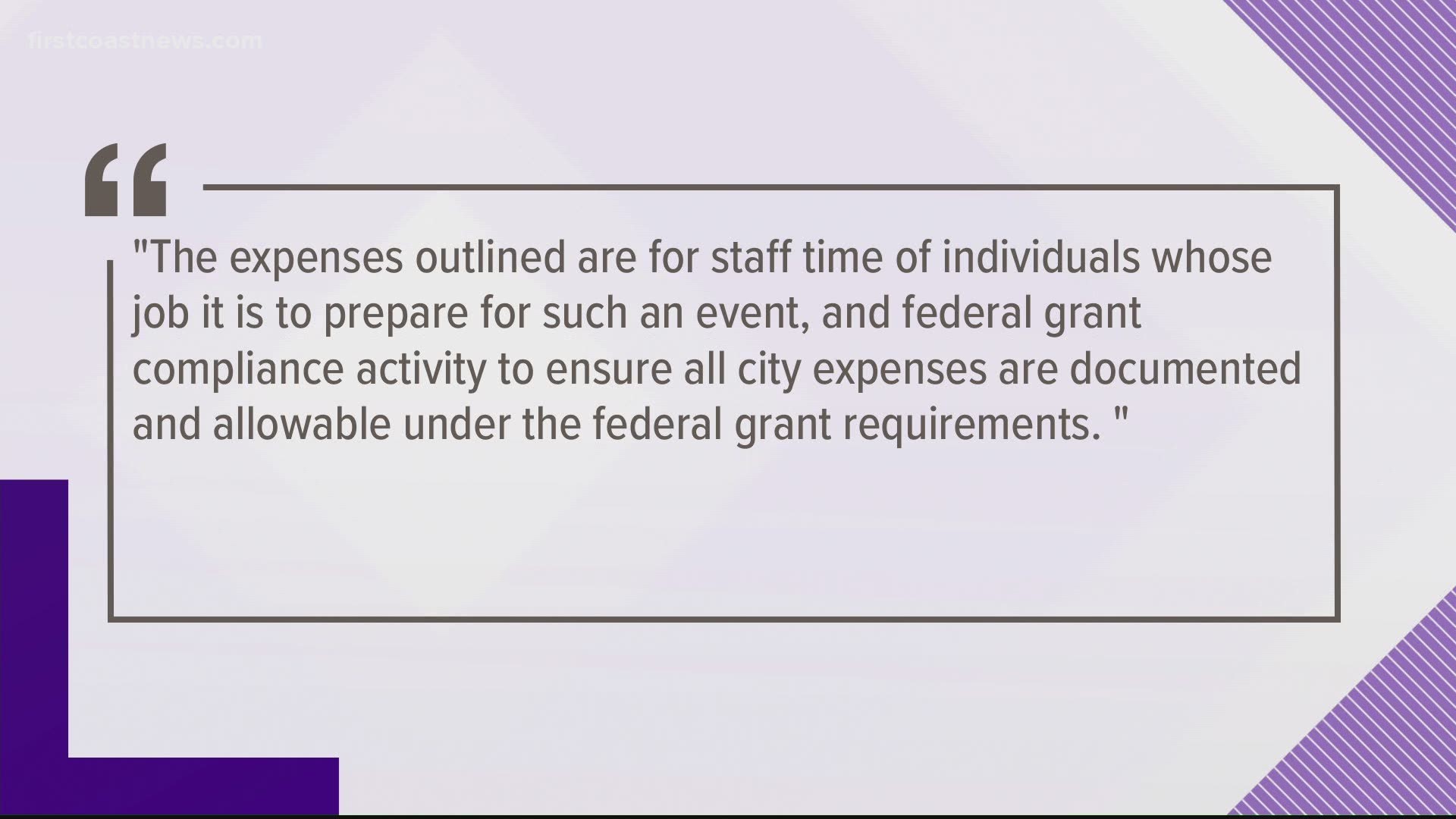 JACKSONVILLE, Fla. — With the Republican National Convention's Jacksonville events canceled just more than one month before it was scheduled to take place, the City of Jacksonville could be on the hook for $154,000 in convention-planning expenses, but city leaders say the expense is no different than any other canceled event in Jacksonville.

“The City of Jacksonville prepared for this event like we do with any special event, storm situation, or public safety activity. Just like The Jazz Festival, Rolling Stones concert, other special events, and storm systems that haven’t come to pass, the City prepares to ensure the public safety of our citizens. The expenses outlined are for staff time of individuals whose job it is to prepare for such an event, and federal grant compliance activity to ensure all city expenses are documented and allowable under the federal grant requirements. The City of Jacksonville will continue to prepare and plan for all events.”

According to a compilation of RNC costs incurred by the city provided to First Coast News Wednesday night, one bill was submitted to the city for nearly $70,000 by a firm enlisted to help comply with federal grants tied to the convention. The city is reviewing that invoice before paying it.

More than half of the costs stemmed from overtime pay for employees working to prepare for the convention, including the Jacksonville Sheriff's Office, Jacksonville Fire and Rescue Department and Finance and Administration Radio Shop employees.

Another amount for $2,604 was listed due the Ethics Office.

The amounts listed "only include additional costs incurred by the City over and above normal operating costs, such as salaried employee costs," the document states.

Jacksonville was selected to host most of the convention's August events in June after the president took issue with social distancing rules that would be in place in the original host city of Charlotte, N.C., but President Donald Trump announced July 23 the convention would not take place in Jacksonville due to public health concerns over a surge in COVID-19 infections both locally and on the state level.

City Council Auditor Kim Taylor sent the information about financial costs Wednesday to council members. Council member Garrett Dennis requested the review during a July 24 public meeting that happened the day after Trump decided against having the convention in Jacksonville.

If the convention actually had taken place in Jacksonville, the city's cost would have been in the tens of millions of dollars for security expenses, but a federal grant would have reimbursed city expenses for manpower and equipment to keep convention attendees safe, according to our news partners the Florida Times-Union.

Other costs associated with a convention would have been paid for by a local host committee responsible for raising millions of dollars in private donations.

RELATED: City of Jacksonville logged costs of up to $153,602 on Republican National Convention

RELATED: As RNC plays out 400 miles away, many still ponder why Jacksonville is not hosting