'It's a relief:' Litigants celebrate the cancellation of the RNC

Plaintiffs trying to stop the convention say their effort got a major assist this week when the Sheriff said the city wasn't ready. 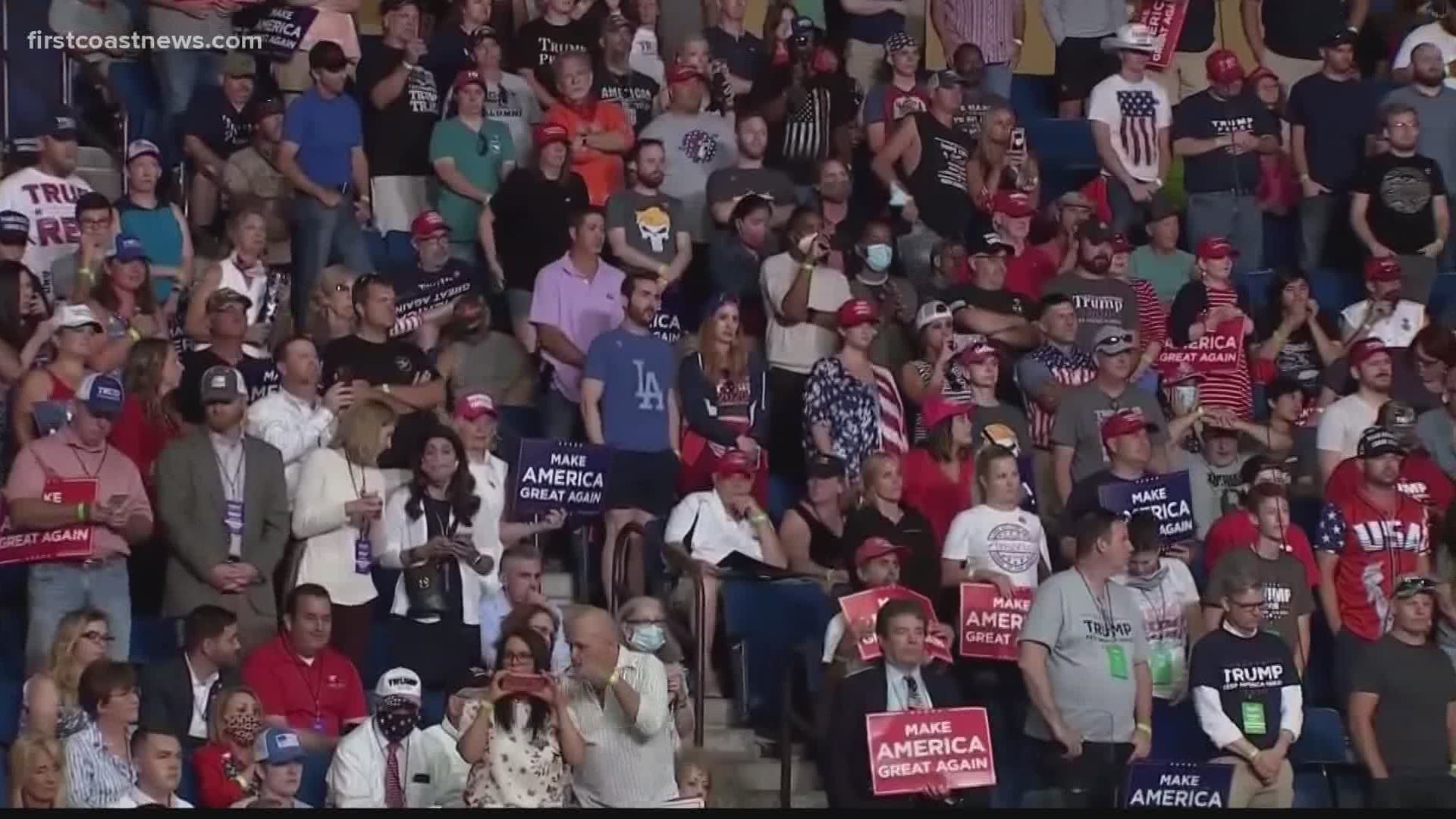 He said President Donald Trump’s announcement Thursday that he was cancelling the Jacksonville portion of the event was a surprise – and a welcome one.

“Apparently, the president realized this week the coronavirus is a major issue,” he said.

Delegal and the other seven plaintiffs worried their community was being used as a “guinea pigs” amid the surging pandemic. He says the effort to stop the RNC a got a big assist when Sheriff Mike Williams warned the community earlier this week that the city wasn’t ready for the RNC.

“This current configuration I have I cannot work with,” Williams said on Monday. “I don't have what I need to keep our community safe."

“I was proud of him,” says Delegal. “I think the sheriff stepped up and did something outside politics -- which is rare right now.”

Mayor Lenny Curry, who six weeks ago announced “big, bold,” convention, pledging “we’ll be ready,” (a video Tweet since removed) said, this week, he agreed with the sheriff.

But the ultimate decision was the president’s – a fact Delegal hopes carries weight with COVID-19 naysayers.

Here at home, he says, he is celebrating.

“It does feel good, and I think the whole community can breathe a sigh of relief," he said.

RELATED: Community reacts to President Trump's cancellation of the RNC in Jacksonville