“Showcasing our region to the entire United States with regards to businesses to locate here," Aundra Wallace listed as an objective during the convention. 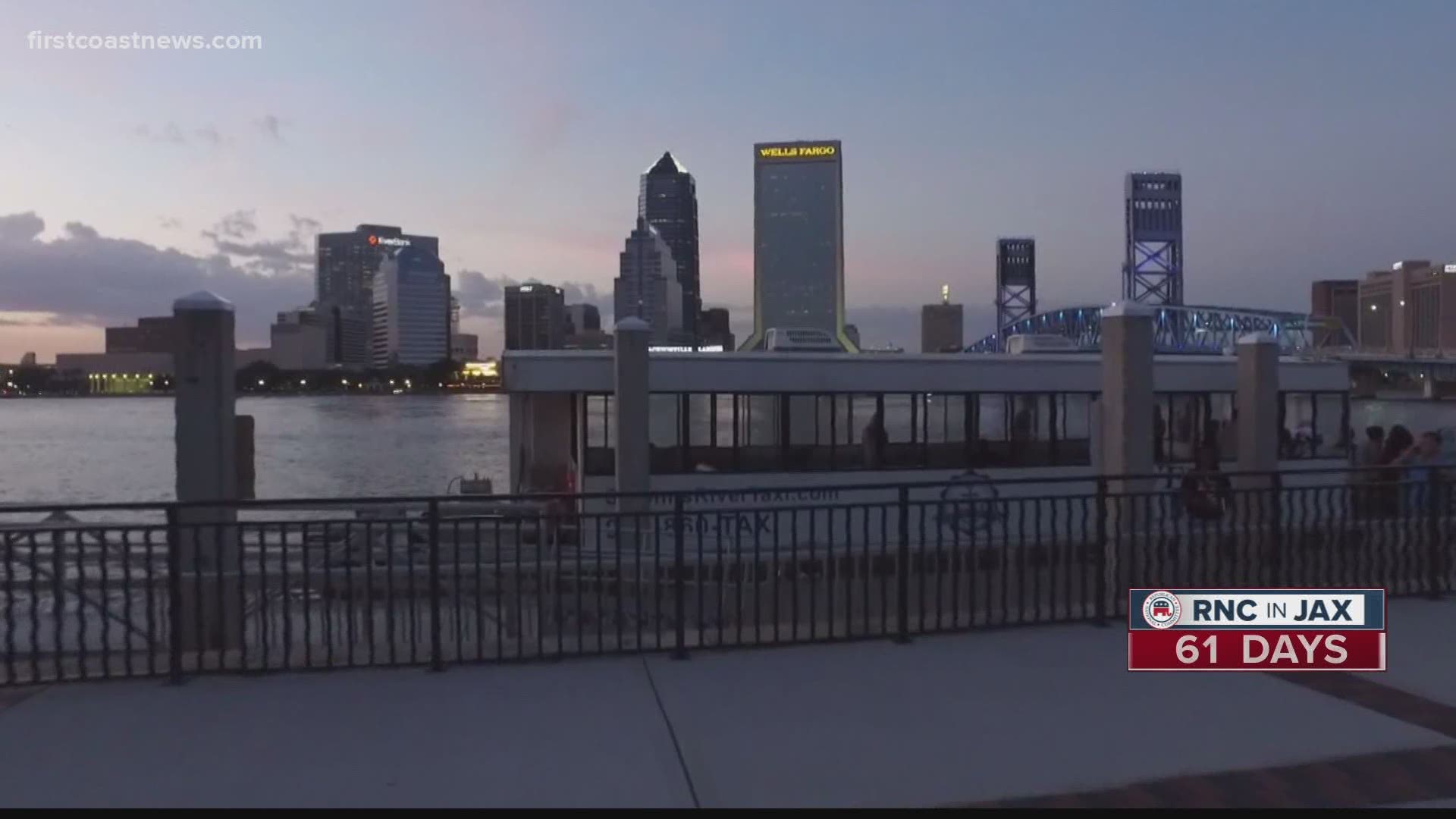 JACKSONVILLE, Fla — It's now fewer than nine weeks until the Republican National Convention events in Jacksonville, and organizers have said the event could be a way to recruit new people and business to the area.

“We’re not trying to be like any other particular city. We’re going to showcase who we are," said Aundra Wallace, president of JAXUSA Partnerships.

Wallace is the former Downtown Investment Authority head, now leading the private, nonprofit division within the JAX Chamber. He was also named to the RNC Host Committee, which Mayor Curry said will add members to solicit private donations.

Unlike most on the 32-person and growing panel who will be working on immediate plans, Wallace is tasked with a long-term outlook.

“Showcasing our region to the entire United States with regards to businesses to locate here as well as businesses already here to participate in economic impact" is one of his objectives, Wallace said.

He added the focus will be on industries that already have roots on the First Coast, such as advanced manufacturing, advanced transportation logistics, health and biomedical, IT innovation and financial services.

Wallace hopes that an elevator pitch will translate into growth — he’s not seeing deadlines or a fast turnaround as a challenge.

Curry tweeted additions to the RNC Host Committee will be named this week.