With just over six weeks until the RNC is slated to come to Jacksonville, businesses are preparing for an potential security threats surrounding the convention. 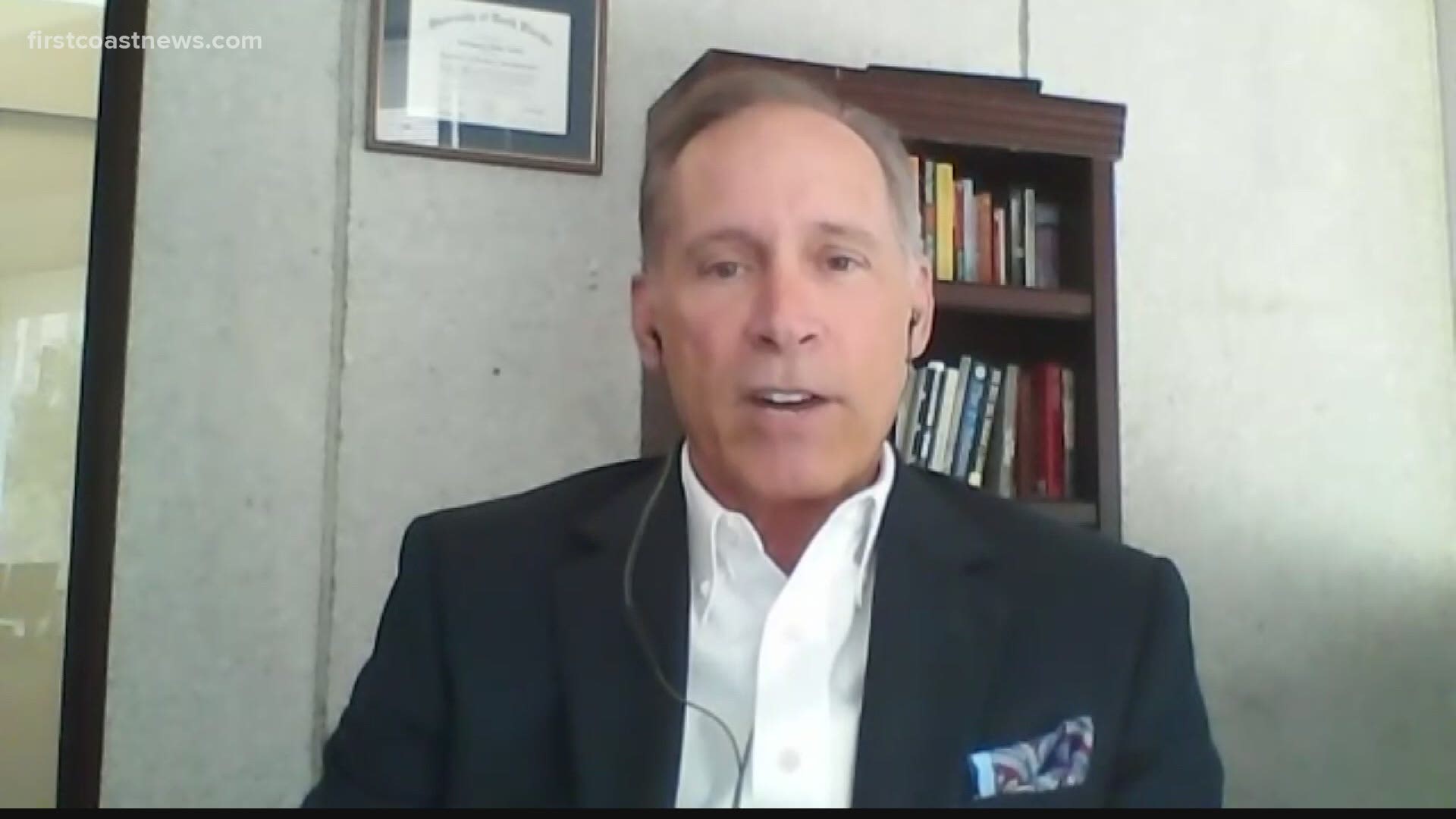 JACKSONVILLE, Fla — With the Republican National Convention slated to come to Jacksonville in just over six weeks, security will no doubt be tight.

“Conventions, like Super Bowls, are designated by the Department of Homeland Security (DHS) as a National Security Special Event which creates a whole sort of tripwire of events that happen, including identifying and assigning a senior-level government person, usually somebody from the Secret Service, somebody from DHS, who has experience in big events to at some point come down and really be in charge of all the security,” former FBI agent Jim Casey explained.

Casey was Special Agent in Charge of the FBI's Jacksonville field office from 2008 to 2012.

“There will be a unified command set up with this individual, whoever it is that gets identified as the incident commander and will run all of the security operations really for everybody," he said. "They will work with JSO, with FDLE, with the Highway Patrol, with FBI and with Secret Service. They’ll all be in a unified command, a security operations center, and run it from that.”

Instead of having the usual two years to prepare for an event of this magnitude, the announcement the RNC was moving to Jacksonville came just two and a half months before. Despite the short time frame, Casey said they will be ready.

He is now President of FCS Global Advisors helping companies and organizations keep their people, property and information safe. Right now, he is actively working to get Downtown Jacksonville businesses prepared for whatever may come their way during the convention.

“The city is one of our biggest clients, so we were working with the city anyway, and we have 12 other clients Downtown,” Casey said. “Most of the biggest businesses in town like JEA, VyStar, BB&T, Black Knight, all of the big businesses Downtown, for the most part, are FCS clients.”

He is putting together a crisis management plan for his clients ahead of the RNC.

“We’ve come up with probably two dozen threats that could happen. We’re literally sketching out a diagram that, if this threat happens, here is how we are handling it. Step 1. Step 2. Step 3,” Casey explained. “So that all the officers who are on post in those buildings I just named have a plan in front of them. Whatever that threat we can think of there is a page they can go to and there's a flow chart of how they should handle that situation.”

Political conventions are known for having protesters, but Casey says this event could draw more than usual.

“...This may be one where more people travel than normal. You may have outside groups from not just the Southeast but maybe all over the United States travel here just to protest,” Casey said. “Hopefully most of them [will protest] legitimately, peacefully... but any time there's enough protesters, all you need is a few agitators to cause a problem.”

As he assesses the different threats, riots are one of his biggest concerns.

“I think for the people we're working for, it's rioting that gets out of hand that turns into the destruction of property,” Casey said. “I think that's the thing that we think has the highest possibility of happening.”

RELATED: Jacksonville mayor explains what would cause the Republican National Convention to move

RELATED: RNC Insider: No plans to cancel in Jacksonville