Financial fallout: First Coast counties lose out on millions of dollars as RNC pulls out of Jacksonville

St. Johns County was expected to see nearly $2 million in revenue for hotel stays during the week of the Republican National Convention. 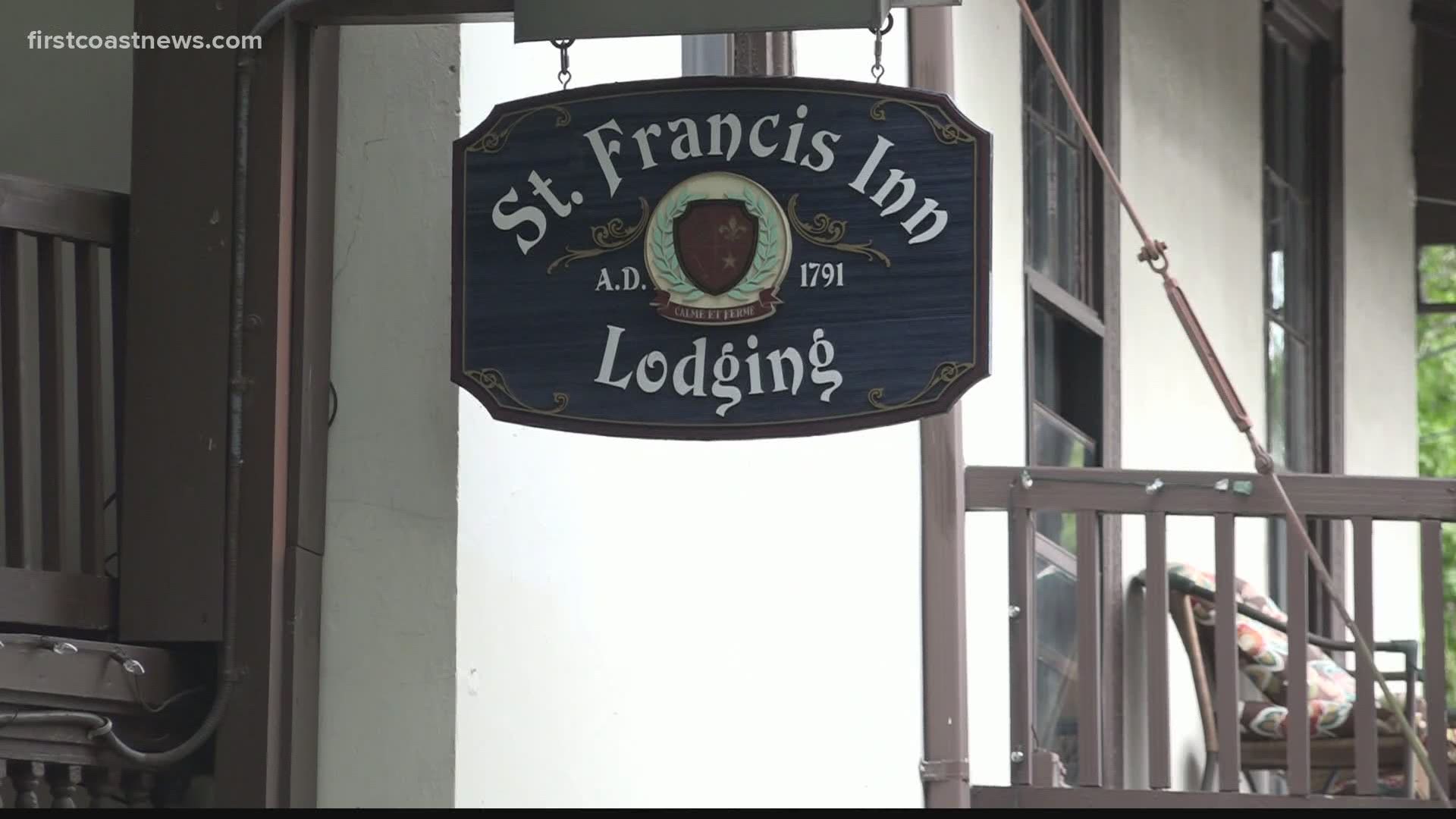 ST. AUGUSTINE, Fla. — The tourism industry in St. Johns County brought in $2.4 billion in 2018, so it may not be a surprise when the county's Visitors and Convention Bureau created a video to promote St. Johns County for the thousands of visitors expected for the Republican National Convention.

But with its cancellation comes some concerns.

"The tourism and hospitality industry in St. Johns County works together very well. We support each other the best we can in good times and in bad times.  This is certainly bad times," said Joe Finnegan, the owner of the St. Francis Inn Bed and Breakfast.

Last year, Hurricane Dorian forced him to close. Then the coronavirus shut him down for 10 weeks earlier this year and now the RNC is no longer expected to bring the large crowds.

"My thinking was because there would be so many people coming to Jacksonville who would be aware of what St. Augustine has to offer, they would bring families with them and they would come early or stay later," Finnegan said.

The president of the bureau was in talks with members of the RNC Thursday morning about hotel space. More than 1,700 rooms were being held for the week and Richard Goldman expected those reservations to bring in $1.83 million.

"We have a number of businesses and more importantly, their employees that were planning on being very busy that week and doing a good deal of revenue, but that is not going to happen," Goldman told First Coast News.

Goldman says the RNC's loss may become a gain for families looking to end their summer by vacationing in the Nation's Oldest City.

"We are hopeful that we can convince other folks to come enjoy the beaches and attractions and the restaurants," he said.

RELATED: 'It's a relief:' Litigants celebrate the cancellation of the RNC