The president spoke at the event, revealing that he would be announcing his Supreme Court nominee on Saturday. He only revealed it would be a woman. 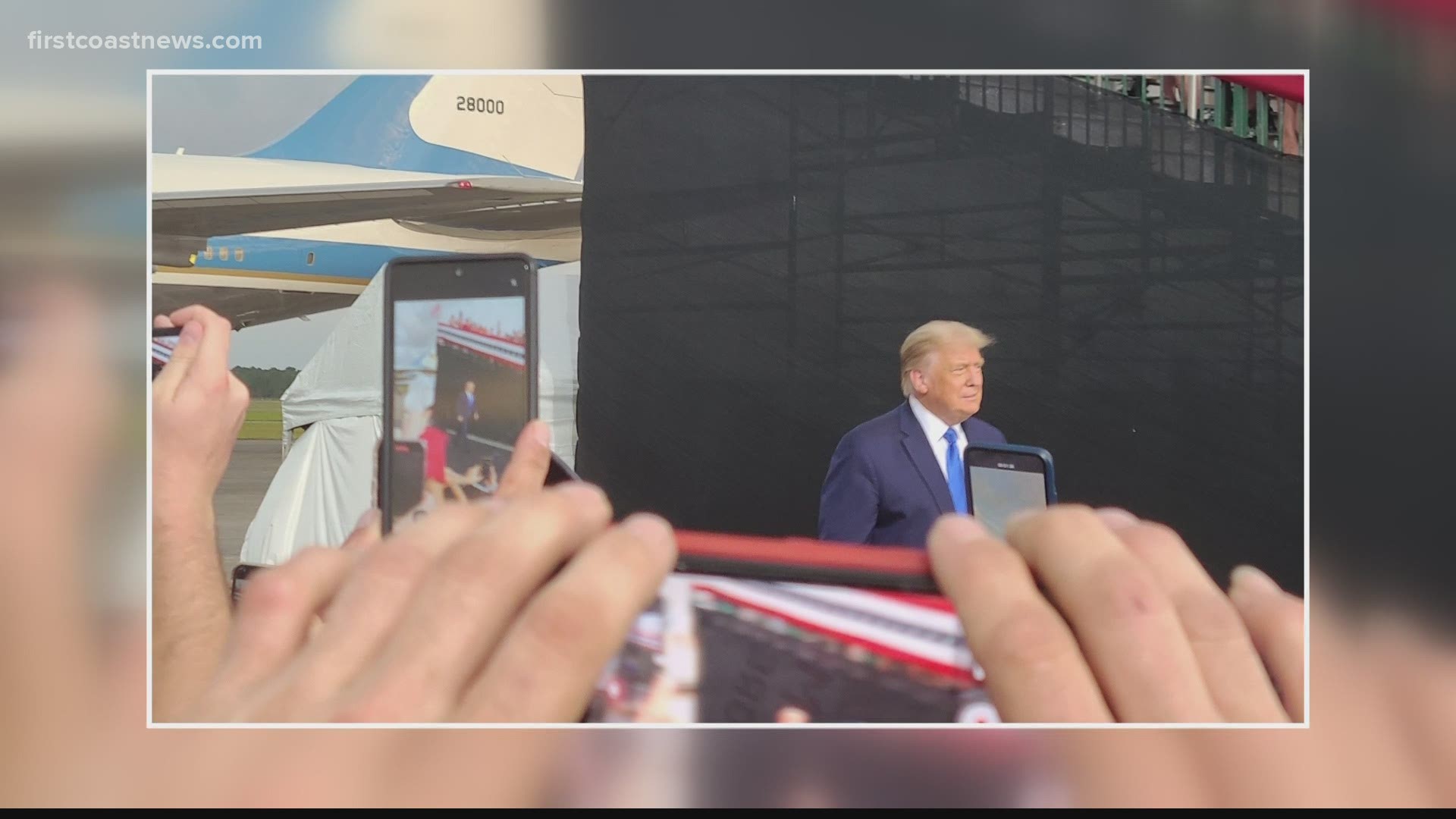 Though the number of attendees wasn't released, officials said the area was able to hold 15,000 people.

The president spoke to his supporters around 7 p.m., discussing topics like, but not limited to, the coronavirus, the economy, jobs, as well as his future goals for the American people. Such goals included the U.S. being the first nation to land a human on Mars; he also wants to send a woman to the moon.

Trump also told the crowd he was going to announce his Supreme Court nominee Saturday, only revealing that it will be a woman.

Trump says he’ll announce his nominee for Supreme Court Saturday, says will be a woman. Crowd gives him standing ovation. “If it was them [Democrats] instead of us, do you think they’d do it,” @POTUS asks regarding nominating someone before election. Crowd yells “yes” back

Prior to Trump speaking included several guest speakers on the state and local level, including Jacksonville Mayor Lenny Curry and Florida Gov. Ron DeSantis. Both echoed the crowd's sentiment of "four more years."

The president and his Democratic opponent, former Vice President Joe Biden, are set to have their first debate next Tuesday, Sept. 29.

In case you missed Trump's speech, you can watch below.