With fewer than 100 days until the Presidential General Election Susie Wiles of Ponte Vedra said the race could all come down to Florida. 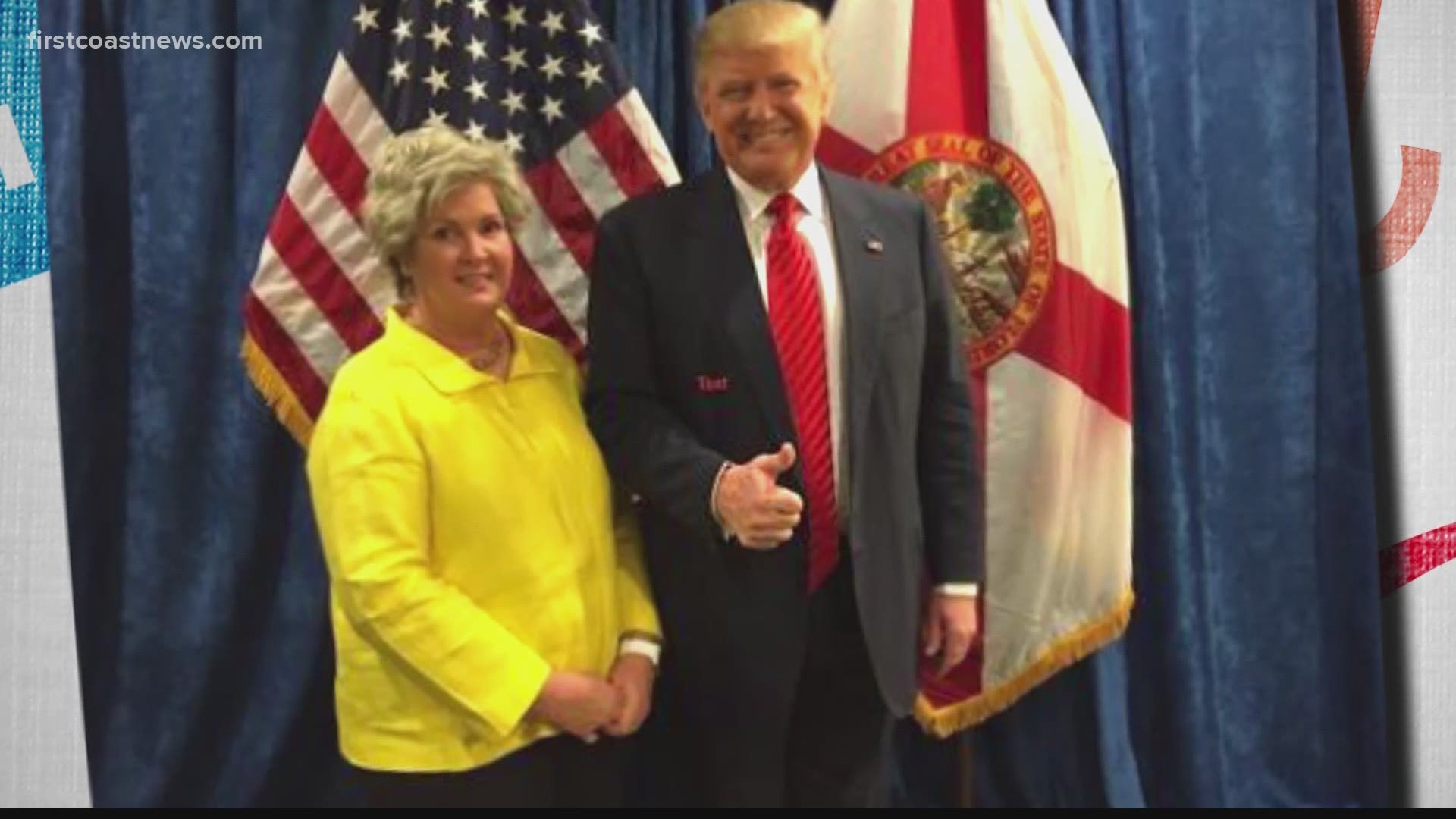 JACKSONVILLE, Fla —
With fewer than 100 days until the Presidential General Election, the Ponte Vedra woman many credit with helping Donald Trump turn around his campaign and win Florida in 2016, said it could all come down to the Sunshine State.

“I don't think there's a road to the White House for reelection without it,” Susie Wiles said.

Wiles helped Rick Scott and Ron DeSantis become governor. Earlier this month, she rejoined the president’s reelection campaign. Now Senior Adviser for Florida for the Trump 2020 campaign, she said she has a singular focus.

“That is to remind Floridians of the job that President Trump has done, the record he has that has helped not only Florida but the entire country,” Wiles said. “And to make sure that in 100 days from now that people who understand his record and understand what is at stake come out and vote for President Trump for Trump/Pence, and just like in 2016 I believe they will do that.”

The latest nationwide and Florida polls show Joe Biden ahead. A general election CNBC/Change Research poll released Wednesday show Biden with a nine-point lead and a three-point lead in Florida.

Wiles said she looks at polls as just one of many data points.

Unlike 2016, this time around, in the midst of a pandemic, getting the message out in the final stretch of the race is much more virtual.

“There are no great big rallies," Wiles said. "There is less knocking on a person's door to have a conversation with them and thinking they'll answer."

It's a different way to approach voters, but Wiles believes it's just as effective with tele-town halls and meetups.

“I think it will work," she said. "I think the rallies are missed, and Trump supporters love them, but it's just not our reality right now so we compensate in other ways. What they call a 'ground game' in this business is much, much larger than it was in 2016. A week or 10 days ago, the Trump campaign passed 10 million voter contacts in the state, that would have been unheard of four years ago.”

She calls President Trump's move to cancel the Republican National Convention in Jacksonville a smart decision.

“I hate that Jacksonville is going to miss out on that, but in terms of enthusiasm you know one state has a convention,” Wiles said. “That doesn't mean that state goes the president's way. We will still do everything we were doing before.”

With 29 electoral votes at stake in Florida, she said she cannot take any part of the state for granted. She expects President Trump will be visiting Florida frequently leading up to the November election.

“Florida is a 50-50 state,” Wiles said, “It is a jump ball every time and so to handicap it or to suggest that anything in Florida is easy on either side is just somebody that maybe hasn't had enough experience in this state.”