"A certain amount of exertion and desperation in life challenges us to be our best," said Florida Senator Dennis Baxley (R), the bill's sponsor. 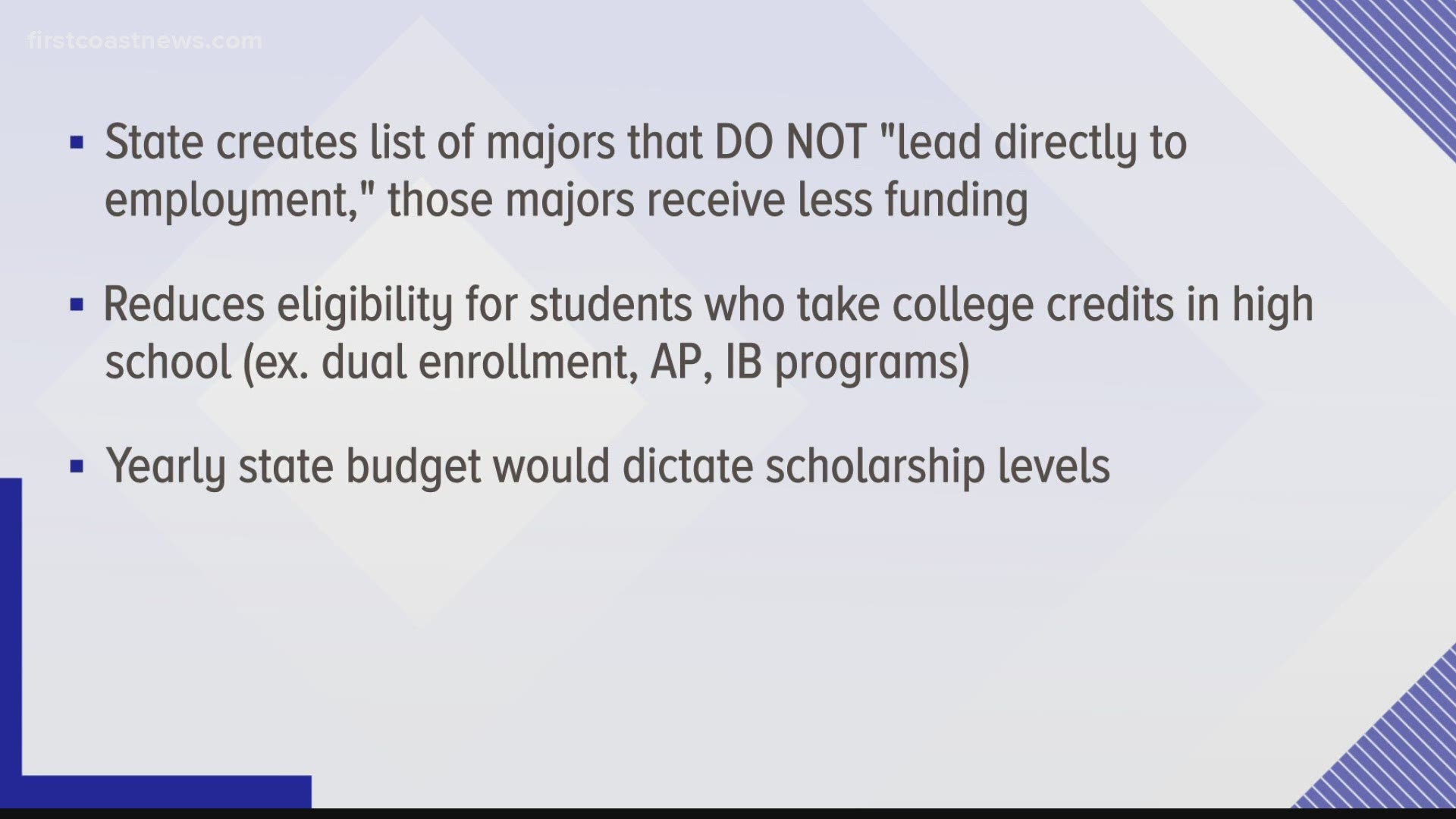 TALLAHASSEE, Fla. — An overhaul of Florida's popular Bright Futures scholarship program was approved in a senate subcommittee this week, clearing the first major hurdle since its introduction.

The controversial legislation, which has seen some changes following public outcry, would have the state create a list of majors deemed less likely to "lead directly to employment."

"A certain amount of exertion and desperation in life challenges us to be our best," said the bill's sponsor, Republican Senator Dennis Baxley. "I want us to keep doing these things that challenge young people to know how to meet all the challenges that are going to come their way. We have to guide them toward more productive paths if we can."

The bill, if signed into law, would also limit eligibility for students who take college credits in high school through programs like dual enrollment or Advanced Placement.

Around 60 high school and college students lined up in Tallahassee to speak to the committee, all in opposition to the bill.

"It is not our government's place to dictate will and will not lead to success and capitol," said one student.

"Students already seeking financial assistance do not need to be taught a lesson in their finances through a policy that would toy with their ability to attend school for their passions and interests," said another.

Ultimately, the Senate Education Committee voted along party lines to approve the bill and move it forward in the legislative process, five Republicans in favor and four Democrats against.

If the bill is approved by the Florida Legislature, the changes tying funding to the major selected would take effect in the 2023-24 school year.