One nation, under Stephen King… 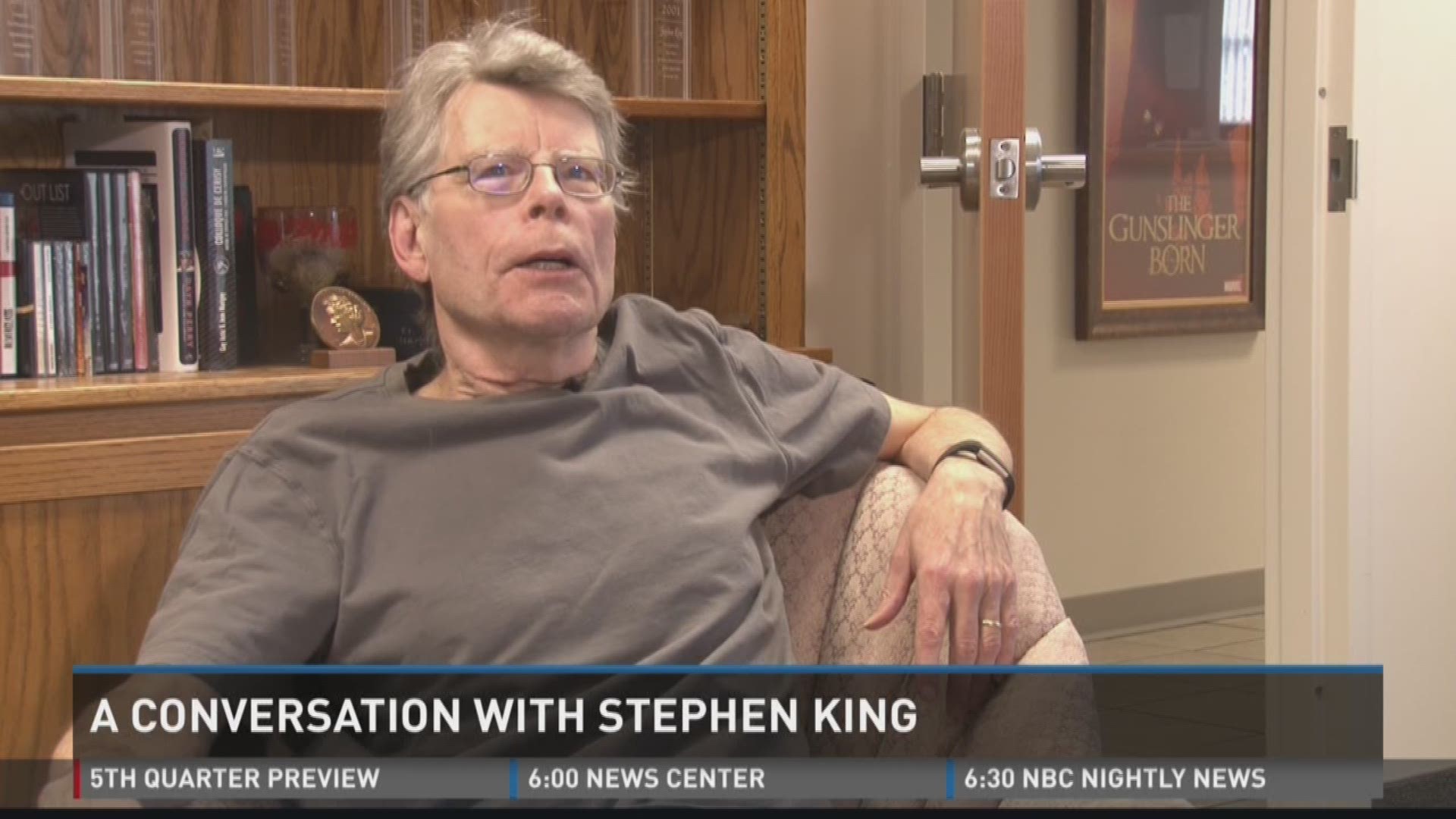 (NEWS CENTER) — Many agree this year's election has been far from normal.

Some may even say, a decade or so from now, that its plots and twists could serve as a possible backdrop for a Stephen King story.

NEWS CENTER sat down with King Friday to discuss the release of his new book, "Hearts in Suspension," and to also get his take on the campaign-style lawn signs seen around Bangor expressing support for Pennywise, the iconic clown from his 1986 horror novel, "It."

In one of King's novellas from 1982, "Rita Hayworth and the Shawshank Redemption," protagonist Andy Dufresne explains an analogy to Red, the narrator, pertaining to decision-making when faced with trouble.

In the latter of two examples, he tells Red some believe "there's no harm in hoping for the best as long as you're prepared for the worst."

So… what if Pennywise actually were to become president?

Here is a purely hypothetical look at a list of Cabinet members under a President Pennywise: