Overall, Biden holds a 50-41 percent lead over Trump while Sanders has a 48-42 percent lead among Florida voters, according to the poll. 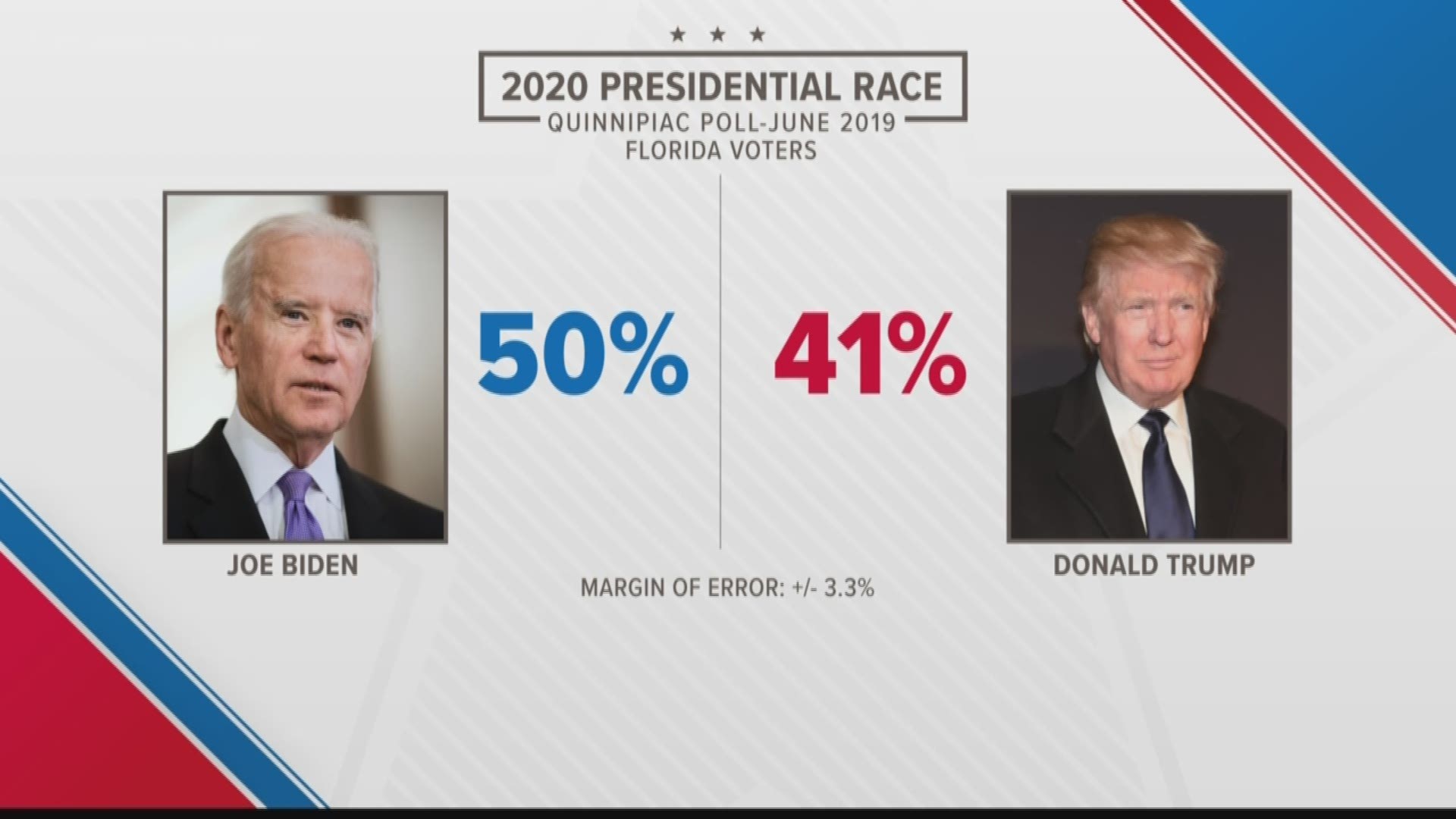 An early look into the 2020 presidential race shows that President Donald Trump is trailing behind former Vice President Joe Biden and Vermont Sen. Bernie Sanders in Florida, according to a new Quinnipiac University Poll.

The poll was released hours before Trump is set to kick-off his 2020 re-election campaign in Orlando.

Overall, Biden holds a 50-41 percent lead over Trump while Sanders has a 48-42 percent lead among Florida voters, according to the poll.

When it comes to matchups between the president and other leading Democratic contenders vying for the White House, the poll states that the results are "too close to call."

"Florida Republicans have won the last five major statewide elections, all by very close margins, but Sunshine State Democrats see these very early numbers as a sign that their losing streak might be coming to an end," said Peter Brown, assistant director of the Quinnipiac University Poll.

The poll also shows that there are deep divisions between the candidates when it comes to gender and race. In a Biden-Trump matchup among Florida voters:

When it comes to political parties, Republicans back Trump 90 percent, Democrats back Biden 91 percent and Independent voters back Biden 54 percent over Trump's 34 percent.

The poll surveyed 1,279 Florida voters with a margin of error of +/i 3.3 percentage points.

For a more detailed look at the poll, click here.