On the billboard 'Cometh' is marked out and replaced with 'Idiots.' It also says 'signed, the Deplorables.' 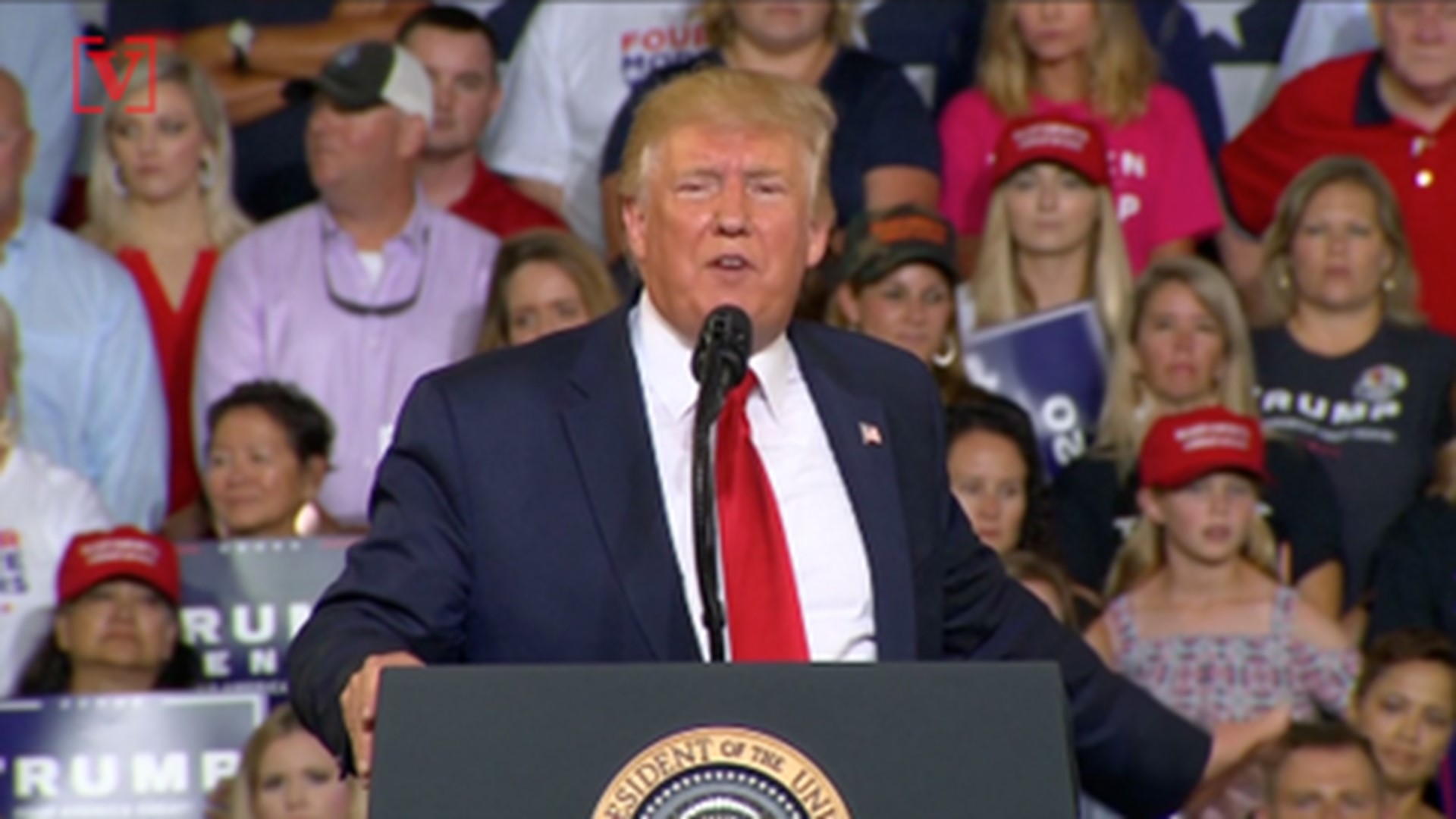 MURPHY, N.C. — A western North Carolina gun store is getting attention for a billboard mocking four U.S. congresswomen. Cherokee Guns in Murphy has a pointed message for four U.S. representatives at odds with President Trump. The billboard features pictures of Reps. Alexandria Ocasio-Cortez of New York, Ilhan Omar of Minnesota, Ayanna Pressley of Massachusetts and Rashida Tlaib of Michigan underneath a message stating 'The 4 Horsemen Cometh.' 'Cometh' is marked out and replaced by 'are idiots' in red. Below the photo, another message reads: 'Signed, the Deplorables.'

WFMY News 2 has reached out to each representative for a response or statement. We will add their statements as we receive them.

Cherokee Guns
Alright my fellow Infidels for Trump...due to OVERWHELMING demand...... you may come by the shop (next week) and get your very own FOUR HORSEMEN COMETH STICKER...simple...eat a piece of bacon...tell us you're voting for Trump in 2020...then get your limited edition bumper sticker!! (While supplies last!) Snowflakes and Liberals are not eligible...sorry...

A Facebook group called 'Coalition to Stop Gun Violence' condemned the billboard, calling it 'dangerous' and part of threats that are 'driven by the President's racial rhetoric.'

Earlier this month, President Trump directed tweets towards the women, saying 'Why don't they go back and help fix the totally broken and crime infested places from which they came.' The Charlotte city council condemned Trump's remarks, calling them 'racist and xenophobic.' Charlotte is set to host the 2020 National Republican Convention.

On Monday, the store's page posted it would sell bumper stickers with the same graphic.

► Make it easy to keep up to date with more stories like this. Download the WFMY News 2 App: Apple Users, Android Users