National Security Council adviser Tim Morrison has resigned a day before he's set to testify in the House's impeachment investigation. 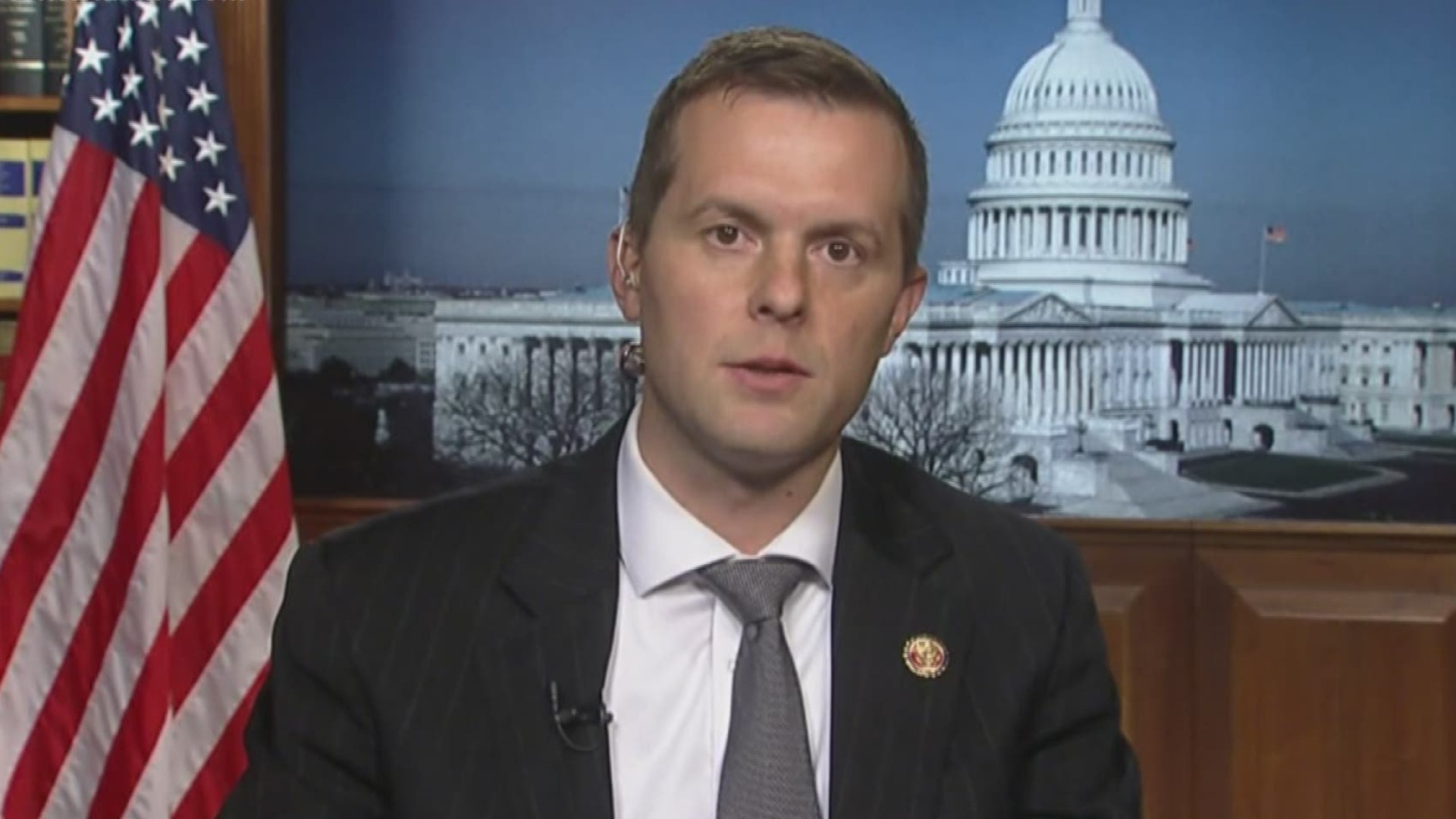 WASHINGTON — President Donald Trump's top adviser for Russian and European affairs is leaving his job at the White House, a day before he's scheduled to testify before the House impeachment investigators, a senior administration official said Wednesday.

Tim Morrison owes his job at the National Security Council to Trump, but his testimony Thursday in the House impeachment inquiry might be central to a push to remove the president from office.

A senior administration official said Morrison "has decided to pursue other opportunities." The official, who was not authorized to discuss Morrison's job and spoke only on condition of anonymity, said Morrison has been considering leaving the administration for "some time."

Morrison has been in the spotlight since August when a government whistleblower said multiple U.S. officials had said Trump was "using the power of his office to solicit interference from a foreign country in the 2020 U.S. election."

Now it's his turn in the impeachment probe's hot seat.

Credit: AP
President Donald Trump talks to reporters before boarding Air Force One for a trip to Chicago to attend the International Association of Chiefs of Police Annual Conference and Exposition, Monday, Oct. 28, 2019, in Andrews Air Force Base, Md. (AP Photo/Evan Vucci)

Morrison, tall and lean with an authoritative voice, will be asked to explain that "sinking feeling" he got when Trump demanded that Ukraine's president investigate former Vice President Joe Biden and meddling in the 2016 election.

Morrison, who is in his 40s, is a political appointee in the Trump White House, brought on board by former national security adviser John Bolton to address arms control matters and later shifted into his current role as a top Russia and Europe adviser. It was there that he stepped into the thick of an in-house squabble about the activities of Rudy Giuliani, Trump's personal attorney who had been conversing with Ukrainian leaders outside of traditional U.S. diplomatic circles.

Known as a "hawk" in national security circles, Morrison is set to be the first political appointee from the White House to testify before impeachment investigators. The probe has been denounced by the president, who has directed his staff not to testify.

Regardless of what he says, GOP lawmakers will be hard-pressed to dismiss Morrison, formerly a longtime Republican staffer at the House Armed Services Committee. He's been bouncing around Washington in Republican positions for two decades, having worked for Rep. Mark Kennedy, R-Minn., Sen. Jon Kyl, R-Ariz., and as a GOP senior staffer on the House Armed Services Committee, including nearly four years when it was chaired by Rep. Mac Thornberry, R-Texas.

Morrison's name appeared more than a dozen times in earlier testimony by William Taylor, the acting U.S. ambassador in Ukraine, who told impeachment investigators that Trump was withholding military aid unless the new Ukrainian president, Volodymyr Zelenskiy, went public with a promise to investigate Trump's political rival Joe Biden and his son Hunter. Taylor's testimony contradicts Trump's repeated denials that there was any quid pro quo.

Taylor said Morrison recounted a conversation that Gordon Sondland, America's ambassador to the European Union, had with a top aide to Zelenskiy named Andriy Yermak. Taylor said Morrison told him security assistance would not materialize until Zelenskiy committed to investigate Burisma, a Ukrainian gas company that once employed Biden's son. A White House meeting for Zelenskiy also was in play.

"I was alarmed by what Mr. Morrison told me about the Sondland-Yermak conversation," Taylor testified. "This was the first time I had heard that the security assistance — not just the White House meeting — was conditioned on the investigations."

Taylor testified that Morrison told him he had a "sinking feeling" after learning about a Sept. 7 conversation Sondland had with Trump.

Morrison told people after Bolton was forced out of his job that the national security adviser had tried to stop Giuliani's diplomatic dealings with Ukraine and that Morrison agreed, according to a U.S. official, who was not authorized to discuss Morrison's role in the impeachment inquiry and spoke only on condition of anonymity. The official said Morrison told people that with the appointment of Robert O'Brien as Bolton's successor, his own future work at the NSC was in a "holding pattern."

Bolton had brought Morrison into the NSC in July 2018 as senior director for weapons of mass destruction and biodefence. He's known as an arms control expert or an arms treaty saboteur, depending on who you ask.

Morrison, who earned a bachelor's degree from the University of Minnesota and a law degree from George Washington University, keeps nuclear strategist Herman Kahn's seminal volume on thermonuclear warfare on a table in his office.

Daryl Kimball, executive director of the Arms Control Association, said Bolton and Morrison are likeminded. Kimball said both have been known for calling up GOP congressional offices warning them against saying anything about arms control that didn't align with their views.

"Just as John Bolton reportedly did, I would be shocked if Morrison did not regard Giuliani's activities as being out of bounds," said Kimball, who has been on opposite sides of arms control debates with Morrison for more than a decade.