The St. Augustine Beach city commission rejected the ordinances at its meeting Monday despite that some 18 people who stood up to support them; only two stood up to oppose. 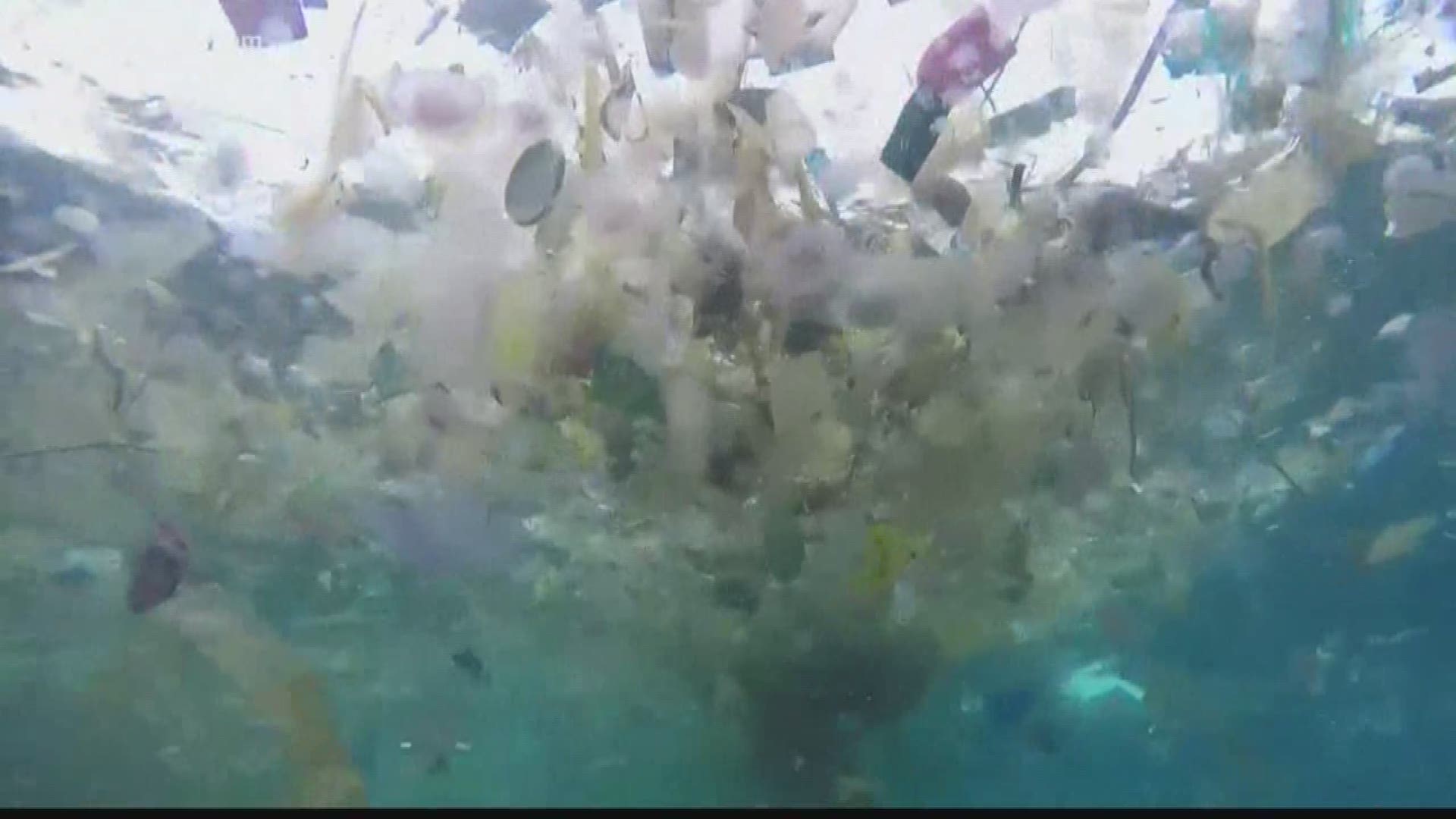 The St. Augustine Beach city commission rejected the ordinances at its meeting Monday despite that some 18 people who stood up to support them; only two stood up to oppose.

“We still have some large retailers within our city jurisdiction that continue to use plastic bags regularly,” said attorney Jane West, who wrote the proposals. West mentioned a month-long voluntary moratorium of plastic use by retailers in April 2018 that she said made a temporary impact.

"After that one month was over,” she said, “everyone just went back to their old ways of using plastic bags, and so we didn’t really see any meaningful change effectuated through a voluntary ban.

Some commissioners who are business owners expressed concern.

“If you are looking for a bio container that will decompose completely,” said commissioner Maggie Kostka during West’s presentation, “the cost difference is quite significant, it’s not just a couple of pennies apiece.” Kostka, who owns Cone Heads Ice Cream on Route A1A, added that her business has curtailed its use of plastics and Styrofoam. She said it would be difficult for someone to consume an ice cream shake without a straw, or anything cold if they have sensitive teeth.

A1A before Monday’s meeting said they’ve already reduced/eliminated plastics and Styrofoam or are willing to do so.

“I think it will probably be better for the environment, especially with the sea turtles,” said Mark Keller at Antonio’s Pizza, noting the crisis of sea turtles mistaking plastic bags for jellyfish and eating them.

Antonio’s currently uses items that would be banned if the ordinance passed. Keller said the pizzeria would comply despite the difference in cost.

Salt Life, just a short distance away, indicated that it only offers straws to people who request them specifically. Meanwhile Sunset Grille co-owner Michael Rosa voiced overwhelming support, saying his restaurant is in the process of eliminating many unrecyclable materials. Although he declined to speak on camera, Rosa pointed to the beach and ocean across the street, saying that’s what drew him to St. Augustine Beach, that’s what has drawn him 29 years’ worth of customers, and he’ll gladly absorb the added cost in the better interest of the environment.

But restaurants are far from the only establishments that traditionally have used the materials in question.

“We still have some large retailers within our city’s jurisdiction that continue to use plastic bags regularly,” West said, pointing out that the only formal opposition she has encountered came from the Florida Retail Federation.

“You have to go beyond the major suppliers like Costco and Sysco, and really dig down deep to find out who uses the eco-friendly products.”

The effort to ban plastics comes at the same time that Florida District Seven senator Travis Hutson is trying to pass Senate Bill 588, which would prohibit individual municipalities and jurisdictions from enacting any ban of plastic straws from July 2019 until July 2024, to allow for studies of how the materials affect the environment.

First Coast News reached out to Hutson’s offices in Palm Coast and Tallahassee Monday evening; we are still waiting for a response.