A JSO lieutenant retired after it was recommended that he be disciplined for the actions he took against a Jacksonville Beach woman and her anti-Trump signs. 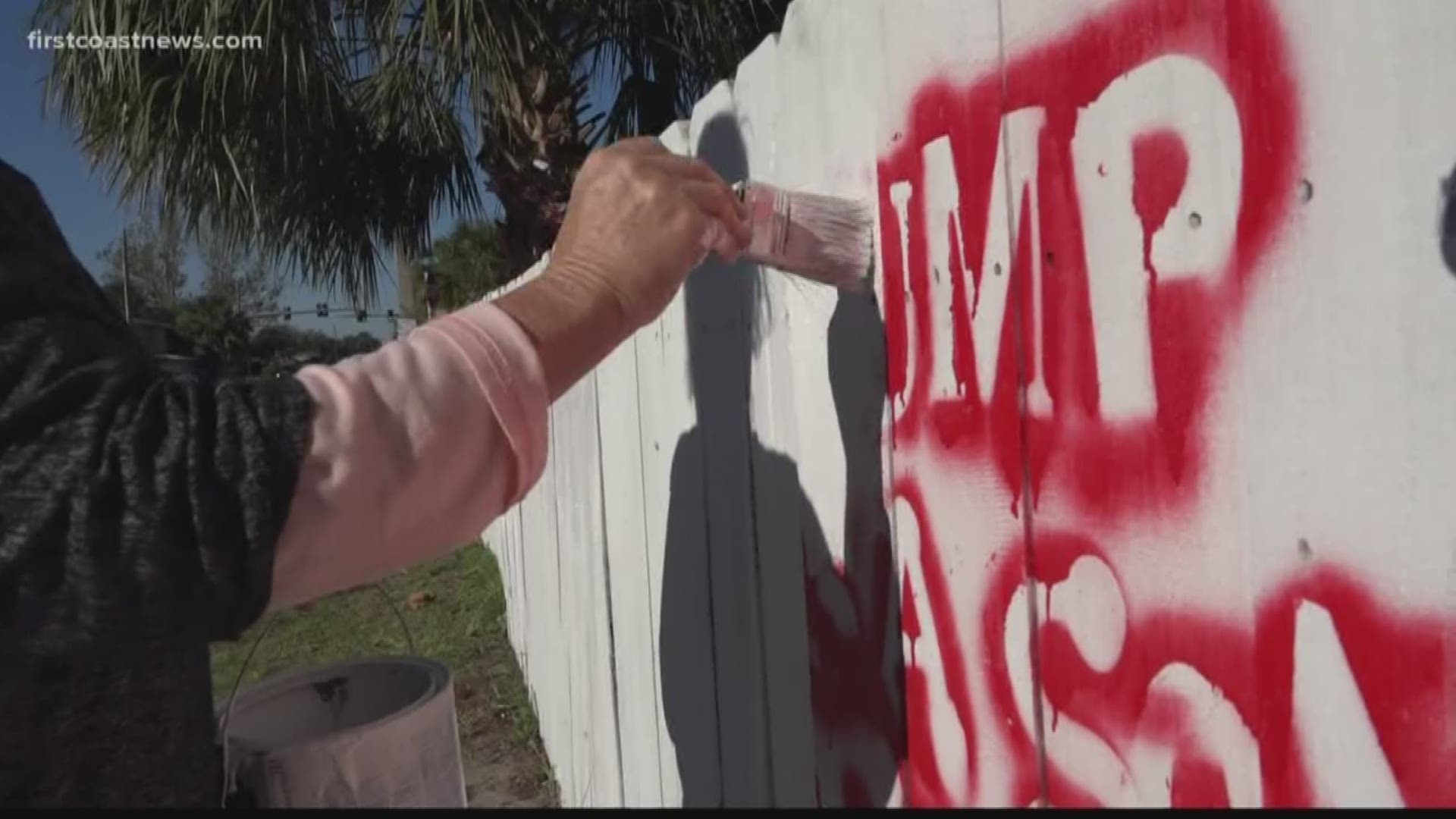 JACKSONVILLE, Fla. — A Jacksonville Sheriff’s officer retired while facing discipline over his actions concerning the notorious “Jax Beach Sign Lady” and her anti-President Trump signs, according to an internal affairs report.

In the report, Mullen told the woman, identified as Sonja Fitch, back in February 2019 that neighbors had complained about the signs on her fence that contain profanity against President Trump, making it a criminal issue. In the report, Mullen said the signs were a “breach of peace.” Mullen even suggested that Jacksonville Beach Police hold Fitch against her will under the Baker Act.

In the report, Mullen said Fitch eventually removed the signs voluntarily after he confronted her with neighbors’ complaints. Fitch later filed her own complaint with JSO, saying she was humiliated.

The report shows Jacksonville Beach Police had their own protocols for handling complaints about the fence. During the investigation, Mullen was asked why he violated JSO policy by not notifying the Jacksonville Beach Police Department so they could take primary responsibility over the case. In the report, Mullen said his reasoning was that the situation was “unusual” and he acted in “good discretion.”

It was recommended that no further action be taken against Mullen because of his retirement from JSO, according to the report.