President Donald Trump became the first president to be impeached twice after the House voted 232-197 in favor of impeachment. 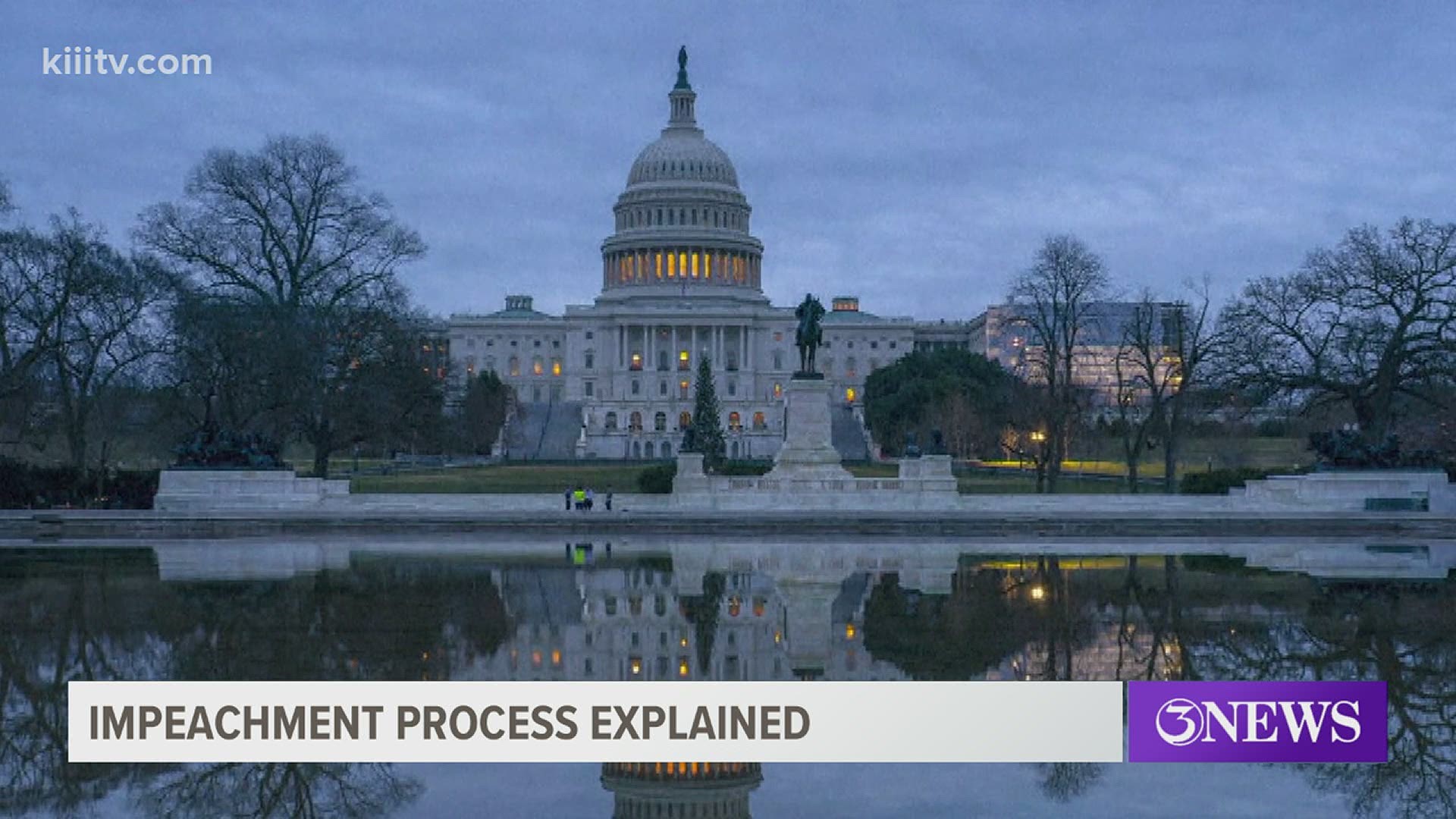 WASHINGTON, D.C., USA — The US House of Representatives voted to impeach President Donald Trump a second time Wednesday night by a vote of 232-197.

The resolution (H.Res.24) charges President Trump with inciting an insurrection, referring to the deadly riot that took place at the US Capitol Building last week that left five people dead.

The vote in favor of impeachment makes President Trump the first president in history to be impeached twice.

The vote was mostly along party lines, though 10 Republicans notably voted in favor of the impeachment.

RELATED: Trump's Impeachment: Can he run again in 2024?

Of the 27 Florida delegates in the US House, the following voted to impeach President Trump:

Of the 27 Florida delegates in the US House, the following voted against impeaching President Trump:

Notably, Republican Daniel Webster of Florida's 11th District did not vote. He tweeted Tuesday that he was unable to be in Washington due to a family obligation. However, he released this statement on his website:

"Due to family medical obligations, I am unable to travel to D.C. for tonight and tomorrow’s votes.  Given we are nearly a week from Inauguration Day, it will be nigh impossible for Congress to follow the impeachment trial process as outlined in the Constitution by January 20th and the process will further divide our country. America is hurting and upset. Now is not the time to throw more fuel on a fire. We should focus on bringing to justice those who attacked law enforcement and the U.S. Capitol last week and ensuring a safe Inauguration Day as prescribed in our Constitution.

"We are a country of laws and order, all Americans, regardless of how they feel about the 2020 election results must abide by processes outlined in law and our Constitution and work together to tackle the issues facing our country.

"There are millions of peaceful, hardworking, Americans who love their country, the constitution and the rule of law that voted for President Trump. They do not support the actions of the violent mob on January 6, 2020, nor do those actions represent the America they love and desire to uphold for their children.

"I will continue to speak in support of and propose and advocate for policies that will build a stronger, more prosperous America and empower Americans for generations to achieve success. I continue to pray that each of us would seek to serve others, not ourselves and treat others with kindness and respect. Unkindness and hatred cannot coexist with serving others."

Due to family medical obligations I'm unable to travel to D.C. for tonight and tomorrow's session. My full statement: https://t.co/hXB8o4v5JB

In 2019, Florida Representatives also voted down party lines on the first passed resolution to impeach Donald Trump on charges of abuse of power and obstruction.