'I love you, too;' George H.W. Bush's final words were to his son

The 43rd President of the United States called his father before he passed and told the elder Bush he had been "a wonderful dad" and that he loved him. 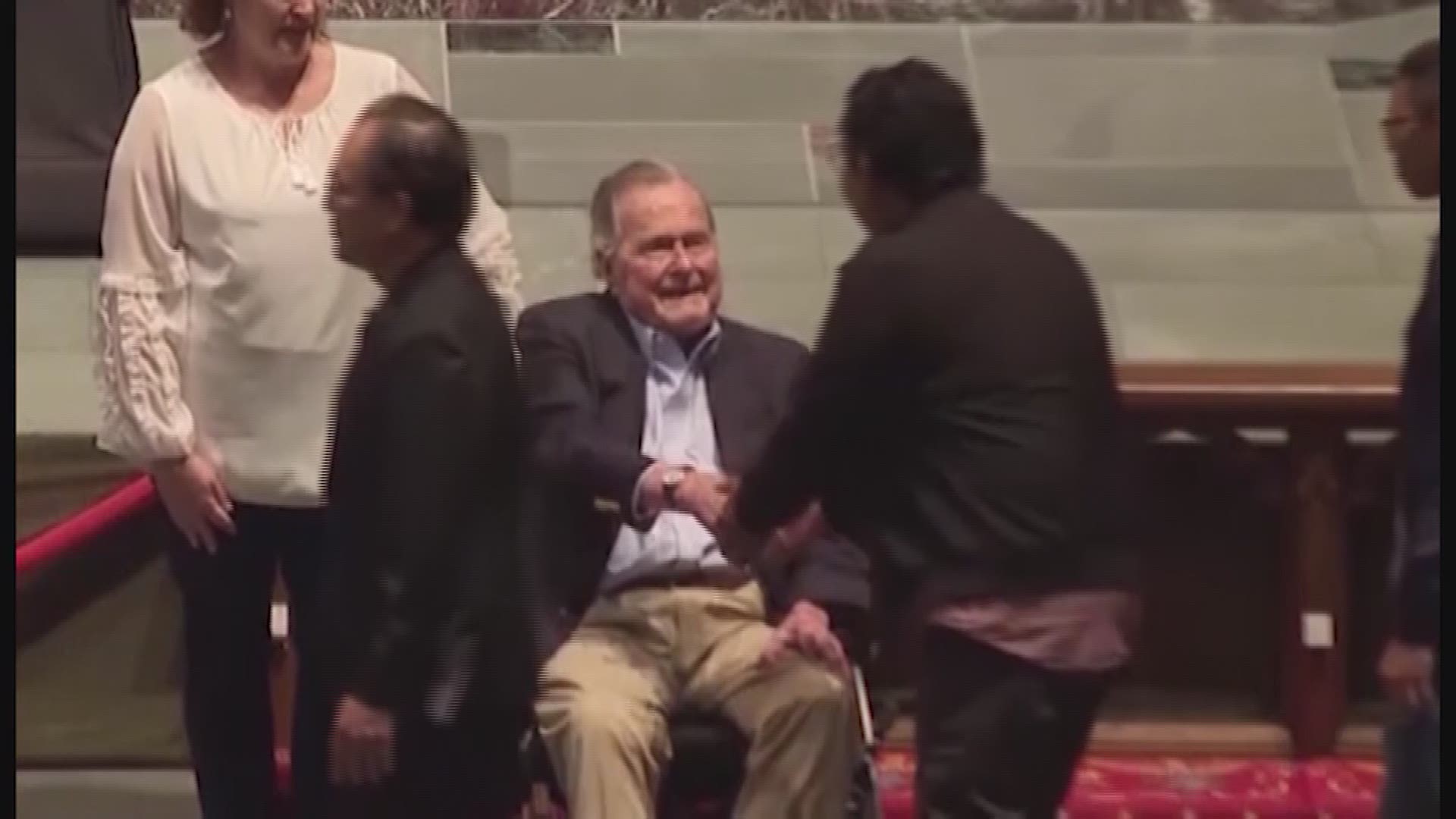 President George H.W. Bush passed away late Friday night with family and friends by his side. Sources tell KHOU 11 News former Secretary of State James Baker was among those close friends and family in the room.

According to a Bush family spokesman, the President's final words were "I love you too," to his son former President George W. Bush.

The 43rd President of the United States called his father before he passed and told the elder Bush he had been "a wonderful dad" and that he loved him.

The last few weeks had been difficult for the President. His health had been declining. He received frequent visits from his son Neil and his wife Maria, and Baker and his wife Susan. They were all present during Bush's final moments.

Thursday was a very rough day for the President, but Friday morning he appeared to bounce back. A family spokesman says Bush ate three eggs and appeared to be improving, but then things took a turn for the worse quickly.

He will be laid to rest on Thursday, Dec. 6 at the George H.W. Bush Presidential Library and Museum at Texas A&M University.

What to know about Robin Bush, George H.W. Bush's daughter who died young

George and Barbara Bush: A love story for the ages