Not a day has passed that Falah Behbehani hasn't thought about being held captive. He has photos he's posted to Instagram, where he documents what life was like through his eyes. 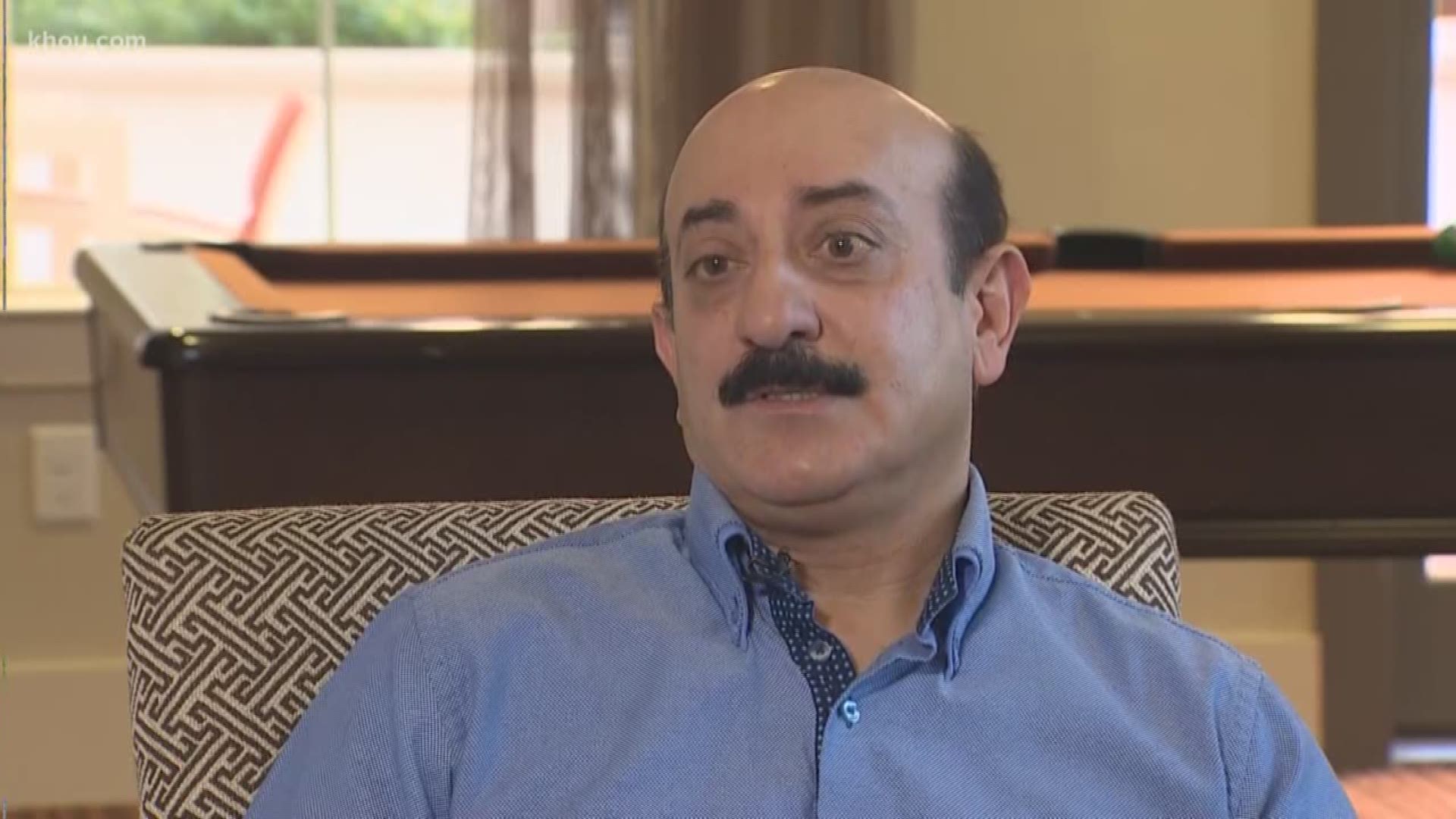 HOUSTON — A former prisoner of war honors the legacy of George H.W. Bush and his efforts in liberating the Kuwait people.

Falah Behbehani was on the phone with his daughter when he walked to the gate outside the Bush home Saturday morning.

He tells her, “your father is free because of this man here.”

In Kuwait, Behbehani spent 241 days as a prisoner of war after the Iraqi government invaded his hometown. Behbehani was working for the Kuwait army when he was captured.

“It’s as if life paused and when you start, you’re missing lots of things,” said Behbehani.

Not a day has passed that Behbehani hasn’t thought about being held captive. He has photos he’s posted to Instagram, where he documents what life was like through his eyes.

He admits, sneaking a camera into the compound was not easy. Behbehani bribed guards to buy the camera and even bought visits with his family. On each visit, his wife would smuggle rolls of film.

“It was very tough. If they catch you with a camera, it was immediate execution,” said Behbehani.

Behbehani and others were liberated on March 28, 1991, and years later he and his family would relocate to Houston.

With the kids now grown and out of the house, Behbehani began renting an apartment on Post Oak lane.

What he didn’t realize, is he was now living across the street from the very man he credits for his life.

“I had suspicions. I know his house is somewhere here, but I never knew his exact address,” said Behbehani.

The two never met, but it wasn’t for lack of trying. Behbehani often saw Bush doing laps around the neighborhood and dreamt of the day he could introduce himself.

That day never came, but a public viewing later this week will be his chance to at least say thank you. If only it were that easy.

“Sometimes you cannot collect words to say thanks to them," Behbehani said. "When someone frees you, it changes your life. It changed my life. It changed the life of many people in Kuwait."

Behbehani plans to spend the next three months in Houston, before returning to Kuwait for work. He says in the meantime he’s working on writing his memoir for his children and others, to one day reflect on.