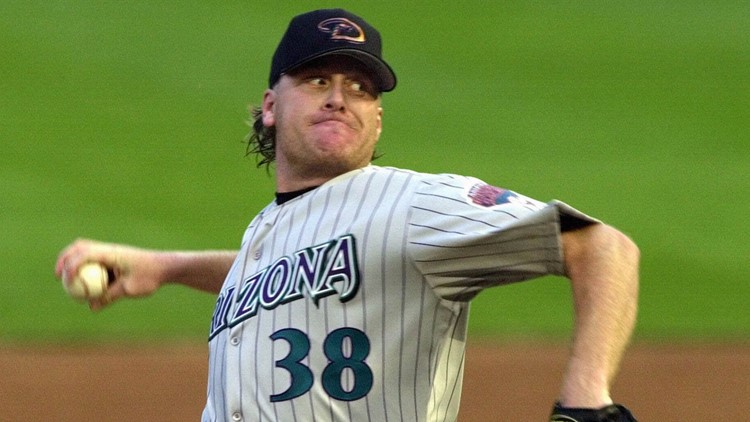 The former Arizona Diamondback pitching ace hinted in an interview Sunday on Armed American Radio that he may run for U.S. Congress in Arizona.

Specifically, he talked about going after one of the five Democratic seats, but he did not say which district.

"I haven’t said anything publicly, but I’m considering going back to Arizona and running for a congressional seat, one of the blue ones," Schilling said.

He said his goal in running in Arizona is to keep the state red.

It's not the first time Schilling has floated a congressional run.

Schilling, who helped lead the Boston Red Sox to World Series titles in 2004 and 2007, previously flirted with the idea of a run for Senate in Massachusetts against Elizabeth Warren in 2018. In 2009, he had hinted that he was eyeing the seat vacated by the death of Sen. Edward M. Kennedy.

Now turning his attention back to his home state, Schilling said that as an Arizona native, he has seen how serious an issue immigration is and how it affects ranchers and law enforcement in the state.

He has endorsed Republican candidates in the past and backed President Donald Trump in the 2016 race. Schilling's was a polarizing figure both while he was in baseball and later as a sports analyst.

In April 2016, Schilling was fired as an ESPN commentator after he posted a meme on Facebook lashing out against transgender people and those in support of transgender restroom rights. Before that, he was suspended from the network during the MLB playoffs for a tweet comparing Muslims to Nazis.