Tired of Florida's 'closed primary' elections? You'll have a chance to vote on it in November

Many Florida voters won’t get to cast their vote for a Presidential candidate in March because they aren’t affiliated with one of the major political parties. 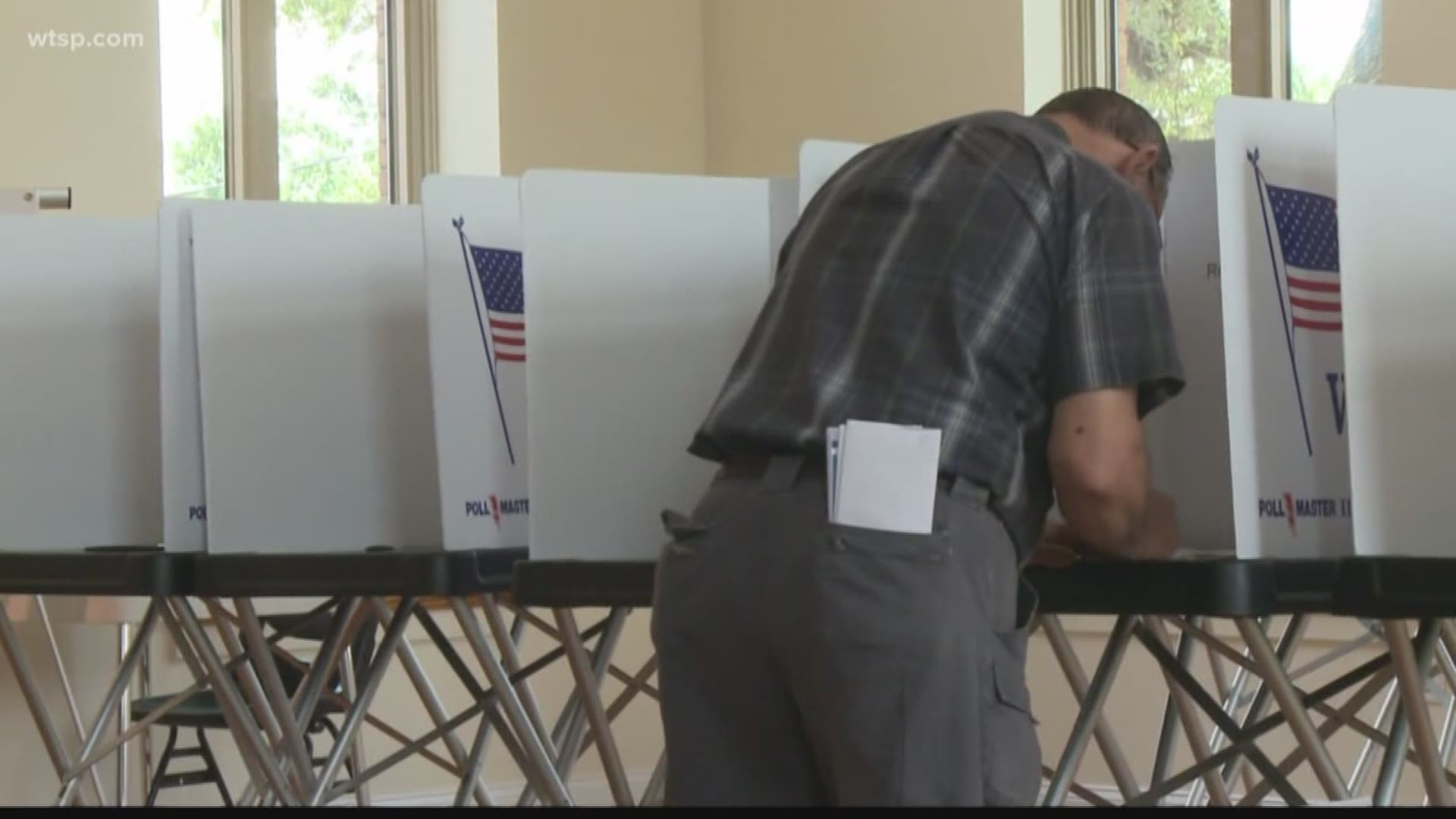 ST. PETERSBURG, Fla. — As the 2020 Presidential election cycle moves on from Iowa and New Hampshire, both voters and candidates have started looking ahead to Super Tuesday states and beyond.

That includes Florida, one of the country’s most important swing states.

Florida’s Presidential Preference Primary Election is scheduled for Tuesday, March 17. However, many voters won’t get the opportunity to cast their vote for a Presidential candidate because if they aren’t affiliated with one of the major political parties.

Florida is a closed primary election state, meaning only voters affiliated with a party may vote for their respective parties’ candidates. That means only registered Democrats will have the opportunity to weigh in on who will face incumbent President Donald Trump in the Nov. 3 general election.

“You have to choose, is what it really boils down to,” said Julie Marcus, Chief Deputy for Pinellas County’s Supervisor of Elections.

Marcus said it’s common for voters to change their party affiliation ahead of primaries like these in order to back a candidate they want to see on the November ballot.

“Yeah, we see that,” added Marcus. “We see that prior to Presidential preference primaries and primaries. The law allows for it so voters can take advantage of this process where you can belong to one party, change it for an upcoming primary and then change your political party back and you can do that as long as you do it 29 days before a primary election.”

Voters have until midnight on Tuesday, February 18th to change their party affiliation for the March Presidential Preference Primary.

Meanwhile, Florida voters will have the opportunity to change the state’s election system to an open primary format in November. The group All Voters Vote has collected enough signatures to get a constitutional amendment on the 2020 ballot that would allow all Florida voters to vote in primary elections for legislature, governor and cabinet regardless of political party affiliation.

“Partisan extremism has divided our country and our state, while the major parties are increasingly dominated by their fringes. Voter isolation and dissatisfaction continue to rise,” the group states on its website.

“As a result of growing dissatisfaction, the number of unaffiliated voters has grown 400 percent as a percentage of the electorate since 1990. And the trend will continue. In a few short years, the number of voters with no party affiliation will be as many as those registered with either of the major parties. But, without changing the law, they will be blocked from voting in the elections that matter most.”

“Allowing no party affiliation voters and others to vote alongside party loyalists will lead to the selection of more moderate candidates that would then face off in the general election,” 10News political analyst Lars Hafner said.

“This is not the first time Floridians have called for open primaries,” he added. “21 years ago, Florida passed a Constitutional Amendment to open our primaries and allow independents to vote alongside party loyalists. This would have resulted in the election of moderate candidates who were more likely to represent all Floridians. Only due to a state ruling did the will of Floridians not get enforced. Floridians didn’t forget, and with the high cost of Florida’s primary elections at $14 million dollars and the reality that 3.6 million independent voters are excluded by closed primaries, makes this an easy choice.”

“Both major parties get millions from the state every election, mostly from candidate filing fees,” Hafner said.

“They then a defend an exclusionary system in a time of high political polarization when more and more voters, especially young people, refuse to join either party. Just like 21 years ago when Amendment 11 passed opening Florida’s primaries, Florida’s 2020 Amendment 3 will pass allowing for all Floridians to participate in primary elections.”