Congress members are reacting after the announcement of a formal impeachment inquiry into President Trump. 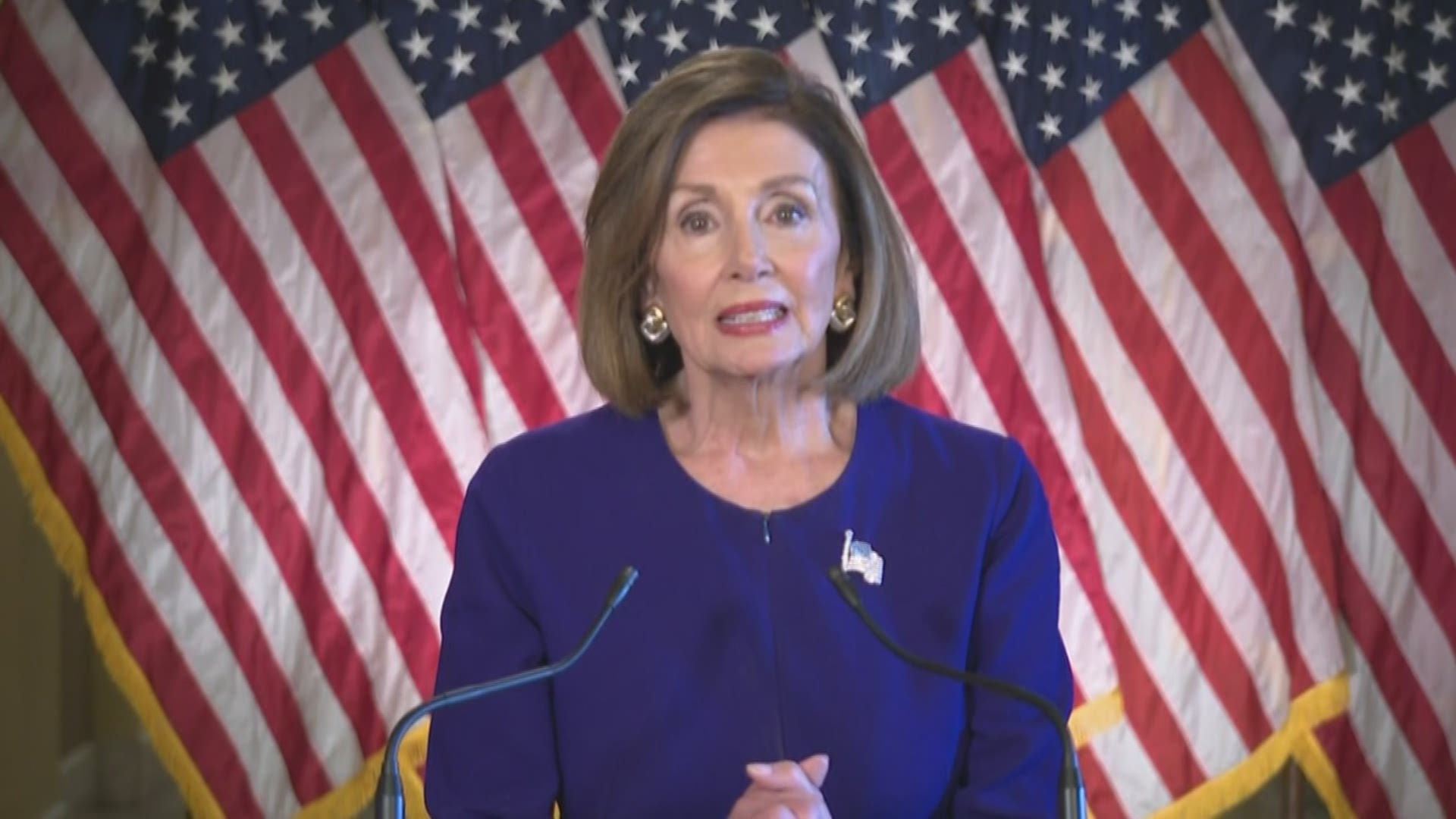 TAMPA, Fla. — A day after House Speaker Nancy Pelosi launched a formal impeachment inquiry against President Donald Trump, Florida lawmakers are reacting to the release of a memo detailing a phone conversation between Trump and the Ukrainian president.

According to a memo of July 2019 phone call with Ukraine's new leader, Trump prodded the country's president to work with Rudy Giuliani and the U.S. attorney general to investigate former vice president and Democratic presidential candidate Joe Biden.

The 30-minute call was reduced to a five-page memo released by the White House Wednesday morning.

RELATED: Why 'transcript' of Trump's Ukraine call is not word for word

Democratic members of Congress from Florida on Wednesday have echoed Pelosi's quote of "no one is above the law."

Rep. Charlie Crist (D) tweeted: "President Trump is not above the law. Withholding aid from a sovereign, vulnerable nation in exchange for political gain is a crime."

Rep. Kathy Castor (D) said "The American people deserve to understand the depth & breadth of Trump's ethical & criminal violations following recent revelations, and impeachment inquiry should be put on the fast track and all of the facts made plain."

Florida Republicans were less enthusiastic about impeachment calls, with some calling the move "deeply divisive."

Sen. Rick Scott sent the following statement to 10News, saying Democrats are "on a mission to destroy Trump":

"There’s nothing in this transcript to warrant impeachment. The Senate Intelligence Committee is continuing its investigation and Senator Scott looks forward to seeing more of the facts. What’s clear is that Congressional Democrats are on a mission to destroy Trump. Their entire legislative agenda is now impeaching the President of the United States over innuendo and rumors. Senator Scott is focused on solving real problems for American families – like lowering the cost of prescription drugs, securing the border, and protecting American national security."

Sen. Marco Rubio tweeted: "Impeachment is an extraordinary measure that should be employed with caution & on the basis of facts."

Rep. Greg Steube (R) said, "Before the facts are even know(n), Democrats, led by Nancy Pelosi and the Squad, are jumping to conclusions and starting impeachment proceedings."

Rep. Ross Spano (R) said the calls for impeachment are a "distraction" from other important issues.

He posted this statement online:

“The latest calls for impeachment are nothing more than a distraction from important issues like strengthening our economy and helping our nation’s veterans. We should be focused on bettering the lives of hardworking Americans. September is suicide awareness month and we have lost over 6,000 veterans per year from 2008 to 2017. As the month comes to a close, rather than pass bills to help expand efforts to address veteran suicide, the Speaker is devoting the House’s time to launching this investigation. How many times are we going to have to go through this? First it was the Mueller report. Now, after President Trump authorized the release of the transcript of his call with Ukraine’s president, which led to the whistleblower complaint, the Democrats are launching the impeachment process ahead of seeing the full transcript. Enough is enough. The Democrats are playing politics and I am still not supporting their efforts to take down the President.”