Trump reportedly urged the elections investigator to 'find the fraud,' saying the official would be a 'national hero.' 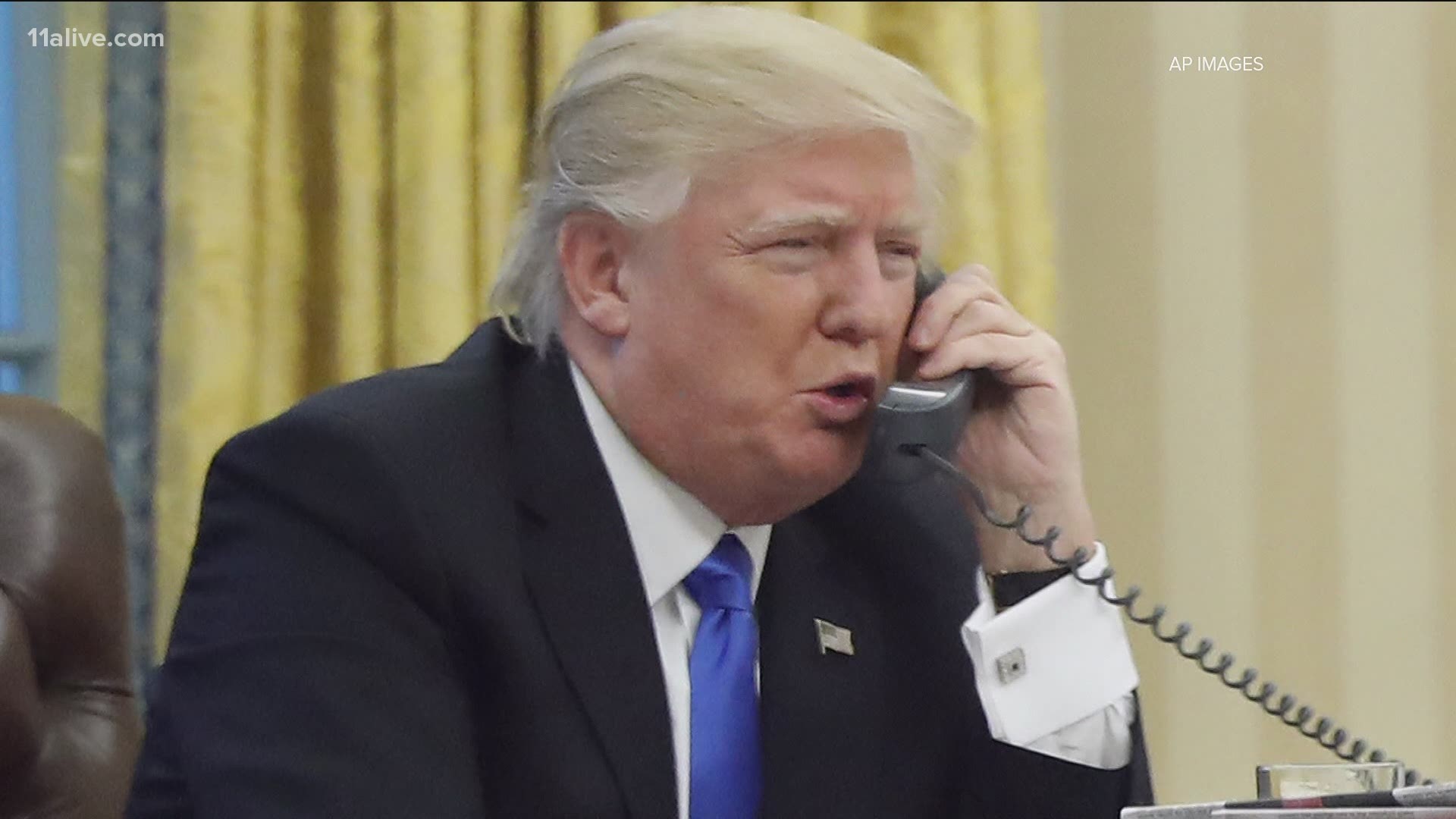 ATLANTA — President Trump made an earlier, separate call to a Georgia election official leading an investigation into allegations of signature irregularities and pressured the official to "find the fraud," according to a new report.

The story was first reported by the Washington Post. A highly-placed source also confirmed the details of the report to 11Alive.

The call, which was not recorded, came shortly before Christmas, weeks before the Jan. 2 phone call between the president and Georgia's Secretary of State Brad Raffensperger.

Leaked audio from the January call, also first obtained by the Washington Post and later by 11Alive, recorded the President pressuring state officials to "find" more than 11,000 votes in order to overturn Joe Biden's victory in Georgia.

Now, in the Dec. 23 conversation, Trump reportedly urged the elections investigator to "find the fraud," saying the official would be a "national hero." 11Alive reached out to the Secretary of State's Office for a statement, but they would only speak to confirm the report.

At the time of the call, the elections official was leading an investigation and audit of signatures on ballots in Cobb County, after allegations were raised that county officials improperly followed procedures for matching signatures.

The audit, completed by the Secretary of State's Office with the assistance of the Georgia Bureau of Investigation, found only two instances of irregular signatures out of a sample of nearly 15,000 ballots. Officials concluded there was no widespread fraud.

Raffensberger told the Post in a Friday interview that he was not familiar with the specifics of the call with the chief investigator, but said it was "inappropriate" for Trump to have tried to intervene. One former federal New York prosecutor also told the paper that the December call amounts to obstruction "any way you cut it."

Listen to the full audio of the Jan. 2 phone call below: