Joe Biden defeated Donald Trump in Duval County by just over 18,000 votes, a major change from 2016 when Trump beat Hillary Clinton by about 6,000. 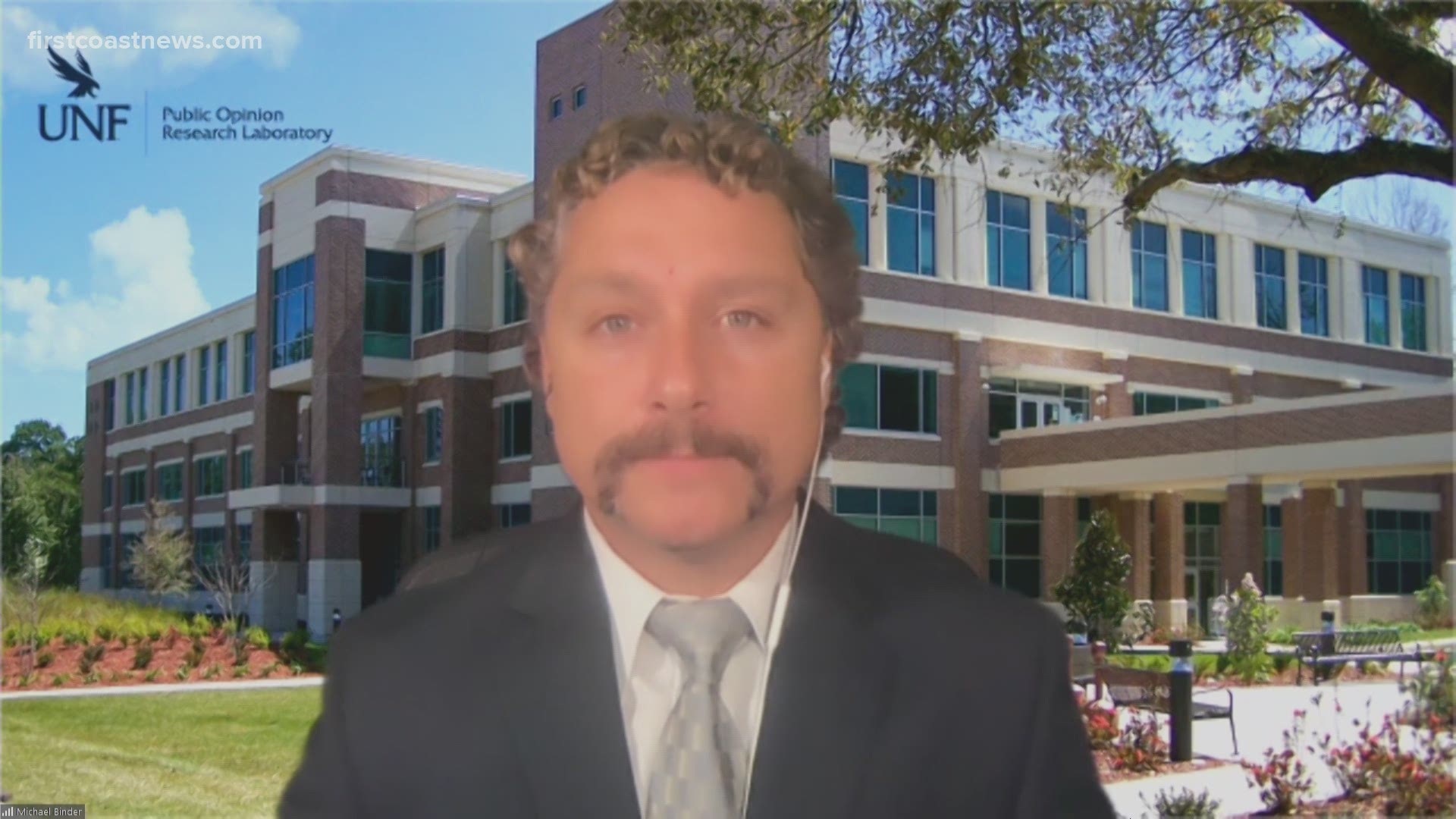 JACKSONVILLE, Fla. — Duval County has "gone blue" in the 2020 presidential election. With 190 of 199 precincts reporting, former Vice President Joe Biden led President Donald Trump. Biden has just over 51% of the votes counted in Duval County so far with Trump at 47%. The margin of victory for the Democratic nominee in Duval is just over 18,000 votes (250,942 to 232,846).

These numbers mark a reversal of fortune for the president in Duval. Trump won 49% in Duval County in 2016 while Hillary Clinton took 47.5%, a 6,000 vote margin.  While Biden improved Democrats fortunes in Jacksonville, President Trump improved his numbers in other areas of the state, including in Miami-Dade County.

Both campaigns made Duval County a priority in the last few weeks of the election. Trump made a campaign stop in Jacksonville in late September and his son, Eric Trump, made multiple visits to the city in the closing weeks. Senator Kamala Harris, the Democrats vice-presidential nominee, visited Jacksonville last week.