The new measures are aimed at strengthening ballot integrity and election transparency. 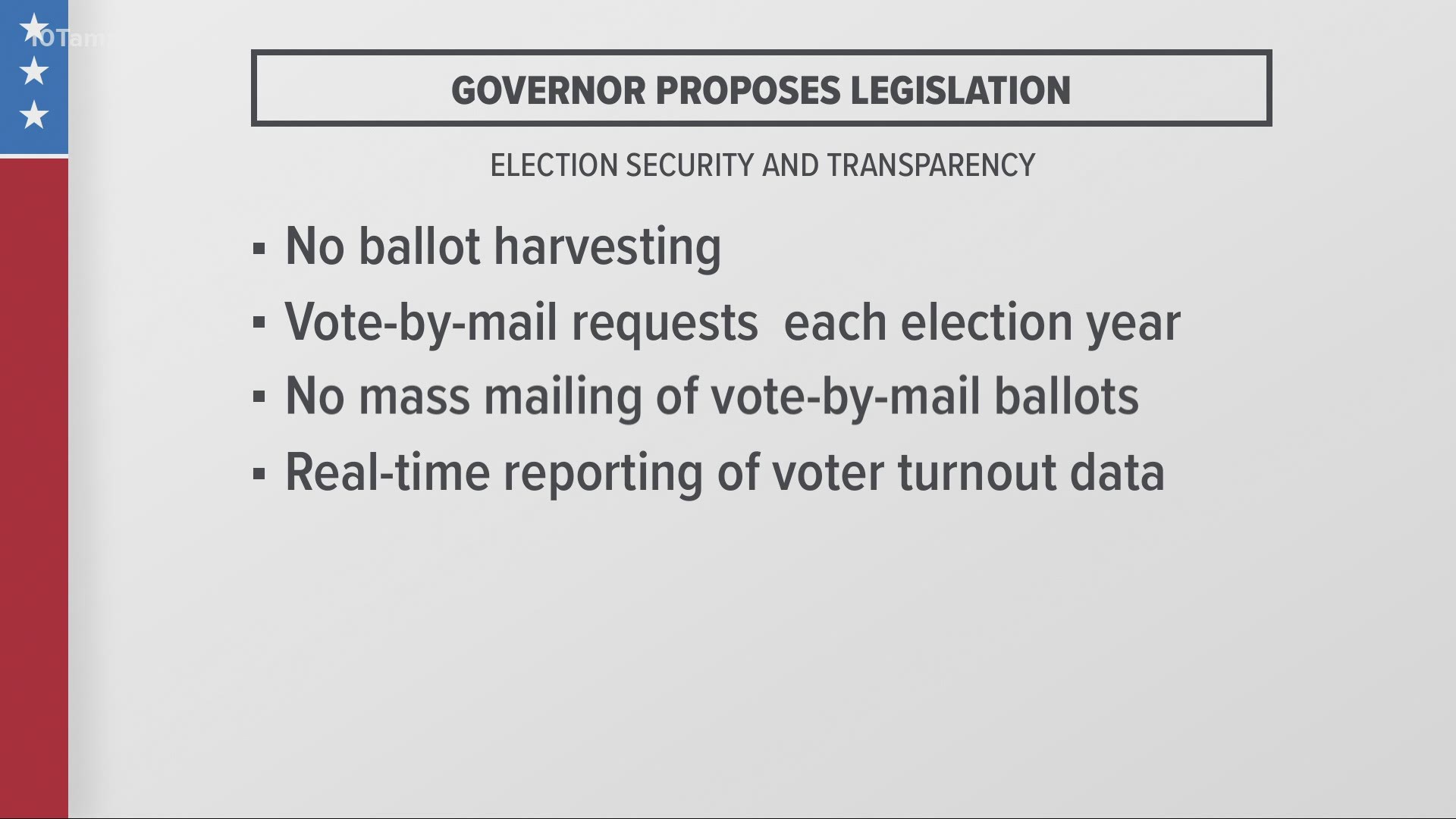 In his proposed measures, DeSantis reflected on the November presidential election, saying that other states took several weeks or even months to count votes, while Florida had 99 percent of votes in by election night.

"Florida had the most transparent and efficient election anywhere in the country," DeSantis said.

However, the governor said we can't "rest on our laurels" and we need to stay ahead of the curve to ensure election integrity.

DeSantis spoke out against "ballot harvesting" where a third-party collects and submits other people's completed ballots.

The proposed legislation would address the use of ballot drop boxes through new regulations for mail-in ballots. Vote-by-mail ballots would only be available by request each year to avoid a "mass mailing" of ballots, according to a release from the governor's office.

Gov. DeSantis went on to say the state needs to address "hundreds of millions of dollars" from special interest groups being used to run elections.

These third-party grants used for "get the vote" initiatives would not be allowed in the governor's proposed measures. It would also ensure that political parties and candidates cannot be "shut out from observing the signature matching process."

"By strengthening these election integrity protections, we will ensure that our elections remain secure and transparent and that Florida’s electoral process remains a blueprint for other states to follow,” the governor said in a release.

The Florida Supervisor of Elections association released the following statement in response to the proposed measures:

The Florida Supervisors of Elections (FSE), an association of Florida's 67 elections officials, has long served as a resource for legislators as they consider changes to Florida's election laws. While we have not yet seen the proposed legislation referenced in the press release issued by Governor Ron DeSantis today, we look forward to sharing insight with legislators as to how any proposed legislation might impact the conduct of elections or the voter experience in Florida.

Today, I’m excited to announce new initiatives to ensure that Florida remains a leader on key issues regarding our electoral process, such as ballot integrity, public access to election information, transparency of election reporting and more. https://t.co/LwAWHKETnA