'Why can’t these states be more like Florida?': Gov. DeSantis praises his battleground states' election response

The governor had high praise for how the state handled tabulating and reporting election results in a way that inspired confidence. 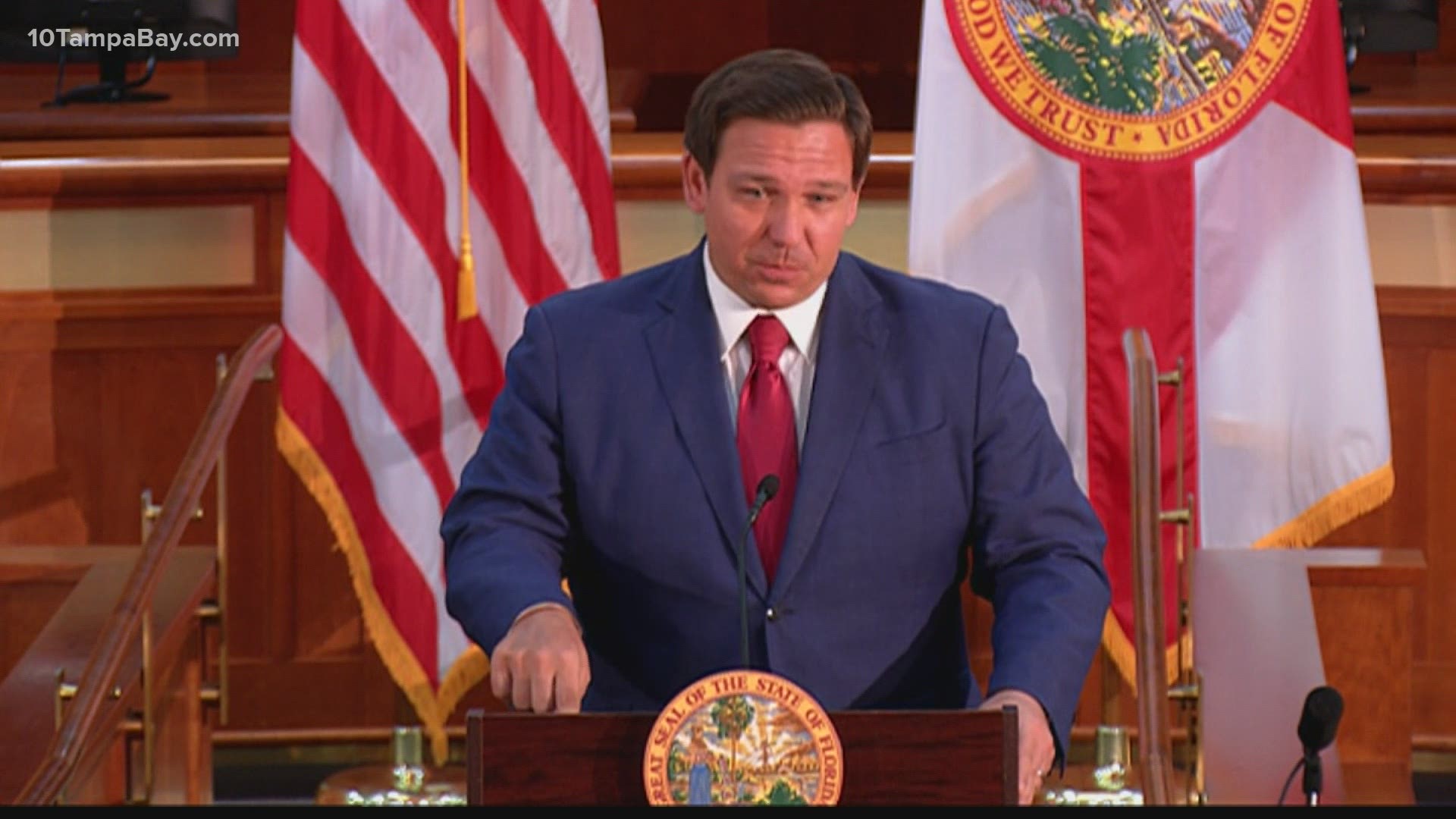 TALLAHASSEE, Fla. — To the states that have yet to announce 2020 presidential election results, Gov. Ron DeSantis has one question: "Why can't these states be more like Florida?"

The governor posed the question while touting his state's response to this election cycle compared to the stigma the battleground state has faced in the past, namely for Bush v. Gore in 2000 and election "chaos" in two South Florida counties in 2018.

But according to DeSantis, that is all behind us, and other states should take note from Florida on how to process, tabulate, and report results in a timely manner. His words were mainly targeting states that have yet to be called, including Nevada, Georgia, Pennsylvania, Michigan, North Carolina, and Alaska.

“The way Florida did it, I think inspires confidence, I think that’s how elections should be run," DeSantis said.

And to get the state to a point of being an election success story that other states should want to emulate, DeSantis says, came at his hands.

He also had high praise for election workers and all involved with making sure Florida "vanquished" the Bush v. Gore "ghost" of 2020.

As for his opinion on other states' performances? He compared them to black holes.

“We’re one of the few states in the country where you can follow the number of people that are voting in real-time," he said, in part. "The rest of these states, it's kind of like a black hole."

The governor specifically had his sights set on Nevada, appearing to have a bone to pick with the state's election administration, which announced it was pausing counting ballots until Thursday.

“Really?! This is your one job. It’s a presidential election. You’re just going to take the day off when it’s a half a percent race between two candidates which could be the determining factor on potentially who gets to 270,” DeSantis said.

That’s it for election results updates until 9:00 am on Nov. 5. Here’s what has been counted so far:

DeSantis also touched on his disappointment in how networks handled calling the state, describing the lack of action as "real resistance to just recognize reality." He also called out pollsters and those who predict election outcomes for, in his words, not being sufficient at their jobs.

Regardless of the governor's timeline for the calling of the presidential race, America still waits as projections are made. And with threatened litigation, the possibility of recounts looming and the need to concede, it could be some time before a final victor is declared.