Can you vote twice as suggested by President Trump?

In Florida, it is illegal to vote twice; it is a felony. 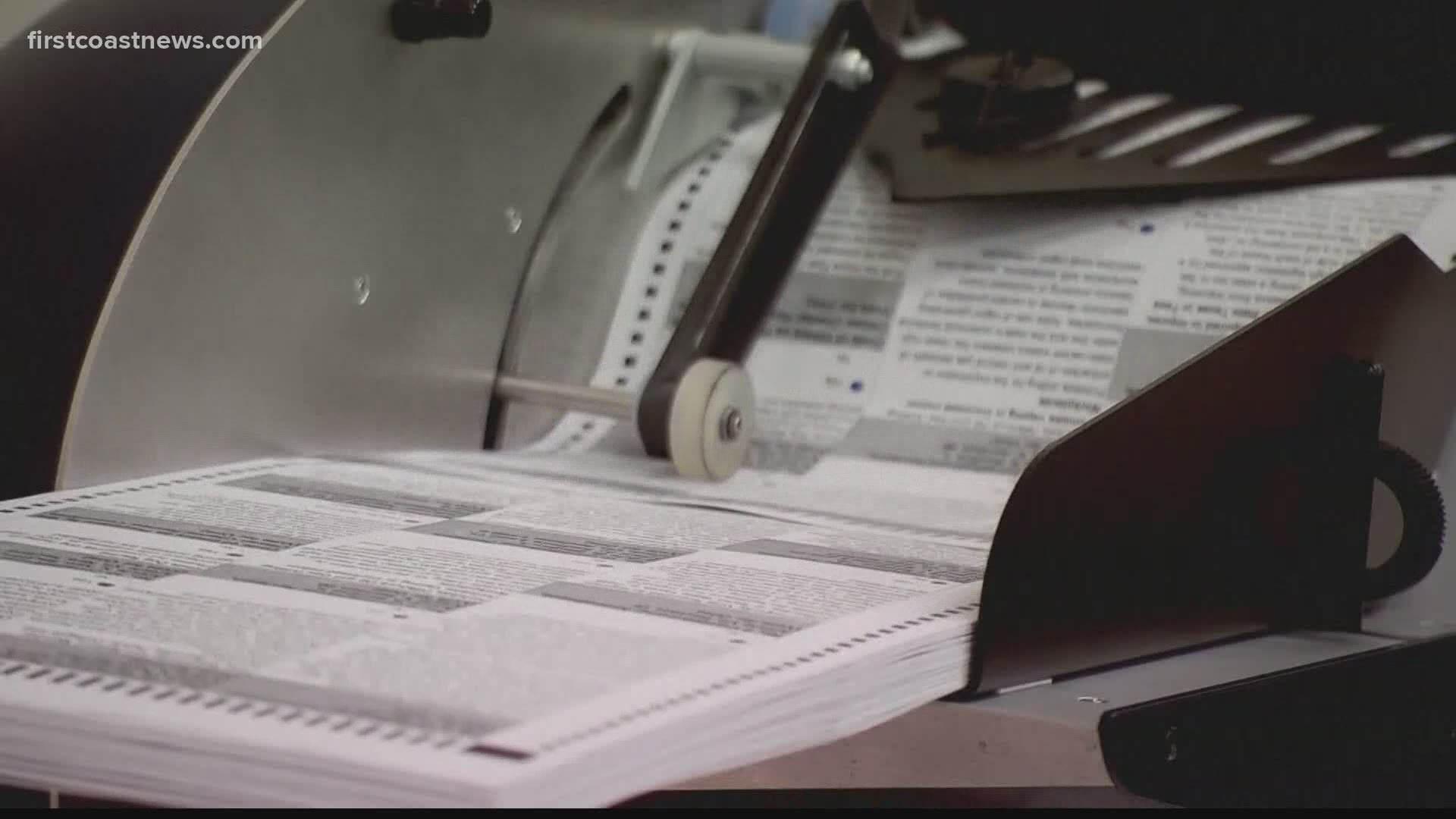 JACKSONVILLE, Fla — During this election cycle, there has been a relentless attack on the ballot system from allegations of fraud to a rigged system.

The coronavirus pandemic has created significant interest in absentee ballots or voting by mail.

"We continue to see a movement toward voting early and voting by mail," said Chris Chambless, the Clay County Supervisor of Elections and in recent months has posted his own newspaper editorials defending the integrity of the system.

"I have no doubt about the integrity of the system," he said. "Florida is poise and ready for the November elections."

His concern is the length of the ballot, about four pages, and how much time it will take voters to get through it.

But he once again has to deal with questions about the voting system and the integrity of ballots cast by mail.

"We are expecting large numbers by mail," said Chambless.

This week, President Donald Trump suggested to supporters to vote twice to be sure their vote is counted.

While he was speaking to North Carolina voters, he is being heard in all 50 states and it is creating angst.

"The way that I understand his message was to test the security of the system," said Chambless.

And that is the context of how he made his remarks, but Chambless said the system does not need testing, at least not that way.

"There is no need to test the system," he said.

If someone votes by ballot and then visits a polling place to vote again, it will create a potential backlog, he said.

Chambless said there are safeguards in place.

"You cannot vote twice," said Chambless. "You can attempt but the system will not allow it."

He said within seconds, they can tell if someone has already cast a ballot.

"The system is going to know. It is going to tell if you have already cast a ballot," he said.

In Florida, it is illegal to vote twice; it is a felony.

Chambless message is clear, ignore what you hear or read in social media and carry out your right to vote.

He is projecting an 80% voter turn out in Clay County. He is encouraging the electorate to vote early and vote by mail.