Behind the scenes: UNF Opinion research lab takes the pulse of voters in tense political times

Getting to the desired sample of 700 likely voters requires calling thousands of registered voters -- a mix of Republicans, Democrats and No Party voters who've voted in recent elections, as well as new registrants. 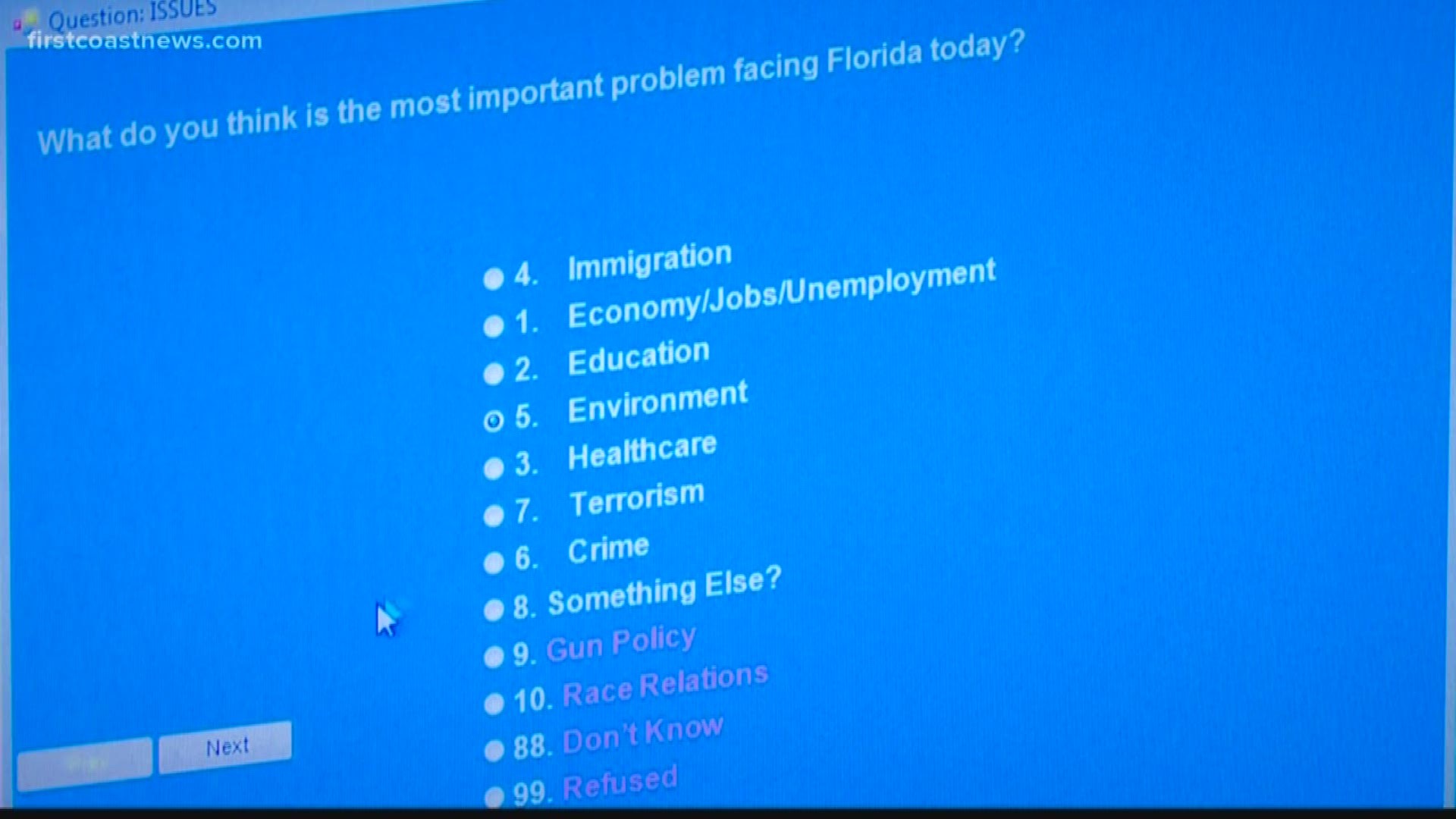 It’s a rare find these days: A place where everybody’s talking politics – without conflict, argument, or insult.

The Florida Public Opinion Research Laboratory at the University of North Florida has been calling registered voters across the state throughout the past week to ask about the biggest contests in the midterms.

Those results – to be unveiled Monday morning – include the race for Governor, Senate and Amendment 4 (restoring voting rights to ex-felons).

First Coast News took a look behind the scenes at the lab -- a room full of mostly student employees, placing call after call, and making occasional connections.

UNF political science professor Dr. Michael Binder, who runs the lab, says it’s getting more difficult to do phone polls – and not just because of the tense political climate.

“Believe it or not, not everybody answers the call when we call them,” Binder laughs. The current poll takes just a couple minutes. Even then, callers complete only between two to three an hour. Getting to the desired sample of 700 likely voters requires calling thousands of registered voters -- a mix of Republicans, Democrats and No Party voters who’ve voted in recent elections, as well as new registrants.

In addition to asking about specific races, callers ask what issue voters most care about, from a list that includes immigration, education and the environment. Binder says those questions provide a useful counterpoint to the naked political aspect of polls.

“The horse race angle of polling is troubling, right?” Binder asks. “The focus is on ‘who's winning?’ I wish there was more focus on policy.”

“How else are you going to get your voices heard?” he asks. Absent attending candidate fundraisers or being a lobbyist, Binder says, “this is an opportunity for regular, ordinary people to say, ‘Hey: This issue is important to me.’ Because guess what? Elected officials see these results, and pay attention to them.”

While getting people to participate can be a challenge -- politics are contentious, people are busy – enough participate, and some even enjoy being polled.

“They tend to not get angry,” Binder says, “and they tend to be very supportive.”