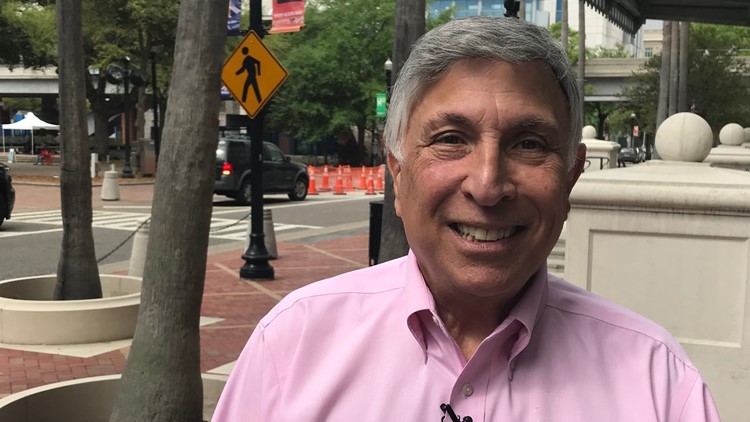 Election surprise: Tommy Hazouri in runoff election after race he should have won outright

JACKSONVILLE, Fla. — Tommy Hazouri has served in the Florida legislature, on the Duval County School Board and as the Mayor of Jacksonville. Given such strong name recognition, one would have thought his efforts to get re-elected to the City Council would have been easy, but it did not happen.

"It would have been nice to win first time out but it wasn't anything I didn't expect," said Hazouri.

Hazouri is a prominent Democrat. At the outset of Mayor Lenny Curry's campaign for a second term, Hazouri crossed party lines to publicly endorse Curry, a Republican.

"It may have affected some Democrats," he said.

In fact, many Democrats were upset.

Since there was another Democrat in the race, the local Democratic party did not get involved. But Daniel Henry, party chair, is convinced that many Democrats voted for the other candidate to let Hazouri know how they felt.

"I'm sure his endorsement of Curry played an influence in votes Jacob's received," said Henry. "But wasn't enough to knock him out of a run-off."

And that's where he is now, in a runoff election, facing a Republican candidate.

"You have some nay-sayers who are upset about me supporting Lenny Curry," said Hazouri. "But I will do it again."

He said when it comes to city hall, there are no Republican and Democrat potholes.

The Republican candidate he faces in the runoff is Greg Rachal.

Rachal is a military veteran and retired UPS employee.

Rachal has a much smaller campaign budget than Hazouri's, but promise to ramp up his campaign.

Hazouri said he has been in a runoff election before and his goal is to win.

"Hopefully my public service and my record, my experience will make a difference in this runoff again," he said.

It is a City Council at large race, which means everyone in the county can vote because it is not restricted to a district.

The elections are set for May 14.