Duval County senior Judge Brent Shore has served as chairman of the canvassing board because of his role as a county judge. 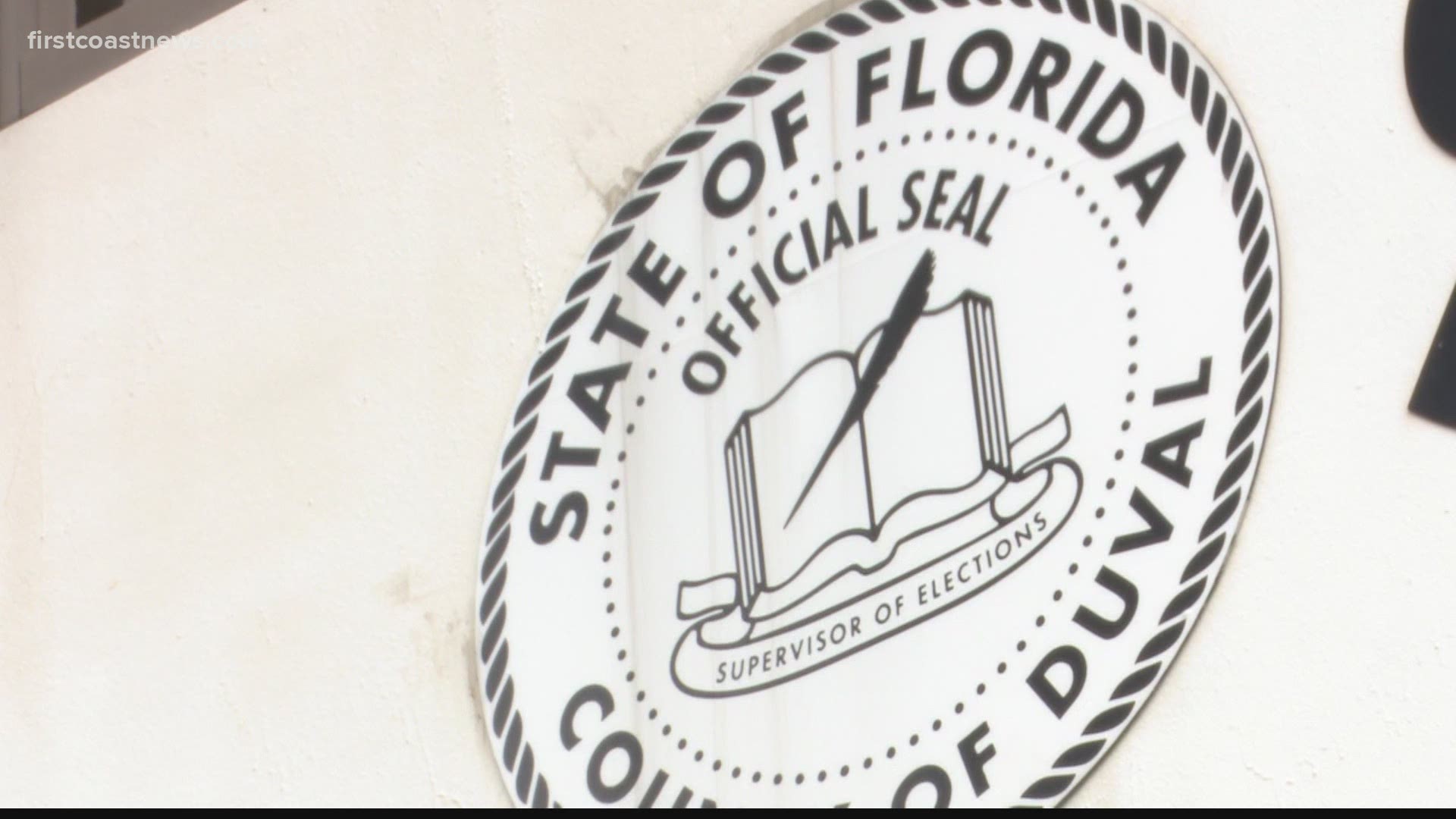 JACKSONVILLE, Fla — UPDATE: Duval County Canvassing Board Chair Brent Shore has resigned from the board.

EARLIER: Fellow Duval County Canvassing Board member Michael Boylan said the board's leader, Brent Shore, should resign in the wake of reporting from the Times-Union that Shore, a county judge, donated to Donald Trump's campaign a dozen times.

Click here to read more from The Florida Times-Union

"It was made very clear to us in taking on the role and responsibility of the canvassing board we should avoid any appearance or actual support for any individual," Boylan said Thursday. "I take this role very seriously."

He continued, "Judge Shore, I think, whatever steps the administrative judge takes, to recuse himself from the process is totally appropriate for the credibility of the process."

This follows calls by incoming state Rep. Angie Nixon, who serves as vice-chairwoman of the Duval Democrats, who called for Shore to resign, and a call from the Northside Coalition, a local civil rights group, for his resignation.

Shore, a Duval County judge, is prohibited by judicial ethics rules from making any donations, and he is prohibited from displaying campaign signs as a canvassing board member, yet he has six Trump signs and two signs for Republican U.S. Rep. John Rutherford in his yard.

His wife said those signs belonged to her, but the judicial rules says spouses cannot put political signs in yards at homes where judges live.

Shore has also sparked controversy by his refusal to lift a ban on the public photographing or videotaping the Canvassing Board as it corrects ballots.

RELATED: Duval risks undoing vote counts if board violates Sunshine Laws: 'This is the beginning of Florida delaying the election results'

The Canvassing Board has been going through mail ballots that were rejected by machines for the last week. It will meet again Friday morning.