The On Your Side team spoke one-on-one with Donald Trump Jr. who explained the campaign’s focus on Florida in the final days. 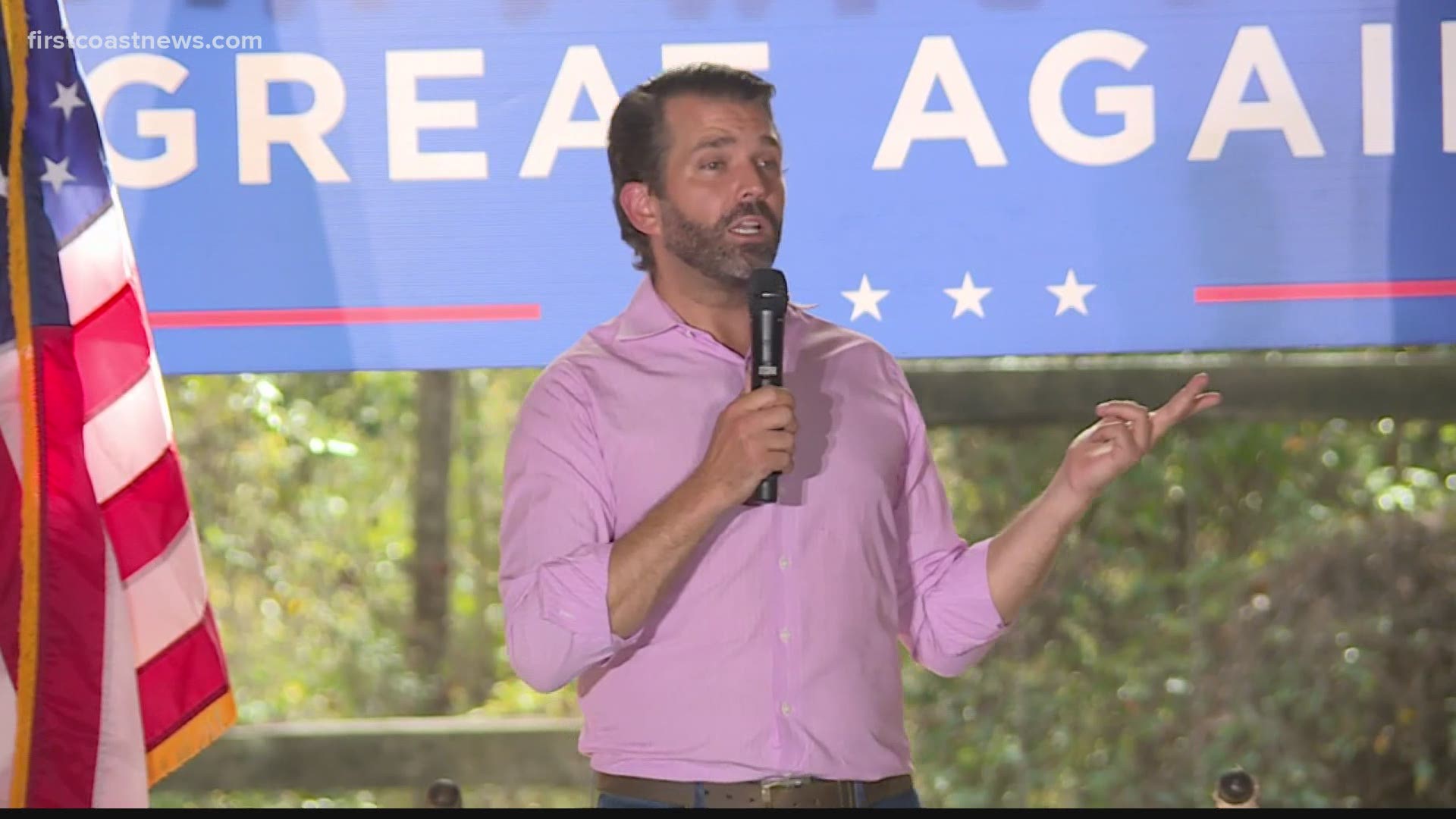 JACKSONVILLE, Fla. — Less than a week from Election Day and the campaigning continues on the First Coast.

“I’m the son of a billionaire from Manhattan and I’ve had more blue collar jobs than Joe Biden," Donald Trump Jr. said.

Shoulder to shoulder, masked and mask-less, about 250 people hung on every word from President Donald Trump's son. The eldest son of the president took jabs at former Vice President Joe Biden while rallying the Republican base to vote early.

Of the nearly 7 million ballots cast already in Florida — registered Democrats are edging out Republicans 41 to 37 percent turnout as of Oct. 28. With six days to-go, campaigns are not giving in.

The On Your Side team spoke one-on-one with Donald Trump Jr. who explained the campaign’s focus on Florida in the final days.

“Because no one is going to do it for us — my father is a fighter and a worker, and his kids are the same way and we’re going to fight and work hard for him,” he said.

President Trump is expected in Tampa on Oct. 29 and his son Eric Trump will be in Jacksonville Beach on Oct. 31 campaigning.