Florida's governor is asking people to support the president after an impeachment inquiry was announced against him. 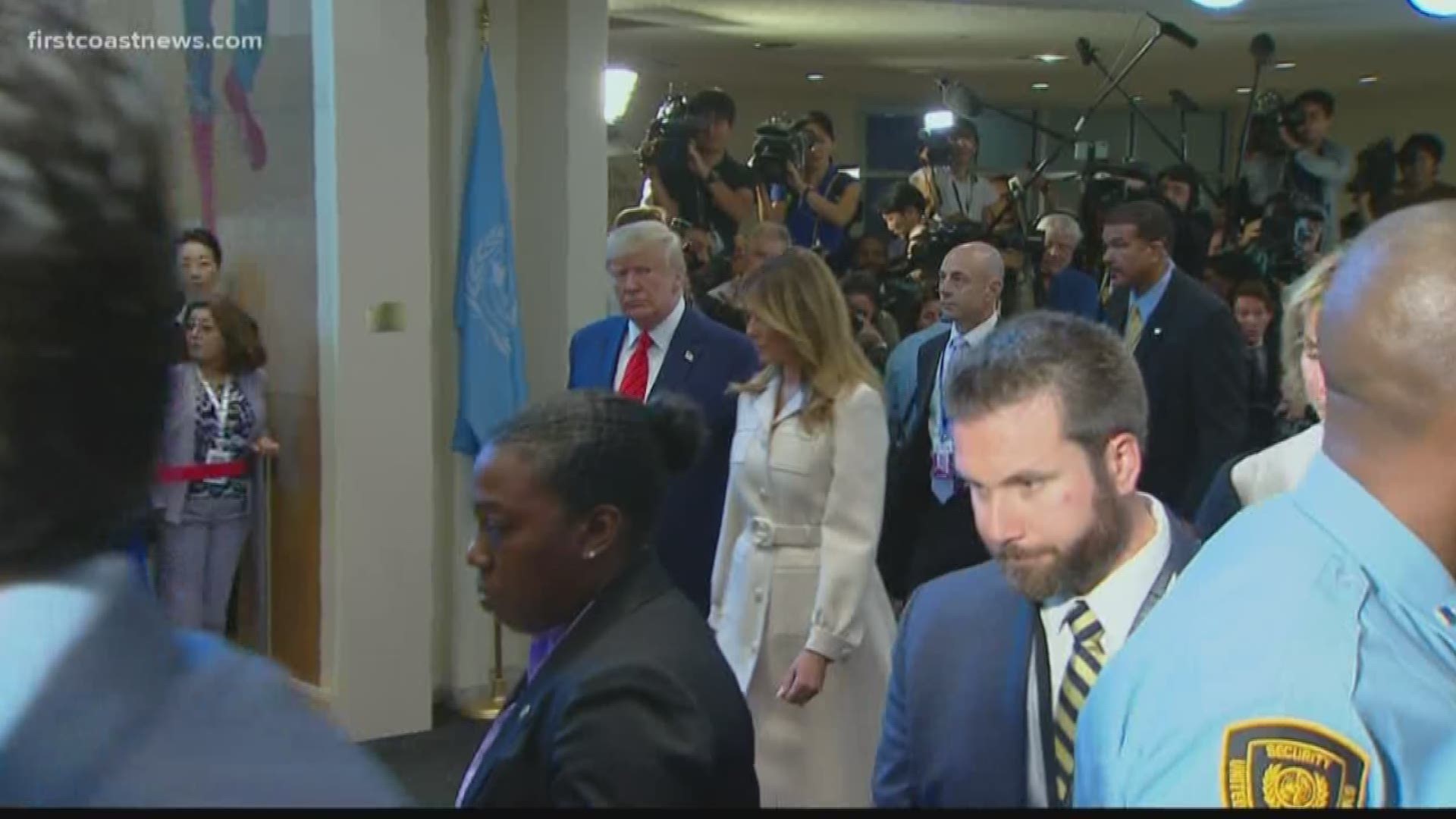 TALLAHASSEE, Fla — On behalf of the Republican Party of Florida, Governor Ron DeSantis sent out an email asking for help raising money to back President Donald Trump after Speaker of the House Nancy Pelosi announced an impeachment inquiry against him.

President Trump’s support was one of the things that helped DeSantis clinch the 2018 governor’s race over Democratic opponent Andrew Gillum.

Since DeSantis has taken office, he has said he didn’t want to be too involved in helping President Trump’s 2020 re-election run because he wanted state business to be his priority.

But, in an email, DeSantis asked his supporters to help him defend the president and contribute to a Presidential Protection Fund.

“As governor of Florida, I want the President to know that we have his back in this fight 100 percent, so today I’m issuing the Presidential Protection Fund to fight back against this disgusting attempt to overturn a legitimate U.S. election,” the email reads.

The impeachment inquiry was launched after an intelligence officer filed a complaint saying President Trump asked the president of Ukraine to investigate former Vice President Joe Biden. Biden is also running for the Democratic nomination for president.

RELATED: For President Trump, a high-velocity threat like none he's ever faced