For weeks, JEA leadership has painted a grim picture of JEA’s future. 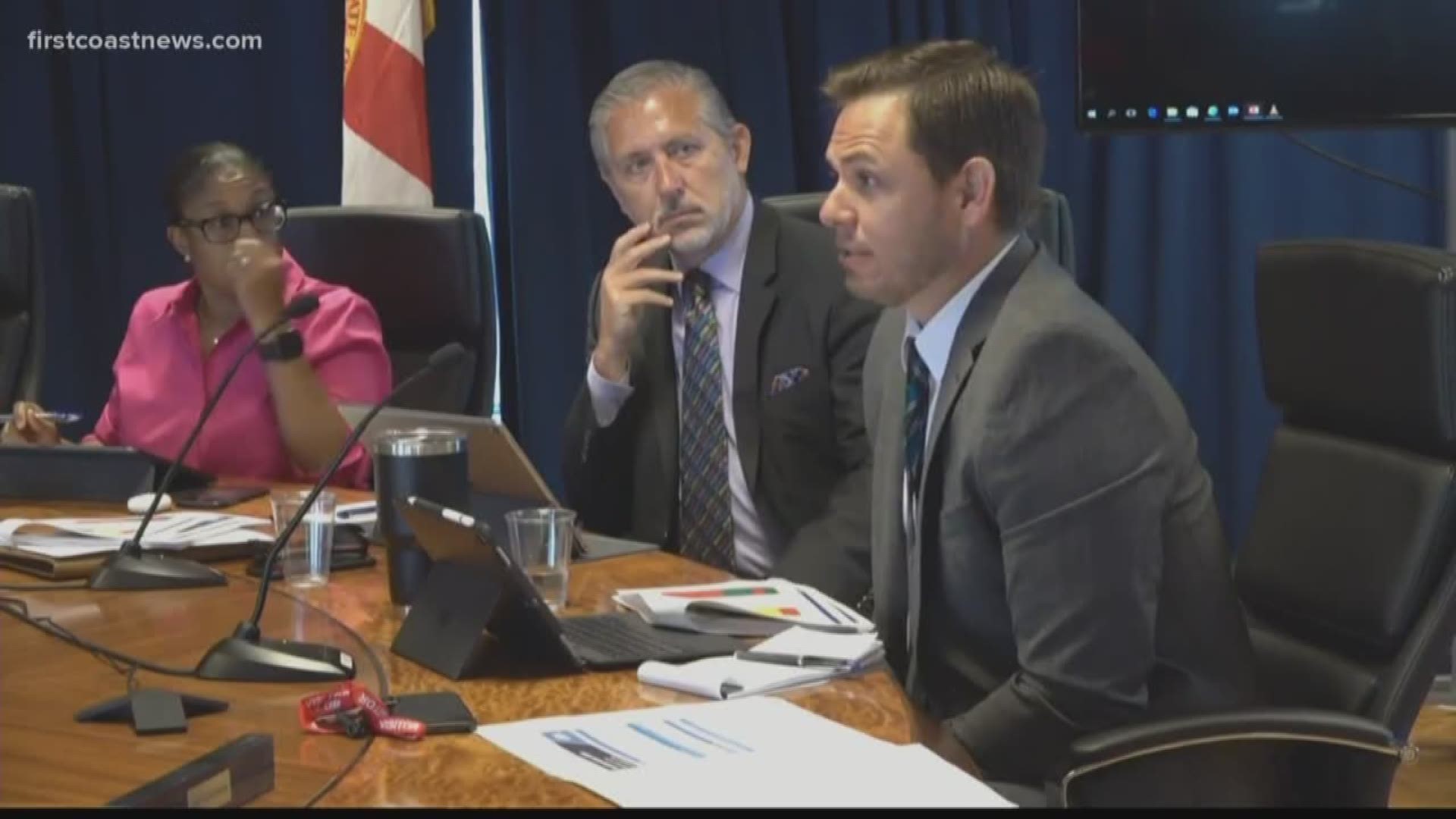 JACKSONVILLE, Fla. — For weeks, JEA leadership has painted a grim picture of JEA’s future. On Tuesday, the JEA board was tasked with finding the best possible solution for the utility's employees and customers.

With three "scenarios" to choose from, the board could stay the course, turn to employee layoffs and customer rate hikes, or sell some or part of the utility.

It was a unanimous vote for option three, which includes exploring the privatization of JEA.

JEA Union leadership tell First Coast News the discussion of privatization is different this time around only in the sense that the process of it all is more in the public eye.

JEA Senior Leadership says it's different this time around because it’s about sustaining the utility by finding an avenue that avoids price hikes and job loss.

In April of 2018, JEA CEO Aaron Zahn had appeared to shut down rumors of privatization of the utility, telling reporter Shelby Danielsen, "As far as I understand, the mayor and the city council have all come to an agreement on that."

That's no longer the case after the board unanimously voted to explore that option once again.

Zahn refused to take questions Tuesday, but JEA COO and President Melissa Dykes said selling the utility is not the only option going forward.

"Scenario number three doesn’t necessarily mean privatization, it means exploring options that will allow us to remove all of our constraints all at once by restructuring the business," said Dykes. "We started by looking at what this business response could look like under our current constraints and then looking at the creation of value if we eliminated those constraints."

JEA leadership believes the utility could make more money down the road if it is free of "constraints" in state laws and Jacksonville's city charter.

For example, the state constitution prohibits JEA from partnering with private sector companies. Something Dykes says they need to move forward.

"To explore alternatives that create value for the community without having to do massive headcount reductions," she said.

The next step is narrowing down options, like a sale, merger or public offering. Zahn will then present the option to the board.

JEA employee and union president Randy Hilton says the future is still unknown for him and his colleagues.

"It could be good for workers, but it’s hard to tell at this point," he said. "Short term it seems like layoffs are off the table for the next year, year and a half, beyond that I think it’s uncertain."

Any sale of more than 10% of JEA assets must be approved by Duval County voters.

About three hours after Tuesday's vote, JEA employees received letters asking them to sign a commitment to continue working for the utility.

Dykes says the letters came out so quickly because they had similar documents prepared according to the different options that were presented to the board.

A "Voluntary Prevention and Protection Agreement" was also sent out. In it, employees are asked to "voluntarily" sign the document, which requires what appears to be a type of gag order, stating that they cannot speak ill of the company or discuss its business at all, unless they've received approval.

Out of Tuesday's meeting came another hot topic of discussion, the CEO’s salary.

We asked Dykes why Zahn and the senior leadership team were making so much money when the possibility of massive job loss was on the table.

"Well, remember the board didn’t pick scenario 2a or 2b, which is where you see the cuts in headcount, the board instead chose scenario three, which is to explore alternatives for the community without having to do massive headcount reduction," she said.

First Coast News asked, "But it’s on the table, then it’s a concern, so again, why would people at the top make so much money if that is at all a possibility?"

Dykes says they are no longer facing job loss as a scenario after today's vote. She did not comment directly on how she felt about the salaries approved by the board.

Zahn has yet to answer our questions, but JEA PIO Gina Kyle says he held Q&A conference calls with employees Tuesday.