Brown's case will now be heard by all the judges of the 11th Circuit Court of Appeals. Thursday's decision vacates the January ruling that upheld her conviction. 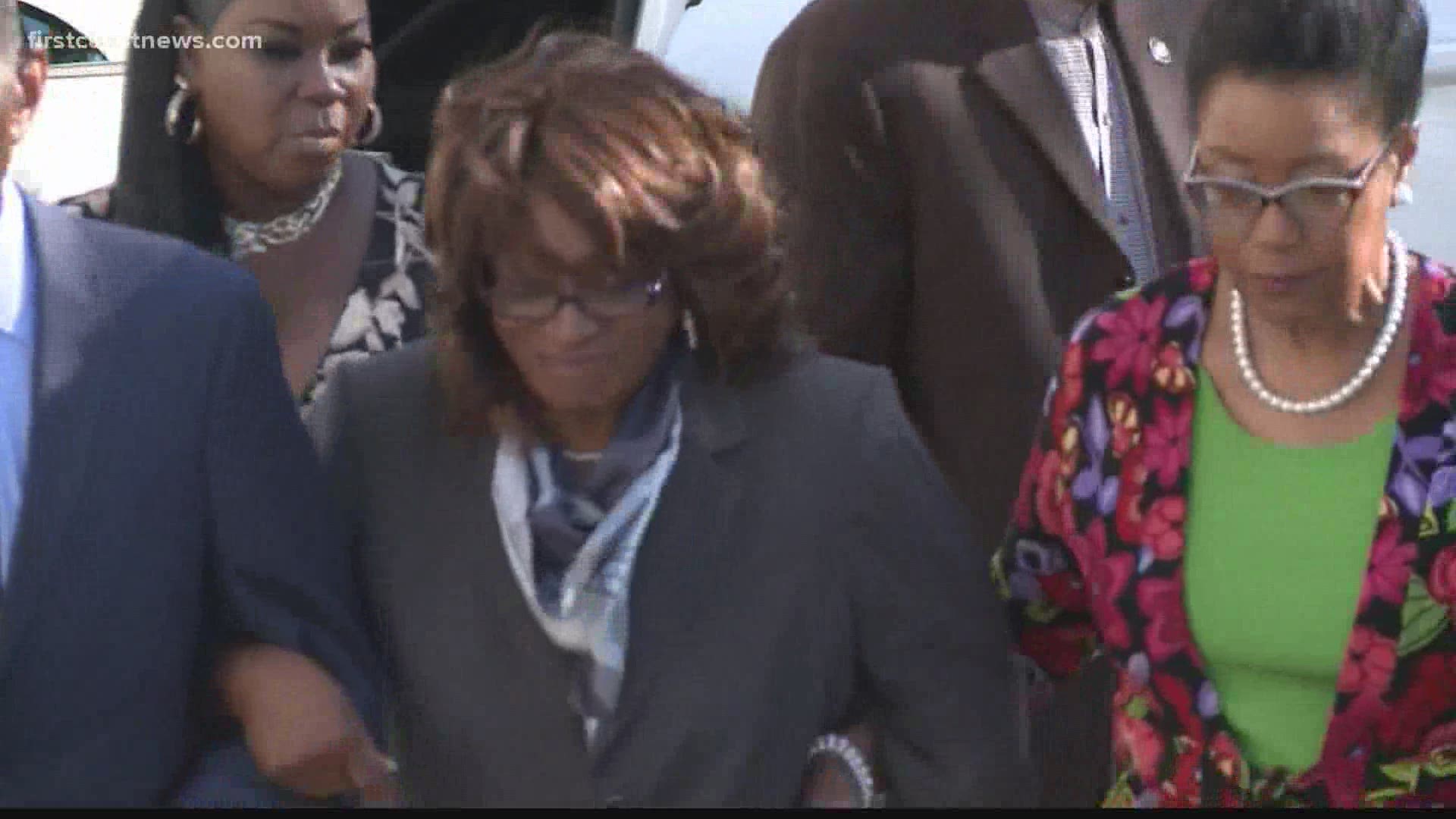 JACKSONVILLE, Fla. — Former U.S. Congresswoman Corrine Brown won her petition for a rehearing before all of the judges of the 11th Circuit Court of Appeals, known as an “en banc” hearing.

The ruling discards the finding of a three judge appellate panel that upheld her conviction in January.

There is no date set for when the case will be reheard.

Brown was convicted in May 2017 on 18 of 22 corruption charges ranging from mail fraud to filing false tax returns. She was sentenced in December of that year to five years in prison, but was released for health reasons earlier this year after serving less than half of her five-year sentence.

She appealed her conviction to the 11 Circuit, where a three judge panel upheld her conviction -- with one judge dissenting. At issue was District Judge Timothy Corrigan's decision to remove a juror who said the Holy Spirit told him Brown was innocent. Shortly after the juror was removed, a verdict was reached.