Beyond the Ballot: Amendment 2 and raising Florida's minimum wage

If passed, Amendment 2 would increase those wages by about a dollar each year until 2026 when it would reach $15 an hour, $12 an hour for tipped employees. 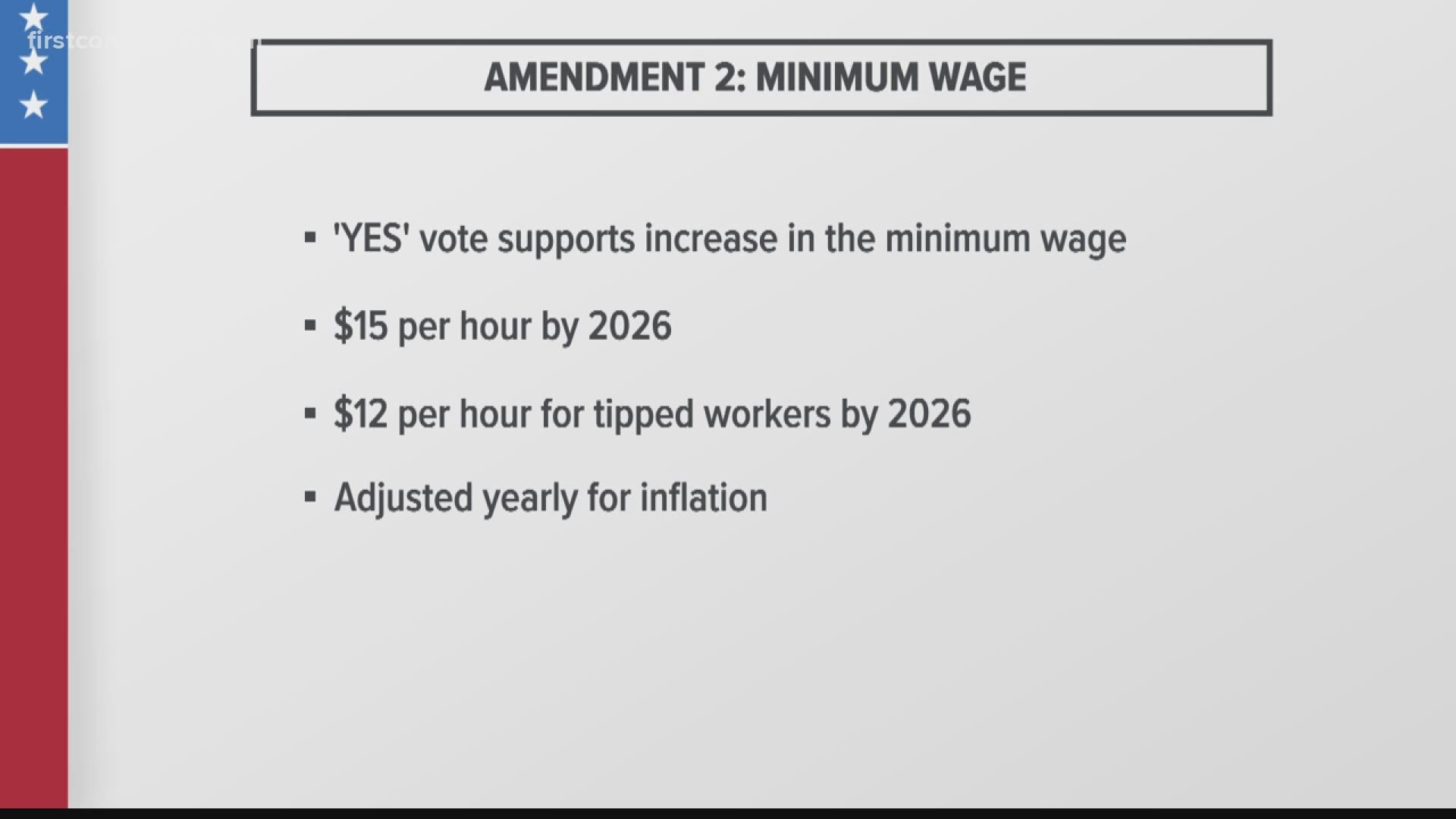 JACKSONVILLE, Fla. — Amendment 2 is on Florida ballots this year, which deals with raising the minimum wage to $15 an hour by 2026.

Currently, Florida’s minimum wage is $8.56 per hour and $5.44 per hour for employees who receive tips.

If passed, Amendment 2 would increase those wages by about a dollar each year until 2026 when it would reach $15 an hour or $12 an hour for tipped employees.

So what does each option mean?

A 'YES' vote supports increasing minimum wage to $15 an hour — $12 for tipped on a schedule until 2026 then adjust yearly to inflation.

A 'NO' vote means keeping the minimum wage as it is and continues to adjust for annual inflation.

The amendment must be approved by 60 percent of voters to take effect.

Researchers at the Massachusetts Institute of Technology calculated Floridians need to earn at least $12.39 an hour as a livable wage. For those making the minimum wage, that comes out to be about 2,900 working hours a year or about one and a half full-time jobs to afford housing, food and utilities for one adult.