Boxes will be placed in the lobby or outside the precinct building according to Duval Supervisor of Elections Mike Hogan. 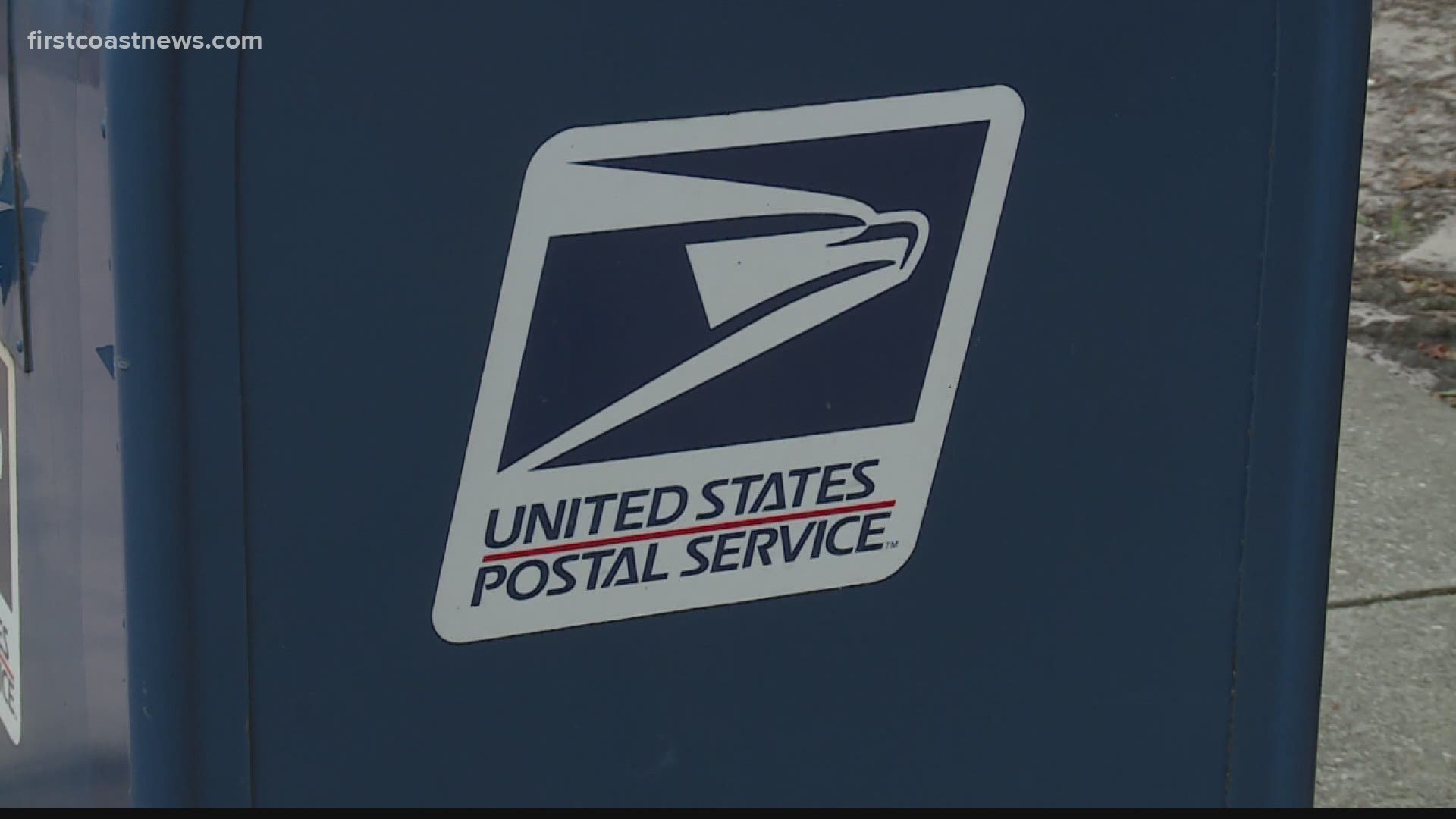 JACKSONVILLE, Fla. — The first vote-by-mail ballots will be sent out to Duval County voters starting September 24.

More than 130,000 ballots will be sent out, which is the most in the first drop according to Supervisor of Elections Mike Hogan.

Millions of Floridians will vote by mail in the November election. COVID-19 among the reasons why some are avoiding the in-person option to cast their ballot.

Vote-by-mail ballots can be mailed, but also placed in secured drop boxes at early voting locations. For Duval County that's 20 early polling places. Boxes will be placed in the lobby or outside the precinct building.

Clay County Supervisor of Elections Chris Chambless confirmed seven locations of drop boxes during the early voting period. And in St. Johns County there will be ten sites.

You can find locations on your local Supervisor of Election's office website.

Hogan explained securing the boxes is a priority.

If you plan to mail your ballot, USPS says get your ballots in the mail at least a week before Election Day.

Hogan said if Duval County voters are not dropping-off at an early voting location, they can bring the sealed ballot on Election Day to the main office at 105 E. Monroe Street in downtown Jacksonville.