People said they left feeling even more confident in their decision as they head to the polls for the next few weeks. 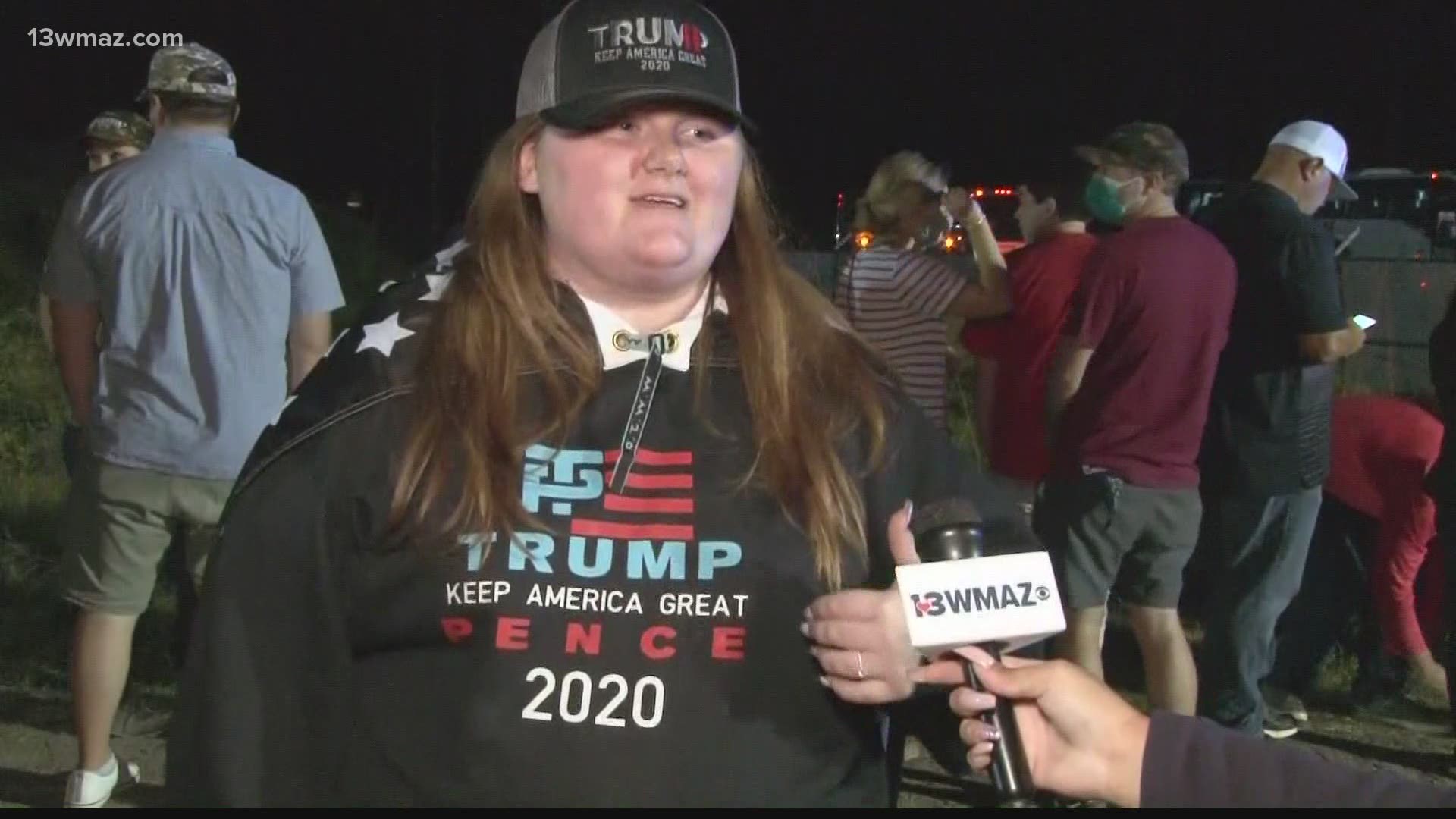 "I'm not a Republican, I'm not a Democrat, I'm just an American and I've never really been into politics, but a couple days ago, it was my 18th birthday so President Trump will be the first person I vote for. I just had to come over here and say that," says Kinsley Ann Hadaway, from Alabama

"I think that a lot more people showed up than what they thought. I think the parking was really difficult, but other than that, it was a really good turnout and there's a lot of support for Donald Trump," said Tanner Bone of Warner Robins.

When we asked his favorite part of the rally, Bone adds, "Probably his Second Amendment, when he was speaking about how the Second Amendment is at risk right now, I like that he supports that."

Cameron Bligen from Peachtree City said, "Tonight's rally has been great. I think that people need to see that this country is united and not as divided as the fake news wants you to see."

Shawn Evanuk from Centerville said, "Second Amendment rights, the fact that he's all for what America stands for, that's basically it in a nutshell."

13-year-old Daniel McElheney from Jones County said although he can't vote, "He's my favorite president and he's done so much for America and I think he's great."

There was a long wait time for buses to get back to the parking lots after the rally, and some people chose to walk the 1.25 miles to their cars instead.