In photos and video sent to First Coast News, several Thomasville High School players are seen hooked up to IV bags on a metal stand being wheeled down a hallway and on a school bus. 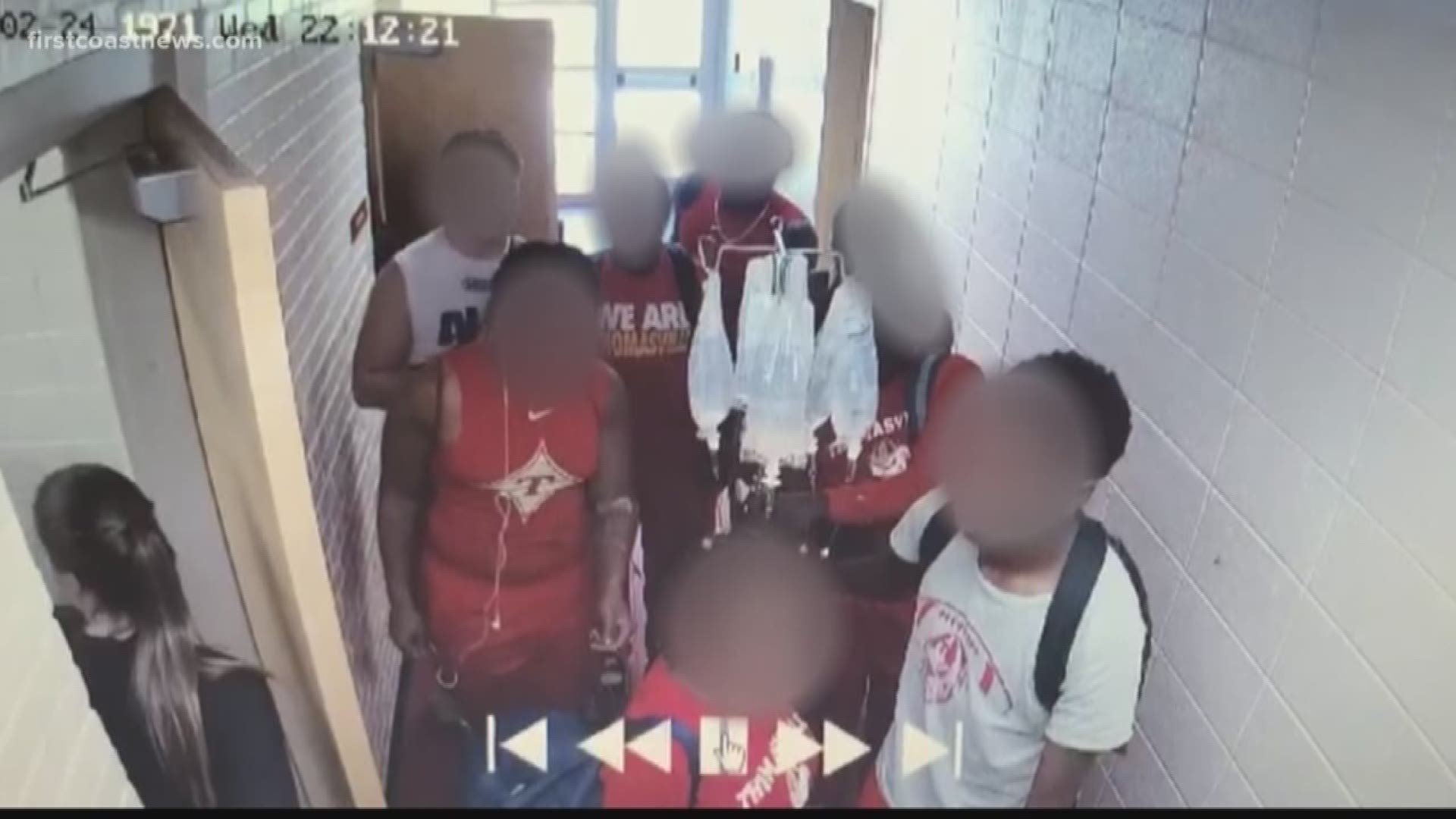 In Thomasville, about 43 miles west of Valdosta, where high school football is king, players are using saline intravenous fluids therapy (IV) to prevent and reduce cramping prior to games.

In photos and video sent to First Coast News by a source who asked to remain anonymous, several Thomasville High School players are seen hooked up to IV bags on a metal stand being wheeled down a hallway and on a bus. 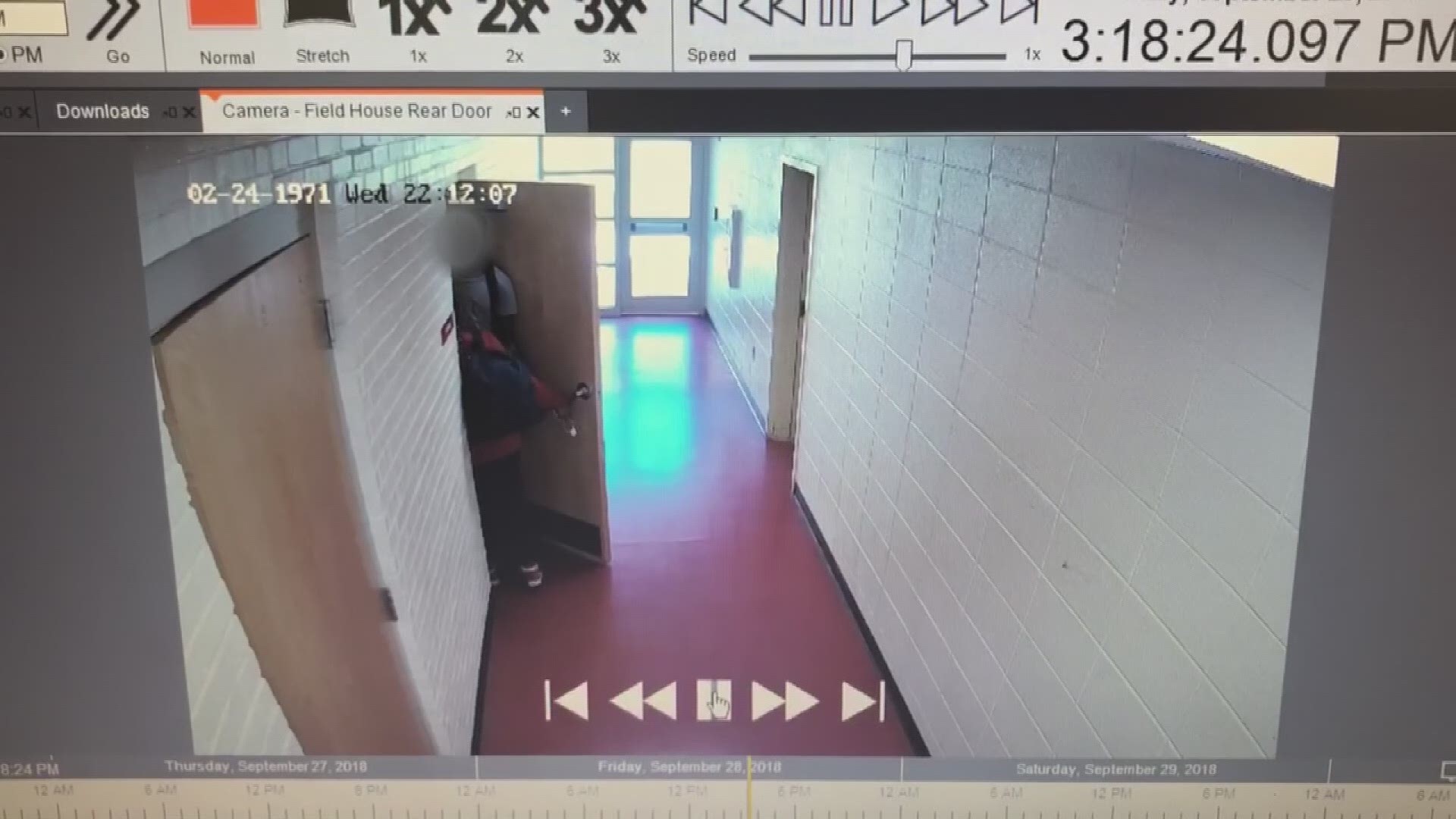 The superintendent of Thomasville City Schools, Laine Reichert via email said that a doctor prescribes the pre-game therapy and certified nurses monitor the IVs.

Hydrating athletes through their veins isn’t a new concept; players in the NFL and at the college level have reported using pre-game IVs to increase stamina on the field.

Using IVs on teenagers in high school before a game, however, is questioned by medical professionals like sports medicine surgeon Dr. Kevin Murphy with Southeast Orthopedic Specialists. Even more concerning: using the IVs while on a school bus and in a hallway.

“It just seemed very unnecessary and almost third world medical care,” Murphy said. “Sterility is an issue. When we do medical treatment, we like to do it the cleanest if not most sterile environment. Certainly, a high school locker room or school bus is not one of those things.”

Murphy, who is unaffiliated with Thomasville High School, but serves as team physician for several Florida high schools, worries the IV use shown video carries a risk of infection.

“If it isn’t put in correctly or it slips out and it is bumped around because they are walking around the hallways with an IV in could pull free,” Murphy said. “Then all that fluid you are trying to get into their vein goes into the skin or soft tissue.”

Thomasville High School players are seen hooked up to IV bags on a metal stand while riding the school bus. (Photo submitted to First Coast News)

“The colleges start seeing it done in the pros so they start doing it. Then the high school program sees it done and say ‘Why don’t we do it?’” longtime certified athletic trainer Jim Mackie said.

Mackie, of the Jacksonville Sports Medicine Program, wasn’t surprised the high school is providing IVs, but he was alarmed at the method.

“It doesn’t look like a real responsible situation.” Mackie said. “The purpose of the IV fluid is for a medical condition where the person has extreme vomiting or extreme diarrhea or something that has been diagnosed. If you haven’t properly diagnosed what the condition is, then why are you even doing it?”

School superintendent Reichert declined an on-camera interview and said in a statement:

“Our athletic staff works closely with Archbold Medical center to make sure that our athletes remain healthy and to bring them back to health when injured. In South Georgia, cramping during football contests is a common occurrence because of the loss of fluids in the extreme heat and humidity. A preventative measure that helps to prevent/reduce the cramping is the application of intravenous saline prior to a contest. A physician at Archbold Medical Center prescribes the saline drips and the IVs are applied and monitored by certified nurses before games. I can assure you that Thomasville City Schools is one of many districts that employ this preventative measure. I do want you to realize that the video you received was obtained illegally (violation of FERPA) by a disgruntled former employee and the district is considering legal action against the individual.”

An Archbold Medical Center spokesperson said they don’t give any IV therapy to high school players after being questioned by First Coast News. Reichert, in a later statement, said team physician Dr. Albert Richardson has credentials at Archbold and handles the IV prescriptions.

Richardson has not responded to multiple calls, emails and a visit to his Thomasville office since Nov. 7.

“The GHSA is silent on that issue [of IV therapy use]. We leave the doctoring to the doctors,” a Georgia High School Association spokesperson told First Coast News via email.

Former principal of Thomasville High Chip Clatto claims he was in the dark about the athletic department’s decision to hydrate players through their veins -- despite the superintendent saying team parents signed permission slips. The football team’s annual budget, obtained by First Coast News shows no expenses for medical supplies or IV bags.

“When you see [the video], it’s kind of jaw dropping. Is this the best thing for kids?” Clatto said. “From an ethical standpoint and a health and safety standpoint I would be concerned as an educational administrator.”

Clatto, who’s employment contract wasn’t renewed by the school board in May, believes the medical treatment shows a thirst to win.

“There is a football culture. The whole town comes out to support their team,” Clatto said. “Unfortunately, winning does take a precedent over health.”

First Coast News reached out multiple Northeast Florida and South Georgia school districts to see if they were using IV fluids on student-athletes before games. 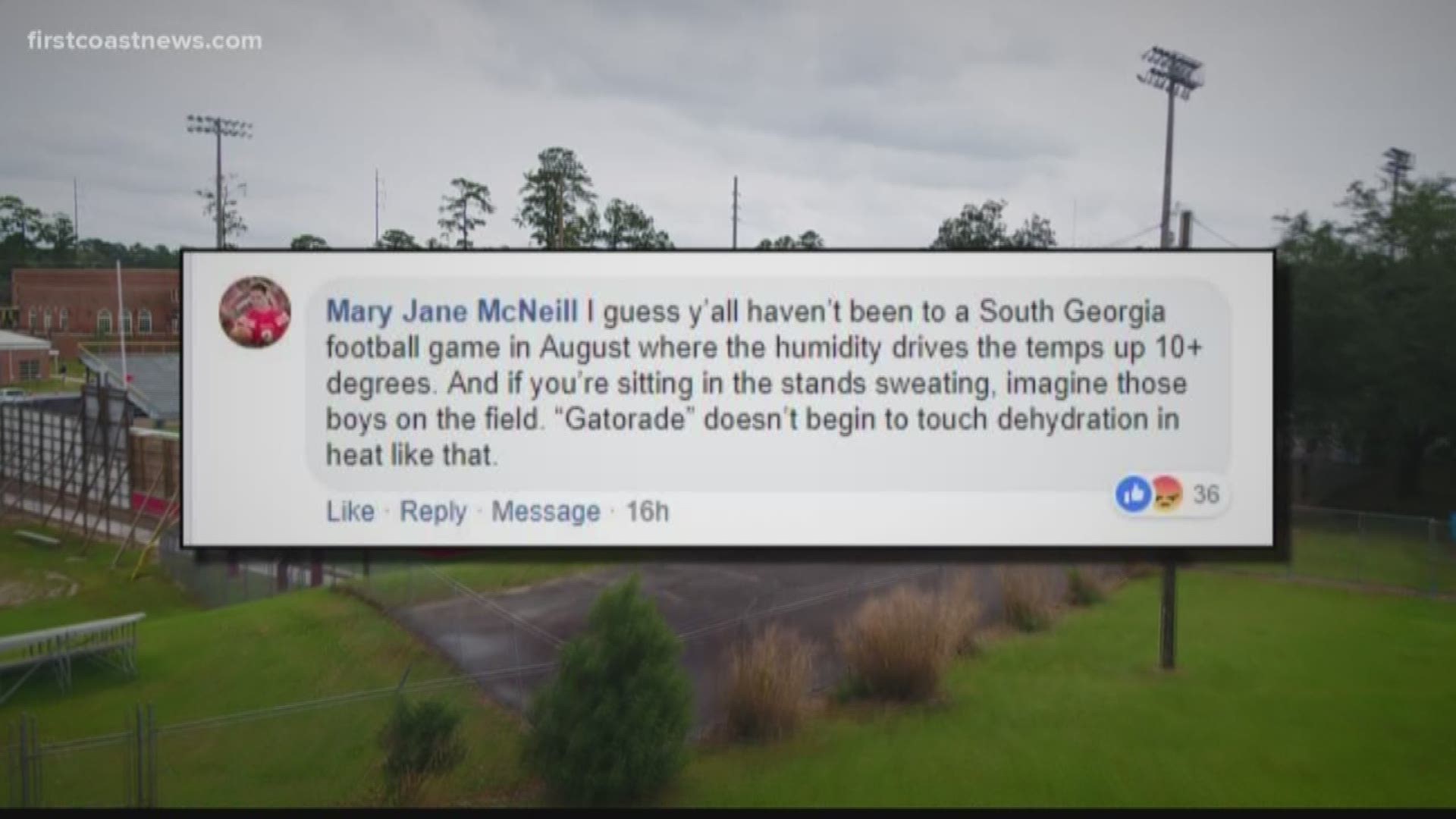 Of 15 responding school districts, none reported using IVs before a game.

The Thomasville Bulldogs were region champs last year and this year made it to the second round of the playoffs. Their season ended Friday night. The advances in pre-game preps have been successful according to Reichert who said since using IV therapy she has not witnessed any Thomasville players getting cramps during a game.

It’s a practice Dr. Murphy hopes doesn’t become the next high school trend. “It is all about football games to a point, but let’s not put our kids at risk doing that.”