There are two crossing guards at 3rd St. North and 18th Ave. North in Jax Beach, but parents say drivers are stopping on the crosswalks nearly hitting children. 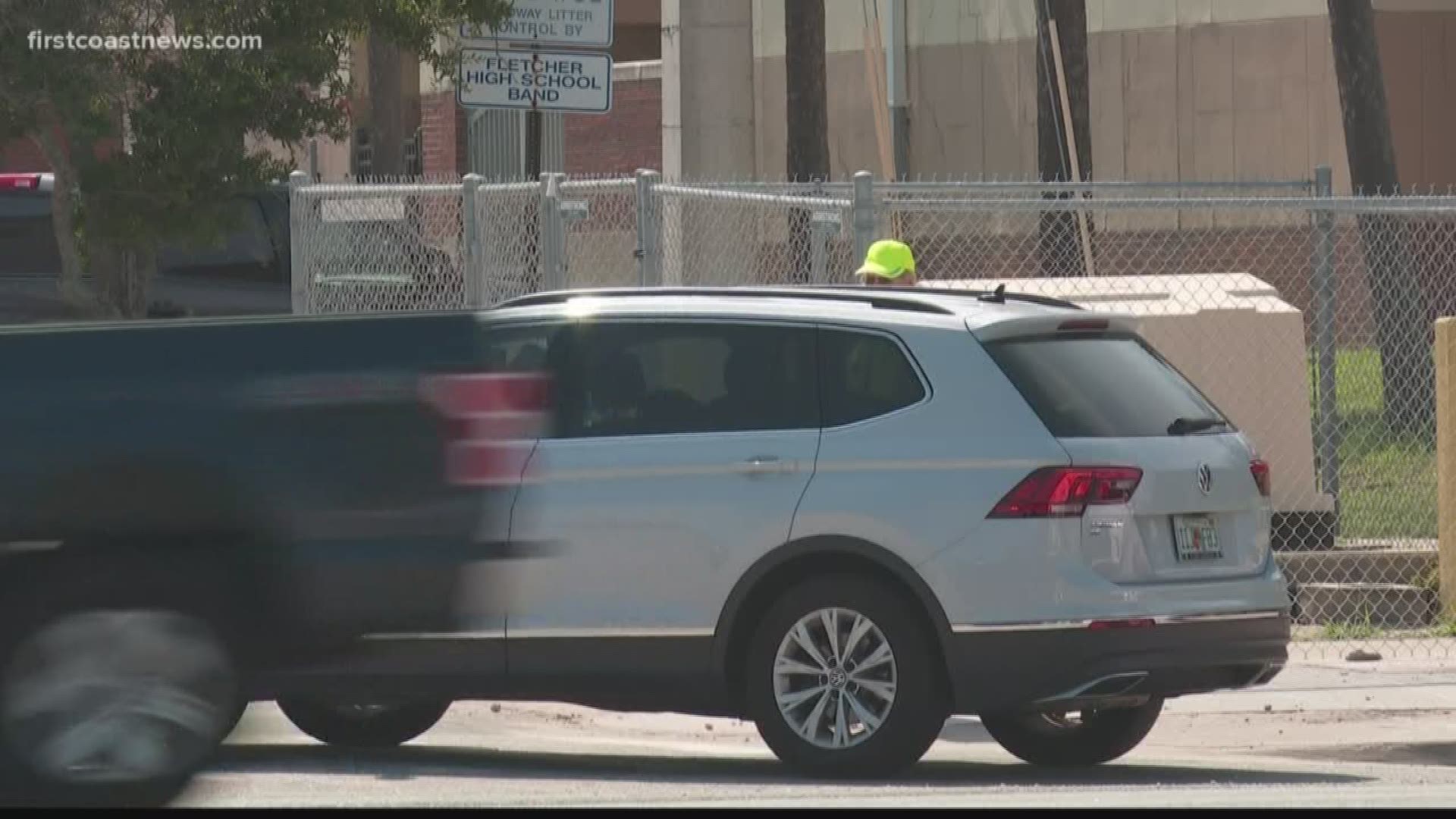 JACKSONVILLE BEACH, Fla. — Jacksonville Beach parents are making some noise about what they say is a total disregard not only to the law but to their children's safety.

"Everybody wants to block the crosswalks where these kids have to walk," said parent Shelley Amalberti. "It's not safe."

She walks her daughter home from Fletcher Middle School and says drivers often stop on the crosswalks on 3rd Street North, or A1A and 18th Avenue North, ignoring commands from the crossing guards to not block access to foot traffic.

"Most people are not paying attention in their cars," Amalberti said. "They are just on these things here."

Even the crossing guards notice the same danger. Margaret Warren says she's constantly correcting drivers about the rules of the road.

"They may be looking at something in their hand," Warren said. "I won't mention an item, but it could be a phone. Could be texting."

Adding to the parents' frustration are the flashing speed limit signs, but as we noticed, they only stay on for an hour in the afternoon when nearby San Pablo Elementary School lets out. They are not in operation during middle school or high school dismissals. Parents say drivers speed through, taking advantage when the signs are not lit.

"If it was their children, they would actually care more if they lived here," one parent told First Coast News.

Some parents want more lighting installed, including lights embedded in the ground and the crosswalk signs.

Last year, a 16-year-old was hit heading home near that same intersection.

Parents are hoping for more police enforcement and less speeding and texting.

"Everybody that has to ride their bikes has to be able to bob and weave and stuff like that through cars, especially through the high time of traffic," said one parent, who did not want to be identified.

The Florida Department of Transportation says it's up to each city to set their own times when the school flashing lights are on. First Coast News called the city manager for Jacksonville Beach for comment, but have not heard back.

Some parents say they plan to bring this issue up at an upcoming city council meeting.