Parents do it every day of the school year; they trust their children's school bus driver to transport them safely to and from school. Sometimes it takes just one incident for that trust to be broken. 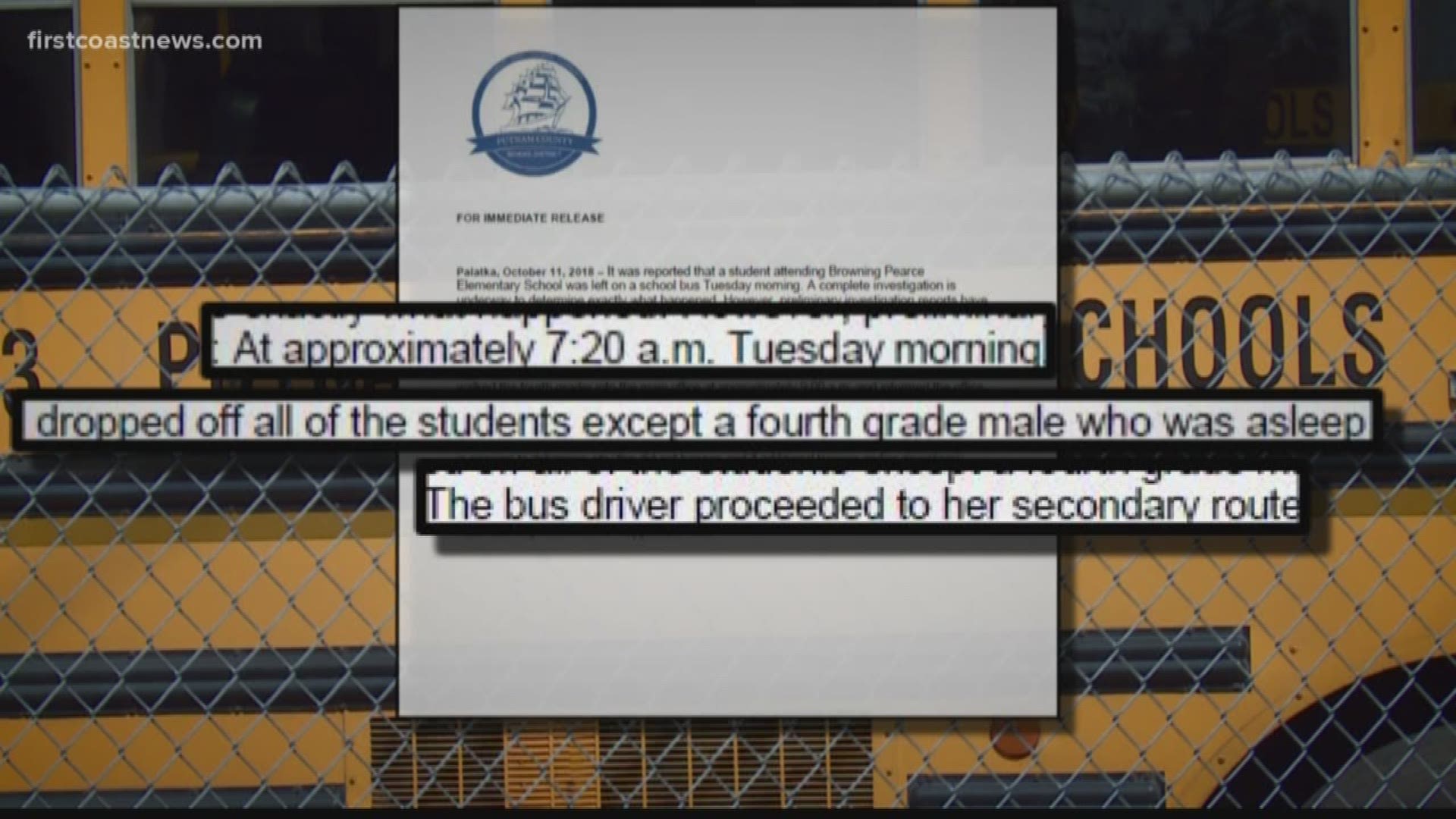 PALATKA, Fla. -- Parents do it every day of the school year; they trust their children's school bus driver to transport them safely to and from school. Sometimes it takes just one incident for that trust to be broken.

"Why was my child left on the bus and brought into school nine o' clock and I wasn't even informed," asked Virginia Wells.

It happened on Tuesday, October 9 and she is still demanding answers.

"I am not satisfied with the district's explanation," she said.

Her son is a student at Browning Pearce Elementary, and he rides the yellow school bus. He also has special needs.

"He has ADHD, he has to take medicine and it is just inexcusable," said Wells.

According to school officials, 7:20 Tuesday morning the bus in question arrived at the school and dropped off all of the students except a fourth grade male who was asleep toward the rear of the bus. The bus driver proceeded to her secondary route.

Wells, a former school bus driver, wants to know if the driver checked the bus before driving off.

"It takes 30 seconds to walk to the back of the bus walk back to the front seat and make sure no kids are on the bus," she said.

It was the other students from the secondary route who discovered her son sleeping in the back of the bus. The driver then took him back to Browning Pearce Elementary.

Wells said she would learn of the incident after her son was reported as being tardy. The school district in a statement told us:

"Procedurally drivers are required to check their buses for students after every route. Additionally, parents should be notified of students arrived to school tardy. Additional investigation is ongoing to determine why this did not happen and if additional training and/or disciplinary action is appropriate."

"It is just unacceptable that they would leave a child like that,' said Wells, " I just don't want to see another child left on a bus like that."