On Your Side: Opposition to proposed short-term rental law call it 'catastrophic'

It is a booming business in Jacksonville, one that City Councilman Jim Love believes should be regulated. 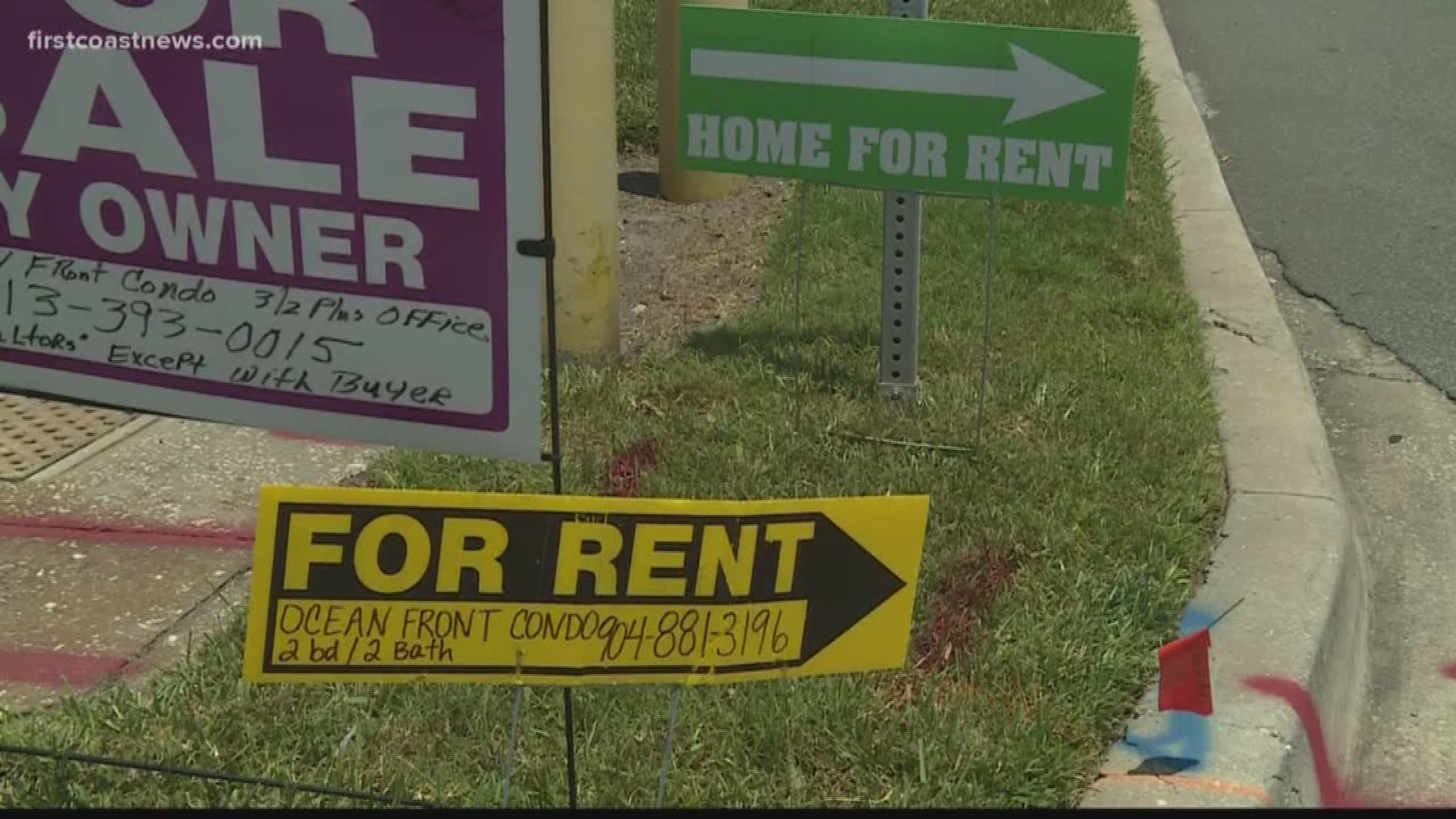 JACKSONVILLE, Fla. — It is a booming business in Jacksonville, one that City Councilman Jim Love believes should be regulated.

"I think it is necessary," Love said.

He said the number of short term rentals is staggering and they don't have to conform to city code, nor are they paying taxes.

"Moving into a neighborhood, wouldn't it be good to know how many of these are there?" he said.

His decision came after complaints from residents in his Riverside - Avondale district.

Love said the absentee ownership has not helped.

"We need to get this done because we have close to 2,300 folks doing it right now," he said.

Short term rentals are those properties available for rent by the day, up to six days.

Gretchen Kornutik operates short term rentals with Sun Coast Beach Vacations. She is pushing back on what's being proposed.

"We need to look at the whole picture," she said.

Why? She said Jacksonville's Medical Tourism industry and others would be adversely impacted by what's being proposed.

"They're rushing into legislation that is going to be catastrophic for this town," said Kornutik.

Even so, she acknowledges changes are necessary but not as wide sweeping as being considered.

"Are there a few bad apples out there? Yes. Do they need to be handled? Yes," she said.

She is now working with realtors, hoteliers, and the Chamber of Commerce

"I don't have the solution but I think we have to slow down and come up with a solution for the majority," said Kornutik.

These are some of the requirements in the proposed legislation:

• The maximum number of bedrooms for rent is limited to three and limited to two adults per room.

• One off-street parking space per bedroom must be provided and all advertising must indicate the number of spaces allowed.

• Use of an accessory structure, not legally built for residential use is prohibited.

• The short-term vacation rental cannot be used for commercial purposes or events such as weddings, meetings, and parties.

• General liability insurance is required at a minimum of $1 million per occurrence for each property.

• Facility exteriors cannot be modified from the residential character by signage, lighting, color or materials.

• Operation of the short-term rental cannot create a nuisance to other properties.

• A contact person must be available 24 hours a day while in operation and must verify the number of renters and vehicles.

• The property owner is responsible for all taxes, fees and other charges connected with the operation.

Councilman said his Inbox has received emails from those who are opposed to the recommendations and he is listening.

"I have removed some Items from the bill; we are going to have some public hearings,' he said.

His city council term ends June 30 and he hopes to have it heard and approved before his term is up.

"The way it is written now we are absolutely opening the city to discrimination and that's a problem," said Kornutik.