Every year thousands of Floridians lose their lives from opioid abuse. Across the state in Florida, Duval, Clay and Nassau are three of the worst counties for fatal fentanyl overdoses. The Mayo Clinic has a team working to combat the epidemic. 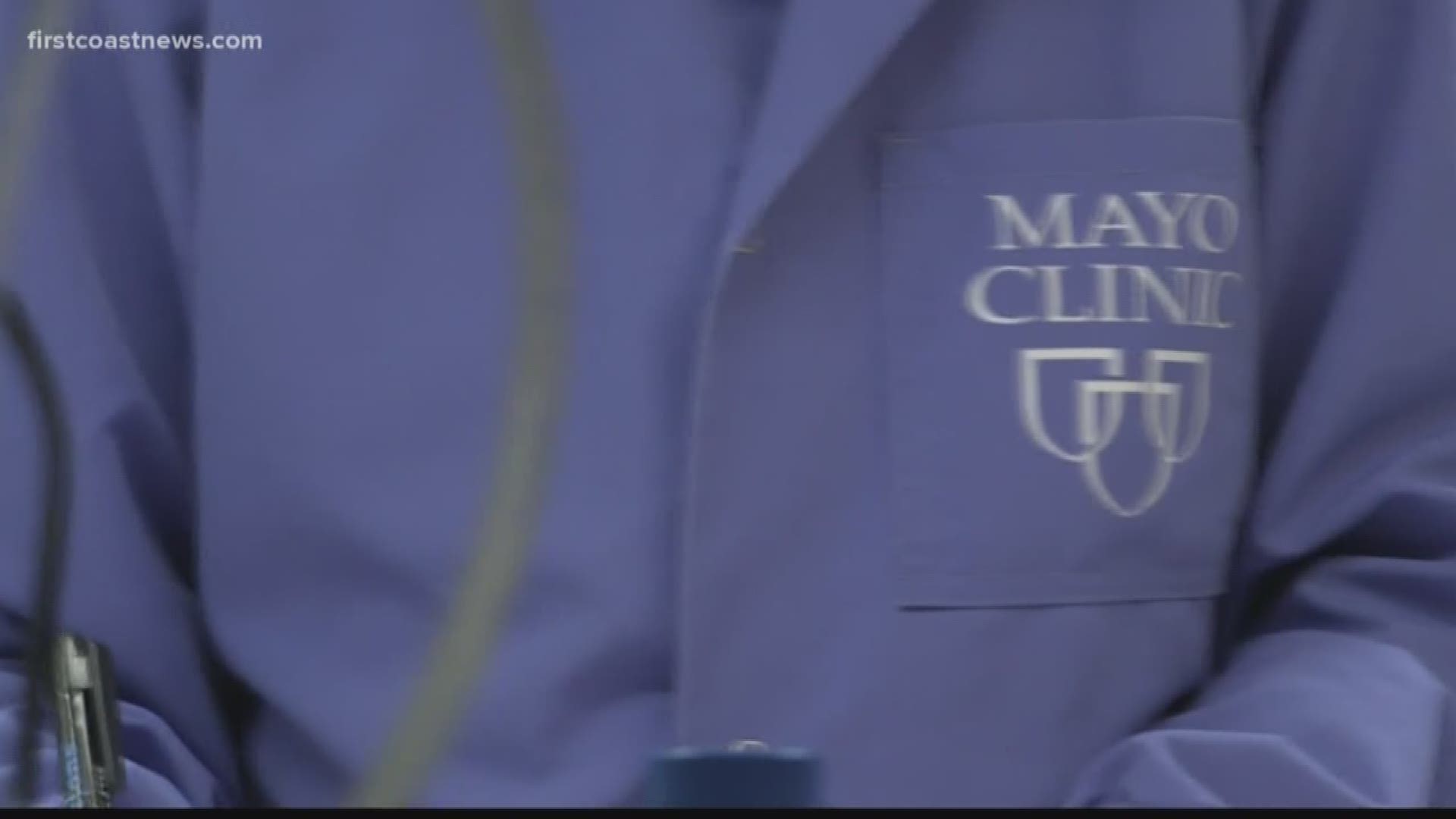 JACKSONVILLE, Fla. -- Every year thousands of Floridians lose their lives from opioid abuse. Across the state in Florida, Duval, Clay and Nassau are three of the worst counties for fatal fentanyl overdoses. The Mayo Clinic has a team working to combat the epidemic.

They just released the results of a study that surveyed Americans across the county in regard to opioid abuse.

Some of the major takeaways from the study include:

Former Opioid addict Kristin is now in rehabilitation at Gateway in Jacksonville. She says she was never told about alternatives and would have gladly taken a doctor up on different option if she had known.

“I know there’s a lot of people who are like, ‘how did this happen?’ They came from a great family, didn’t even drink beer, and then they are addicted to heroin,” said Kristin. “It was never explained to me that you do get a physical dependence on these things.”

Since she was a young girl, she used narcotics to cope with mental and physical pain.

“I have severe endometriosis and I would call the doctor and he would give me whatever I needed,” she said.

When she tried to quit most recently, she found out she was pregnant and needed a C-section. She told the doctor her history of drug abuse but she was still prescribed opioids and that set her back once again. She says now she knows there are alternatives.

New research from the Mayo Clinic may help break the vicious cycle of people getting addicted to opioids. Dr. Steven Porter is an anesthesiologist at Mayo in Jacksonville and he oversees their Stewardship Program which focuses on Opioid research.

“I think parents need to be their children’s advocate, but we all need to be our own advocate because this is a battle,” said Dr. Porter. “The majority of Americans don’t see themselves as at risk, they see it as the ‘other’, there’s a disconnect.”

Their study found Nearly 80% of Americans view chronic pain as a reason to use opioids, despite studies that say opioids are better for acute pain and over the counter painkillers can help with chronic pain.

The study also found that 94% of Americans would choose an alternative to opioid pain relievers following surgery but those alternatives, like physical therapy and acupuncture, are rarely talked about. That’s what they want to change.

“We need to get away from the idea of pain free surgery or that you need to be overly medicated because it’s not in your best interest.”