Gov. DeSantis scores a 72-percent approval rating in the latest survey by UNF. Most respondents say yes to recreational marijuana and immigration database. 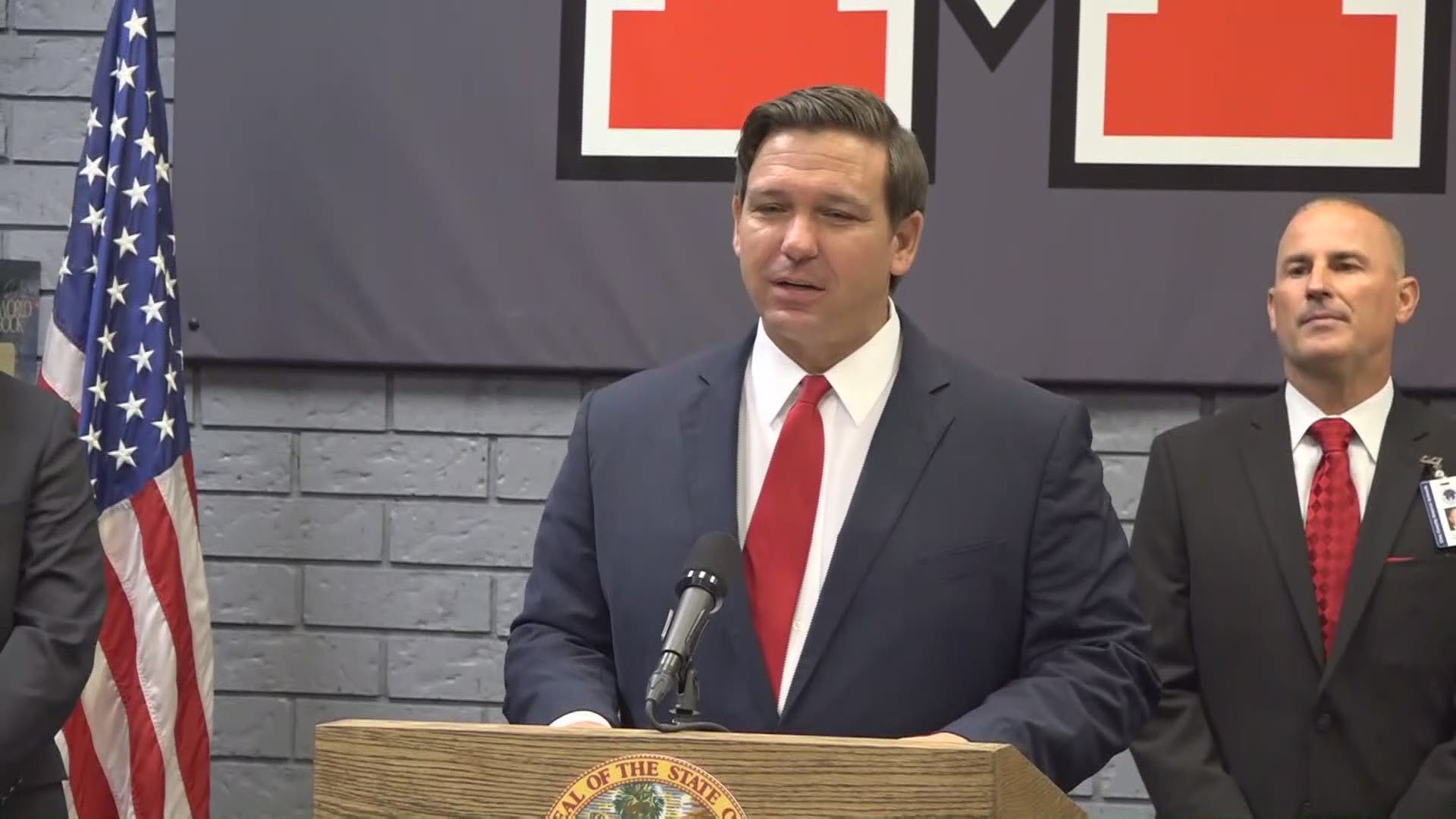 JACKSONVILLE BEACH, Fla. — Floridians are mostly happy with their governor but less so with their U.S. senators, according to a new poll by the University of North Florida’s Public Opinion Research Lab.

It’s latest survey also shows most people in the state favor legalizing recreational marijuana and support an immigration database to check whether workers are eligible to hold jobs in the U.S.

DeSantis’ job approval is highest among Republicans at 91-percent, but 56-percent of Democrats also approve of his efforts.

“Working on bipartisan issues and acting in a reasonable fashion during the recent hurricane season are contributing to his popularity in a state where the governor isn’t historically popular across parties,” Binder said.

U.S. senators Marco Rubio and Rick Scott, both Republicans, are not breaking the 50-percent mark in their ratings. Forty-eight percent of respondents say they approve of Rubio, with 34-percent saying the disapprove. For Scott, the numbers were 49-percent and 32-percent respectively.

The poll looked ahead to the coming legislative session, which starts in January, asking respondents about a number of issues. Binder said the numbers on the legalization of recreational marijuana were surprising.

Sixty-four percent of respondents said the support legalization, while only 33-percent voiced opposition. The number of supporters was higher among Democrats (73-percent), but still high among Republicans (54-percent).

“Though it’s very unlikely a Republican legislature will legalize recreational marijuana this session, it’s fascinating that even a majority of Republicans support legalization,” Binder said.

Immigration is always a key issue in the state and the poll shows strong support for requiring businesses to use a federal immigration database (E-Verify) to check workers’ eligibility. Most respondents (71-percent) support it, while 23 oppose it. Republicans showed the most support, at 81%, but even most Democrats said they agree with the idea.

“The bipartisan support for E-Verify could buoy this issue during session, but business interests are often opposed to state-level action on immigration verification systems,” Binder said. “Republican opposition to allowing undocumented immigrants to obtain drivers licenses suggests this issue probably won’t get addressed this session.”

The survey also asked if undocumented documents should be allowed to get drivers licenses. Responses broke down to 38-percent in support and 59-percent opposed. Most Democrats (61-percent) said yes, while only 12-percent of Republicans expressed support.

“The bipartisan support for E-Verify could buoy this issue during session, but business interests are often opposed to state-level action on immigration verification systems,” Binder said. “Republican opposition to allowing undocumented immigrants to obtain drivers licenses suggests this issue probably won’t get addressed this session.”