In Jacksonville, there are about 1,400 fire and rescue first responders. Many of them have experienced Post Traumatic Stress Disorder (PTSD). 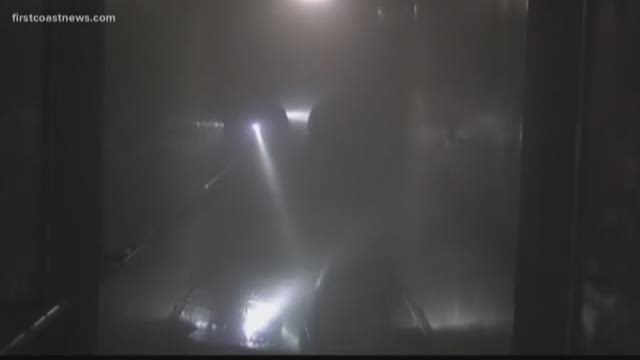 JACKSONVILLE, Fla. -- In Jacksonville, there are about 1,400 fire and rescue first responders.

Many of them have experienced Post Traumatic Stress Disorder (PTSD).

"It is a real problem in our occupation," Randy Wyse said.

Until Florida Senate Bill 376. In order for a first responder with PTSD to get help through the Workers Compensation Program, the PTSD had to be associated with a physical injury.

Wyse who heads the Association of Firefighters knows first hand the effects of PTSD.

"There's a run that I was on, Wyse said. "The gentleman had died and his Nextel was going off and I could hear his friend going 'hey man where you at,' where you at' and I went wow. I could recall that like it was yesterday."

He said it may not happen with one emergency call, but he said the longer you're on the job PTSD becomes a reality.

"We have a high divorce rate in the service and some substance abuse issues' Wyse said.

And it has apparently resulted in a rising suicide rate among first responders.

“...I have spent a lot of time in firehouses across our state and I quickly found out PTSD is a hidden killer among our first responder community. Our firefighters are attempting suicide at a rate five times higher than the general population and they are thinking about suicide more than nine times higher than the general population," Patronis said.

He ran into strong opposition during the legislative process but he remained determined to change the current law and increase their mental health benefits.

"I vowed to fight for our firefighters and first responders until we got them the benefits and covered treatments they deserved," Patronis said. "I am pleased to have seen the Florida Legislature join me in this fight resulting in the unanimous passage of Senate Bill 376."

The bill covers firefighters, police officers and EMTs. In the most simple terms, it changes the Florida Workers Compensation law when it comes to eligibility for benefits.

"Now they can get help without first having to prove that the PTSD is connected to a physical injury, " Wyse said.

Florida Gov. Rick Scott has 15 days to sign the bill into law; he as already said he will.

The bill becomes law immediately and the changes become effective Oct. 1, 2018, the start of the fiscal year for the government.

“First responders show up for us day in and day out. This week, the State of Florida showed up for them," Patronis said.