Neighbors try to stop a proposed Wawa in St. Augustine

Some people who live in the St. Augustine South neighborhood are asking county officials to block a proposed Wawa next to their neighborhood. 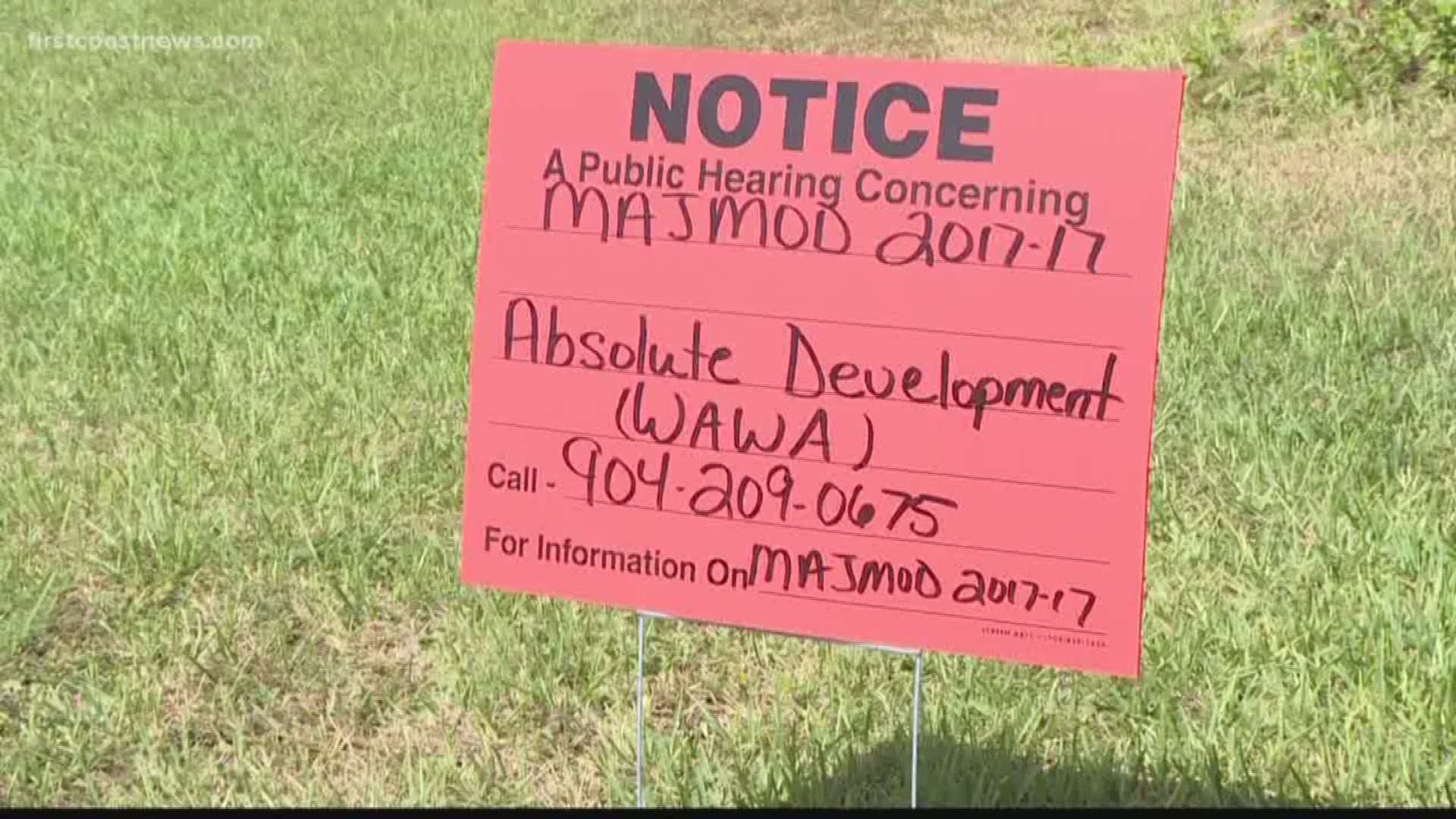 ST. AUGUSTINE, Fal. -- Some people who live in the St. Augustine South neighborhood are asking county officials to block a proposed Wawa next to their neighborhood.

Chris Childers pointed to some land behind her house. "It's literally right through those woods."

She is concerned about a Wawa gas station, convenience store, and restaurant proposed to be behind her backyard. She said it would negatively impact her neighborhood.

The WaWa is proposed for the lot where the Z-Best furniture store is located on US 1 and St. Augustine South Drive.

"The biggest thing is the traffic. This road is already really busy," Childer said, speaking about St. Augustine South Drive.

She and others are also concerned about light pollution from the new business. It would stay open 24 hours.

Karen Taylor is representing Wawa. Thursday, she told the St. Johns County Planning and Zoning Agency that intersection would be "an improved intersection."

Regarding the lights, she said, "You really won't see those lights from in here, pointing to the neighborhood. You'd really only see them as you drive along the street."

The property is zoned for different kinds of businesses. A St. Johns County spokesman said while the zoning would stay the same, the land use designation would have to change in order for a gas station to be on the property.

Childers and some of her neighbors believe a 24-hour gas station is much different than what they have with a furniture store there. She already fought off a gas station on that site 20 years ago.

"So here we are, 20 years later, doing it again," Childers said.