The frightening encounter was captured on video by a camera mounted over the bus driver's shoulder. 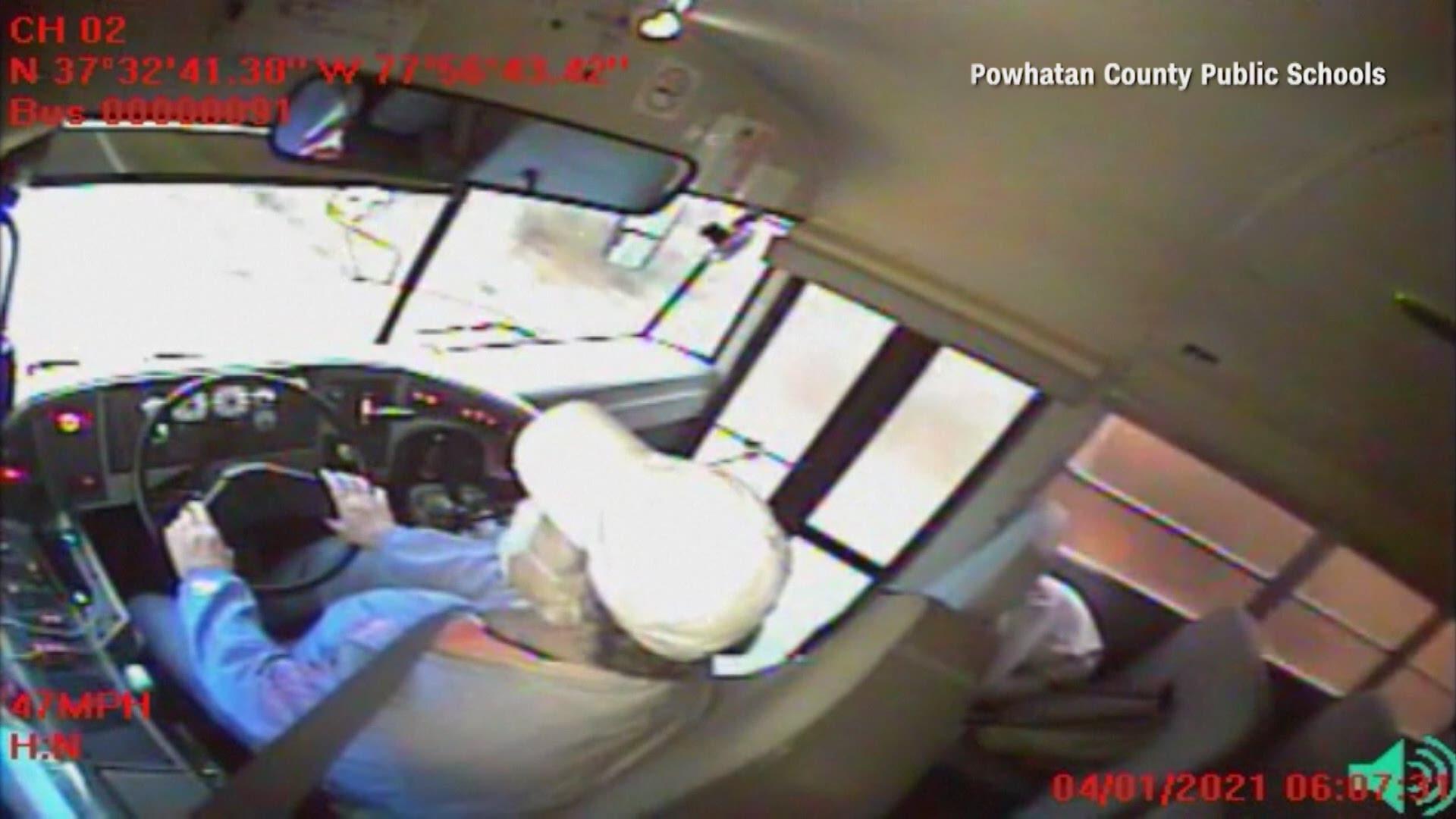 POWHATAN COUNTY, Va. — Students on a Virginia school bus can add to the list of unusual things they've encountered during this crazy school year.

The Powhatan County Public Schools bus was rolling along on the way to school when a deer suddenly crashed through the front window and landed on a student who was sitting in the front seat.

The deer seemed to flip and flop for a second, then was able to stand up.

The bus driver slowed down and opened the front door of the school bus, allowing the deer to jump out and run away.

A witness came up to the bus and told the driver the animal did not appear to be hurt as it ran across a nearby field.

No one on the bus was injured, according to the Powhatan Times Newspaper.

The school district's interim director of transportation, Brian Bartlett, praised the actions of the bus driver after the frightening encounter.

“He did very well. He was able to get the bus off to the side of the road safely, turned the four ways on while the bus was moving, and did all of this while the deer was still on the floor of the bus kicking all around,” Bartlett told the Powhatan Times. “He did a very good job at keeping the bus safe and keeping the kids on the bus safe.”

Bartlett was driving another bus route Thursday morning and was able to pick up the students from the bus and get them to school, the newspaper reported.